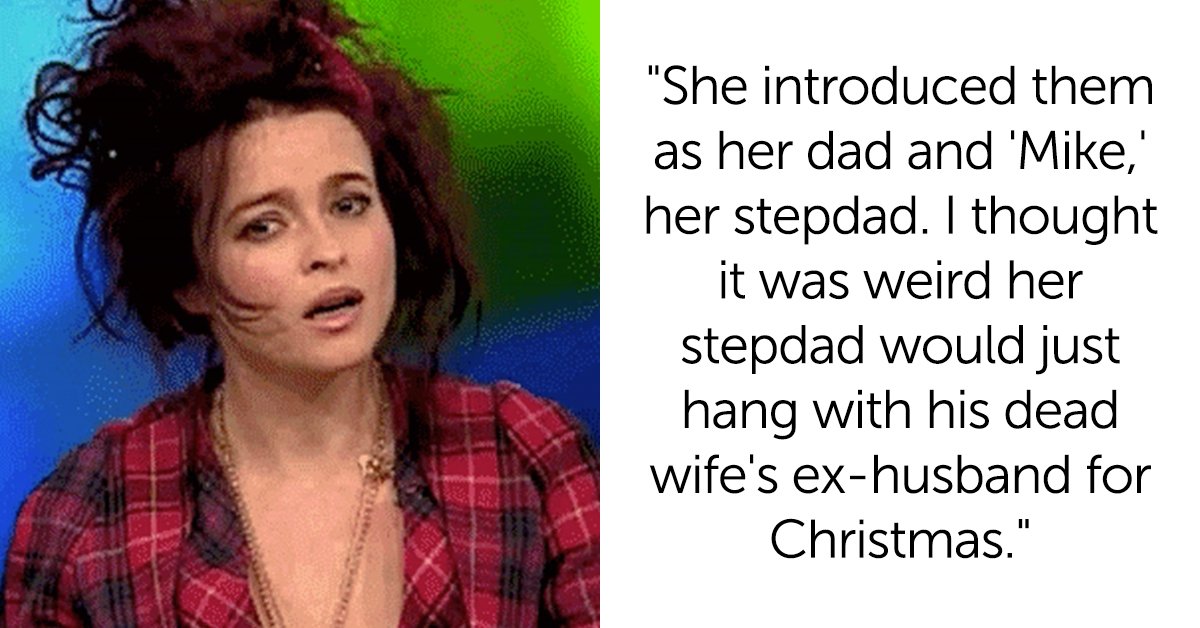 This is one of those questions that has no acceptable answer for a lot of people; you can’t assume someone is gay, but by not making that assumption, you default to assuming that they’re straight. And that’s apparently wrong too.

So u/AggravatingZombies‘s post asking if he was wrong because he didn’t assume his girlfriend had gay parents intrigued me. WAS he wrong? Let’s follow the story.

OP explains that he has been dating this woman for a year and was meeting her family for the first time over the 2022 holidays.

We started dating in January of 2022, so we’ve been together for a year. We met through mutual friends. This holiday season I met her family for the first time when we went to her parents for Christmas.

OP knew that her parents had divorced and her mother died, but the GF never told him that her father was gay.

He knew she had a dad and stepdad, but – and here’s where he may have misstepped – he thought the stepdad was her mom’s husband.

The way she talked about it I obviously knew she had a dad and a stepdad, but I assumed her stepdad was married to her mom and her dad was just her dad.

They go to Christmas and they meet her father and her stepdad, Mike. It slowly dawns on OP that the father is day.

So when we showed up she introduced me as her boyfriend and she introduced them as her dad and “Mike”, her stepdad. That was all fine but I thought it was weird her stepdad would just hang with his dead wife’s ex-husband for Christmas but I mean whatever. But as things were going I eventually realized that they were acting like a couple, from how they talked to each other you know.

So he asked and she said yes. OP explained his confusion and she thought she had made it obvious.

So when it was just me and her I was like, dude, is your dad gay? She was pretty confused why I was asking and was like, yeah? So I said, oh, like I didn’t realize that your dad and Mike are a couple because I thought Mike had been married to your mom. She didn’t seem to understand why I would have thought that, she was asking why would I think that? She said she made it obvious they are a couple. So I was trying to explain to her that she never explicitly said her dad is gay so why would I assume something like that about a guy, you know?

OP said he didn’t want to assume anything about her dad and did not know how he would have known.

I’m not going to go out of my way to figure out if a guy is gay, that’s his business, so if she doesn’t straight up say they are together as a gay male couple then how am I supposed to have known?

And now the GF is upset because she didn’t think she needed to spell it out.

Since then she’s just been weird about it. I can tell she’s upset but she will say she didn’t realize she had to spell it out for me so exactly, and doesn’t want to talk more about it because she will just get annoyed so I should let it go. Like I said, we met through mutual friends, and her best friend is the sister of my friend, and he has been telling me I should just apologize to her and get it over with.

OP isn’t sure why he’s being told to apologize, or what he should be sorry for. So: is he wrong?

But I don’t know what I would be apologizing for, being dense? Not speculating about her dad’s orientation? No one really seems on my side about it though so it kinda makes me think I’m the A even if I’m not trying to me.

While it’s a little weird that after being with someone for a YEAR he never picked up on it, OP clearly didn’t do this on purpose and people miss things. For me, this guy is definitely not an asshole.

One reader agreed, “I find it almost impossible to believe that in a year of dating, there was not one single context cue that her dad and step-dad were a couple. I don’t want to say you’re TA because I don’t think you did it on purpose, and maybe your GF didn’t talk about it much, but if there’s any possibility that you missed context cues because you too firmly mentally default to hetero couple assumptions, I think it would be appropriate to acknowledge that to your gf and say you learned from this experience.”