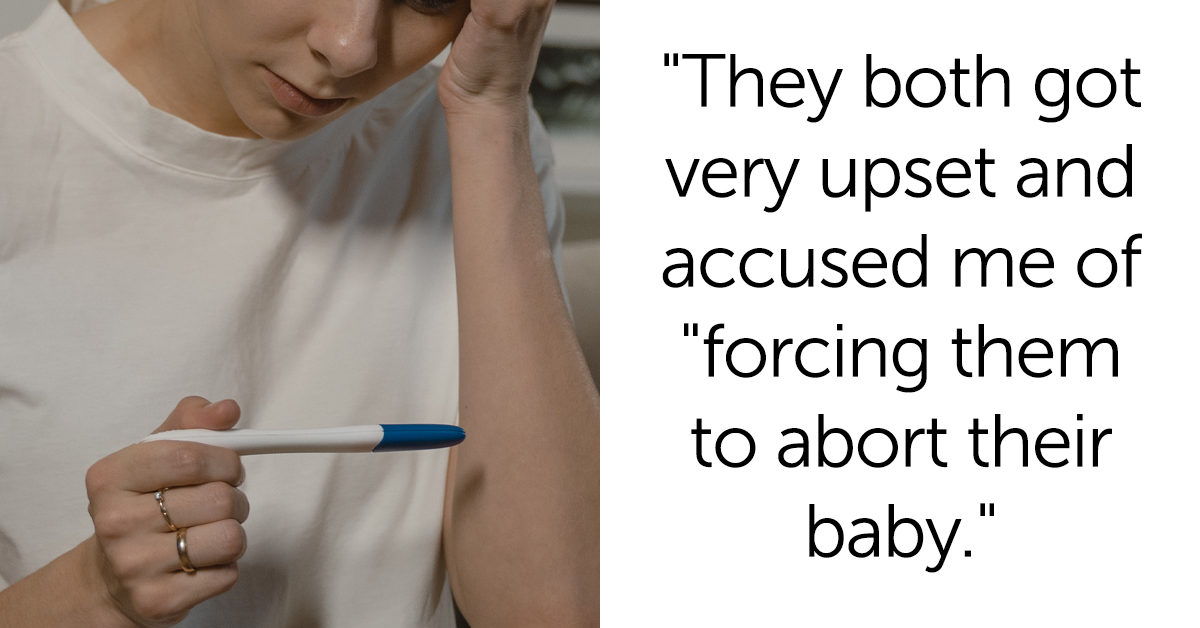 Reddit normally swings hard to one side on AITA posts asking if it’s okay to kick someone out of a living situation — particularly when one party is pregnant. Generally, Reddit likes to believe that YOU DO YOU tends to be the best option — always.

And this post from u/Nlwile3f is a bit of a head-scratcher. I’ll let them tell it.

So I’m a 24 year old who moved out of their parents place a couple years back. My parents are terrible people and we’re very cruel to me and my brother growing up. I’ve very much enjoyed the space to myself and it has been the only time in my life I’ve truly felt safe.

My twin brother (Zack ) didn’t move out and was also pretty miserable living with my parents. About 8 months ago he asked if he and his GF (Kat) could stay with me for a while, as he started school a couple years after me and isn’t financially in a place where he can afford his own place. Knowing how shitty my parents are, and how much of a good guy and gal Zack and Kat are it really wasn’t much of a decision. I just told them to chip in when they can and as long as I’m not paying for their food or anything like that it’s chill for the time being.

OP’s twin didn’t move out and was really struggling, so “Zack” asked to move in with OP. OP said yes and also allowed Zack’s girlfriend to come — they’re chipping in, it’s chill.

Things have been fine and Zack and Kat have been nothing but respectful to me and my place. The place is on the smaller side but Zack is usually at school or work and Kat works a good amount of the time, so I’m not usually super bothered by it. Their plan has been to love out once Zack graduates which will probably be 2023 at the rate he’s going. So I’d most likely be living with them another year and a half to two years.

Things are good! They’re respectful and work and it looks like the arrangement will continue for another year or two. No big deal.

Now that wasnt much of an issue to me as they don’t really have anywhere to go and I totally get not wanting move back in with out parents. The thing is tho is about a week back they revealed to me they were pregnant. While I think it’s awesome, and am excited for them, this severely throws a wrench into out living arrangement. I really can’t deal with a baby living with us for the extended future. I’m someone who’s very sensitive to noises and suffers insomnia. So a crying baby would literally make my life hell on Earth.

Aaaaand now it’s a big deal. Kat’s pregnant. And OP does not want to live with a baby.

When I asked them what they were planning on doing they said they were going to keep it as Kat doesn’t believe in abortion and they feel as if they’d make good parents ( they definitely would, they’re great people) . I said oh well congrats then! We ended the conversation there for that night.

And the couple wants to keep it — so, you know. OP’s in a pickle.

The next day I asked them what their plans were for housing in the near future as they know about my sleeping condition and how I’d feel with a baby/toddler in the house. They said theyd have to stay here as they didn’t really have anywhere else to go. I told them that won’t be happening for reasons stated earlier. They both got very upset and accused me of “forcing them to abort their baby.”

The couple is upset that OP doesn’t want them to keep living there. OP is upset that they’re, you know, bringing a baby into the living space.

TLDR: AITA for not allowing my brother and his GF to continue living with me if they have a baby?

So what do you think? It sounds like it’s a sucky situation all around and a very difficult compromise to find.

Get ready for Reddit to show 0 sympathy for the cou–

Other Redditors accuse the couple of manipulation, which is extreme. And “toxicity” (eye roll). It sounds like it’s just a tough spot for all and the couple had an emotional response to the boundaries set by OP.

What would you do?