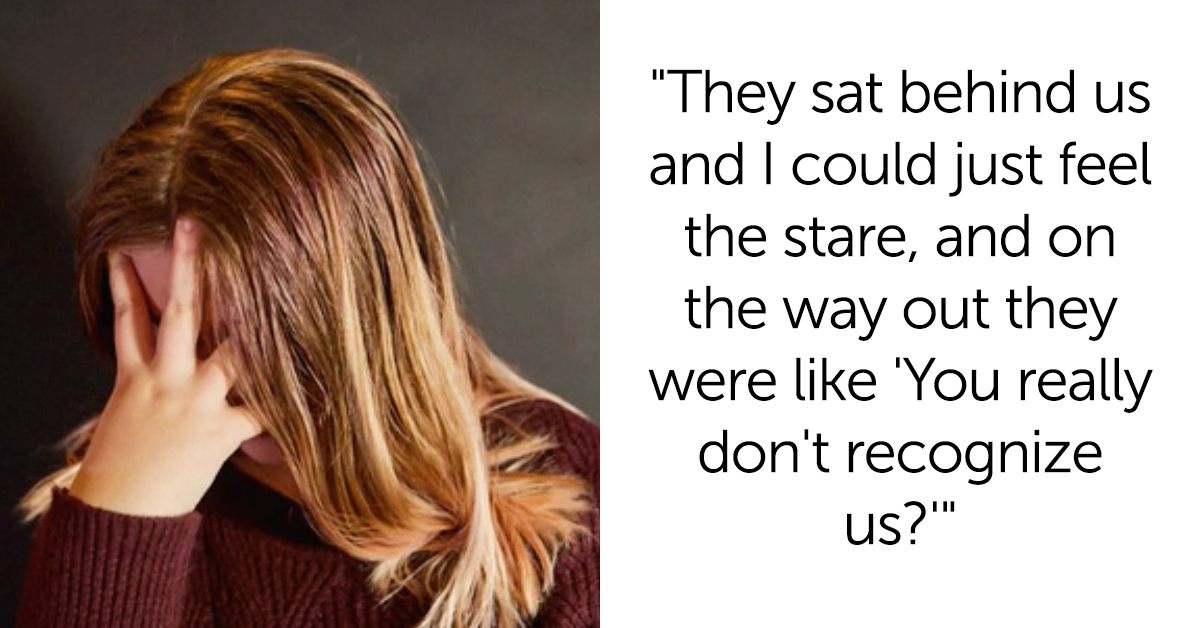 Today we have kind of a tragic AITA story from a Reddit user who wanted to know if they were wrong to ignore their parents when the parents tried to reconnect.

Redditor u/throwaway_9572847 recently asked “AITA for pretending not to recognize my parents when they tried to reconnect?” and I’m going to let them tell this pretty sad tale.

OP says that their uncle and aunt raised them because their older sister was very sick and their parents were overwhelmed.

I was raised mostly by my uncle and aunt. My older sister developed a serious illness when I was 6 and my parents decided that they couldn’t care for both of us I guess, so they kind of unceremoniously dumped me at my grandparents and my uncle took me in. Like, didn’t even explain to me what was going on, just “you’re going to go visit gran for awhile” and never picked me back up.

OP’s uncle took them in and OP very rarely saw their parents. They went no contact around 12 years old.

My grandparents and uncle explained it later, and they were pretty livid at my parents. I’ve seen my parents maybe 5 times since then and not at all for the last 9 years. I decided to stop having contact with them when I was 12 and since I was the only one reaching out all communication broke down.

The entire situation turned out alright; OP feels that their uncle and aunt are their mom and dad and was formally adopted.

It turned out ok, I love my aunt and uncle and it turns out they can’t have kids so they’ve always said I’m their miracle kid, I was just misrouted by the stork at first. I was formally adopted by them when I turned 18, I wish it had been earlier but there were some red tape things that would have made that really expensive and difficult. I’m 21 now.

OP’s sister passed away and OP attended the funeral, but avoided their biological parents.

My sister passed away between thanksgiving and Christmas and I made a trip back from school for the funeral, but I stayed in the back and left before my bio parents could talk to me. They called my uncle to try to talk to me, but I said I didn’t want to so he told them that I wasn’t available at the moment.

When OP went to midnight mass for Christmas, the parents caught up to them and tried to reconnect. OP feigned ignorance.

They finally caught up to me over Christmas when I went to midnight mass with my gran, and approached me and tried to give me a hug. I did recognize them, but I pretended not to and just backed off and said “Sorry, do I know you?” They said “We’re your parents!” and I said “My parents are at home.” and went and sat down with my gran.

The parents were hurt and kept trying, but OP was resolute that the aunt and uncle were their parents.

They sat behind us and I could just feel the stare, and on the way out they were like “You really don’t recognize us?” And I said “Oh, are you my dad’s brother? I think I remember you from when I was little.”

OP’s family has varying opinions about what happened and OP is wondering now: Are they wrong?

My gran thinks they deserved it trying to come back to me like nothing happened, but they wrote me a long letter about how hurt they are and how I should understand that they were trying to do the right thing and how they’ll always be my parents and I can’t change that. Other family members think I was too harsh as they’re grieving, but I don’t think they should get a pass just because they remembered me now that my sister is gone.

People were quick to take OP’s side. “NTA. “Are you my Dad’s brother” was pure class,” one person wrote.

“I’m also petty and think OP could cause some more well deserved damage before going NC again. “I don’t know why you keep insisting you’re my parents. Parents would never abandon their child for 15 years with zero contact. Parents would never deprive their children of a sibling relationship. Parents certainly wouldn’t suddenly remember they have another child only when their child died.” Twist the knife,” suggested another.

Someone else said, “Notice how in their letter, they only focused on themselves. How hurt they were. Then, they had the audacity to tell you how you should be and feel.”