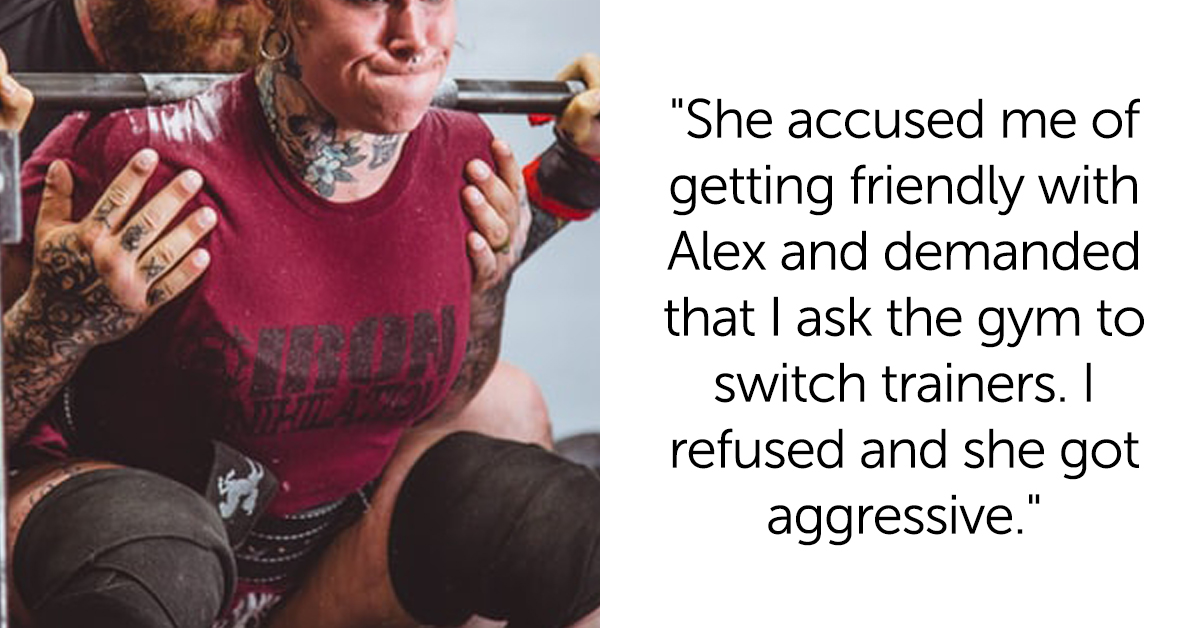 I admittedly do not know the ethics of hiring personal trainers with spouses. Or people who claim to be spouses.

And neither did u/aita-gym-trainer, who asked on Reddit’s Am I The Assh*le sub whether or not she was an asshole for not firing her personal trainer at his wife’s request. The story is even weirder than you think, so I’ll let her tell it:

A 43 year old woman hired a trainer through her gym and specifically needed someone to help with chronic pain.

I (43F) hired my trainer Alex (fake name) in mid 2018 through the gym. I asked for someone who understands chronic pain because I’ve had it for 20 years and need help managing it. Swimming did wonders until my body began to develop negative reactions to pool chemicals which was why I switched to the gym.

Alex was a dream — he helped so much that she lowered her painkiller doses.

Long story short, Alex helped beyond expectation. He helped me improve so much, a few months ago my doctor actually switched me to milder pain medication, and lowered the doses too. So as a token of appreciation I gave Alex an early Christmas card last week with a $50 gift card. The message was a simple: “Thank you for your help. Best wishes.”

It’s the holiday season, so it’s customary to give gifts to people like trainers, hairstylists, cleaning services, etc. And that’s just what OP did! Seems normal…

But then a woman approached OP while she was at the gym and accused OP of “being friendly” with her trainer — the woman’s husband! It became heated and staff removed the woman.

Today I went for solo training and a woman approached me claiming to be Alex’s wife. She accused me of getting friendly with Alex and demanded that I ask the gym to switch trainers. I refused and she got aggressive, so I got the staff involved and they removed her.

OP’s weird friends said she should’ve honored this woman’s wishes. Uh, what? why?

Later I told friends about the incident, they say I was disrespectful and should have honored her wishes. Though I don’t think Alex’s wife’s insecurity is my problem, I feel bad about possibly getting him into trouble at home. AITA?

Below, OP adds a quick edit to note that it hadn’t even occurred to her that the woman might not actually be Alex’s wife and that she is on alert now. Yikes.

ETA: Many of you mentioned the possibility of a stalker imposter and now I’m getting chills. Never even thought of that! I’ll give the gym a call first because if it’s a stalker imposter then she might harass other people too. Since I don’t have Alex’s private number I’ll ask the gym to give him a heads up. Then I’ll talk to him when I see him next week!

Reddit was pretty quick to say that the woman wasn’t the asshole in this situation; I agree, I don’t know how she could be!