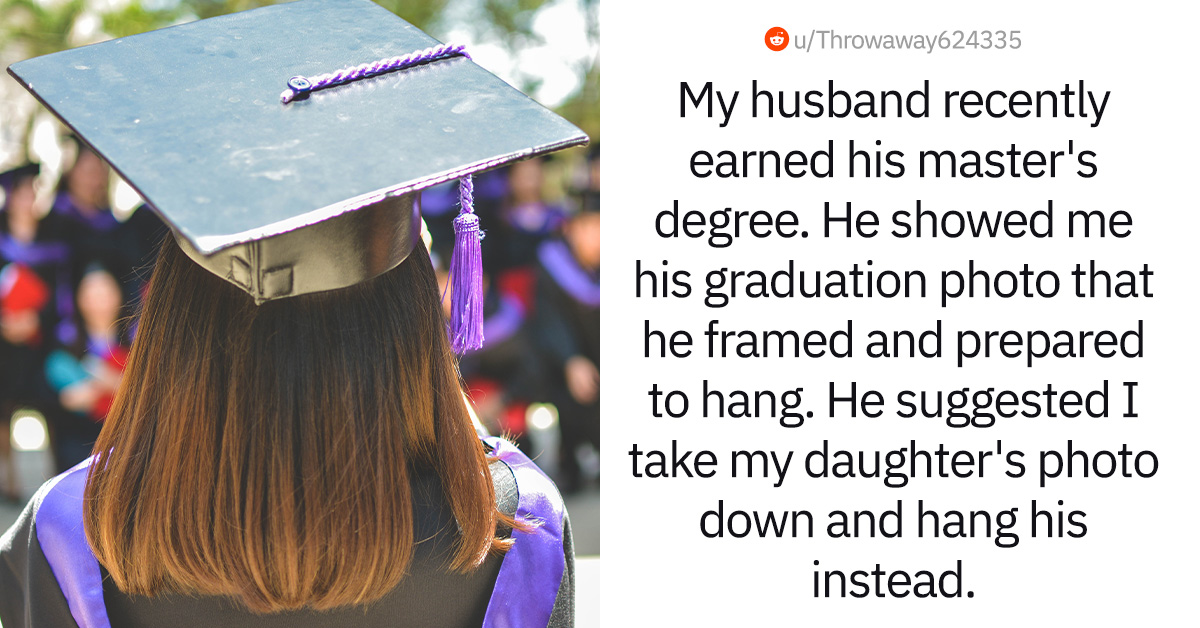 At some point in life, you’ll find out what hill you’re willing to die on, and for one mother it’s that she won’t take down her daughter’s graduation photo. Now, you may be wondering why this is even an issue for her and the answer is her husband.

For context, he’s a grown man who went back to school, and her daughter is, well, her daughter. Graduating and earning a diploma is a big accomplishment at any age, but his childish behavior understandably drove her insane.

Now she’s turned to the popular subreddit “Am I The A**hole?” (AITA) to find out if she’s a jerk for putting her foot down. Here’s what she said:

My daughter (18) graduated high school and I hung a photo of her graduation party on the living room wall. She wants to go to a community college and we’ll live with me and her stepdad while doing that.

My husband recently earned his master’s degree and yesterday, he showed me his graduation photo that he framed and prepared to hang. I asked where we were gonna hang it and he said the living room. I said, “great! right next to Amy’s graduation photo then”. He said not next to it but instead of it.

I was fuming because he refused to let her photo be hung anywhere near his and by that he has claimed the entire wall. I refused and said this photo has been here for months! and my daughter deserves to have it on display for encouragement. He got upset and said that I was making it a big deal and could instead just use the hallway hall or something but I refused.

We had an argument about it and he kept insisting on having her graduation photo be taken down and not be hung on the same wall as his due to the difference in degree value and weight also he thought that a high school photo isn’t hang-on wall worthy and called me inconsiderate of his feelings.

He says it’s disrespectful to him and his efforts and said that I’m choosing this “hill” to die on was ridiculous.

AITA for choosing this hill to die on?

As you can imagine, Redditors overwhelmingly sided with the OP in this situation, calling out his childish behavior

Some had suggestions for where his photo should be hung 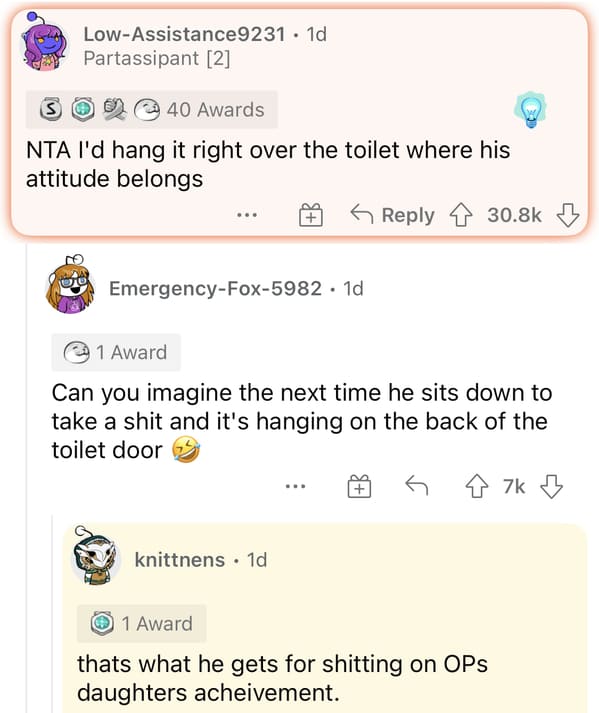 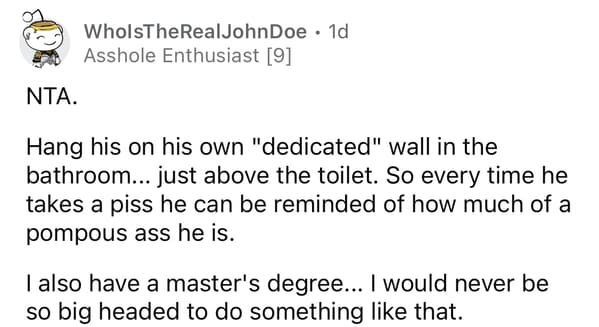 This person called out his fragile masculinity 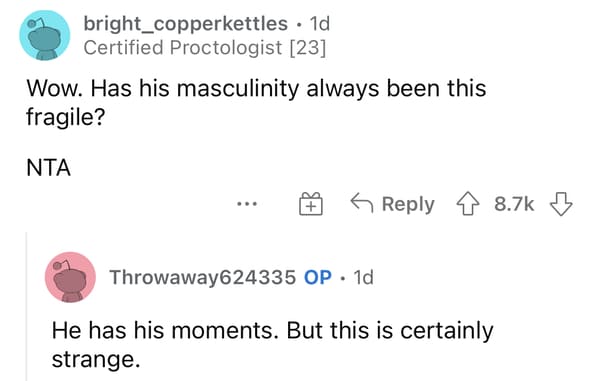 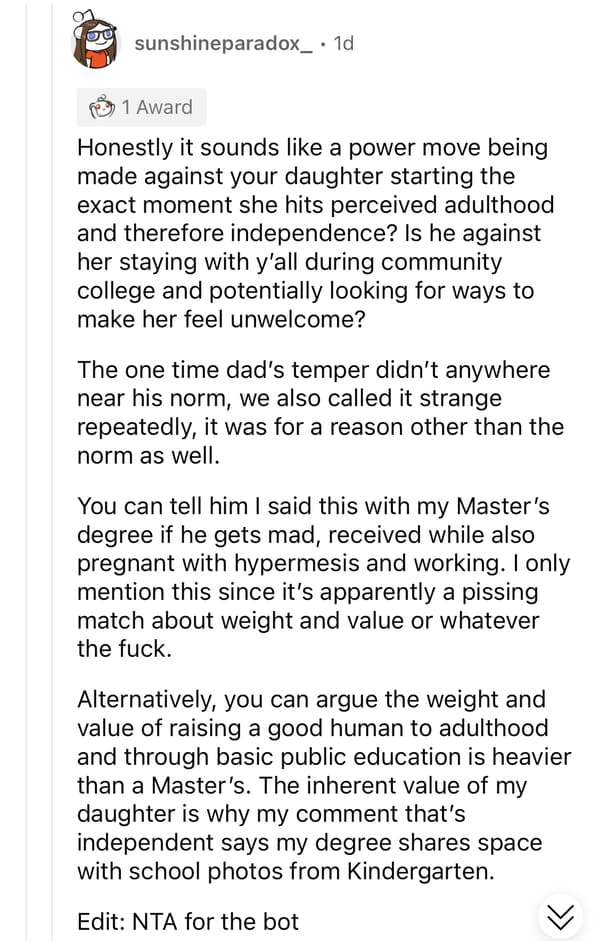 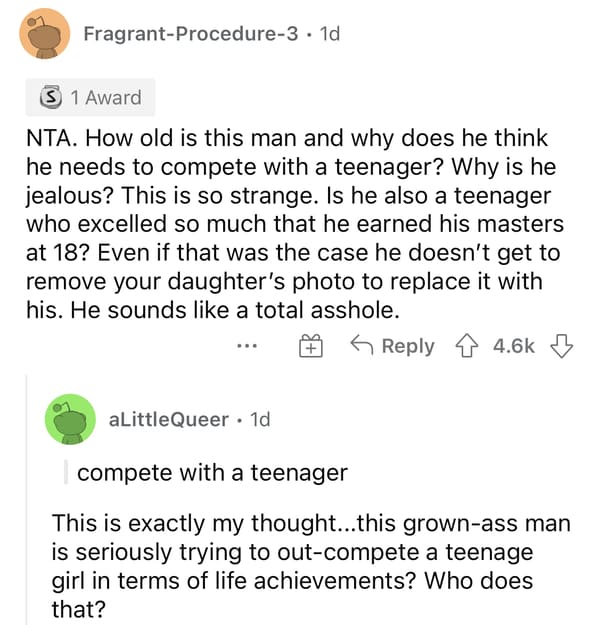 Some encouraged her to leave him for his actions and think there may be more red flags. 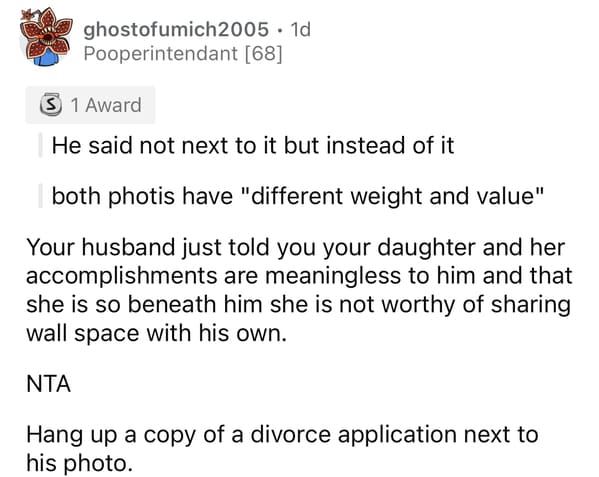 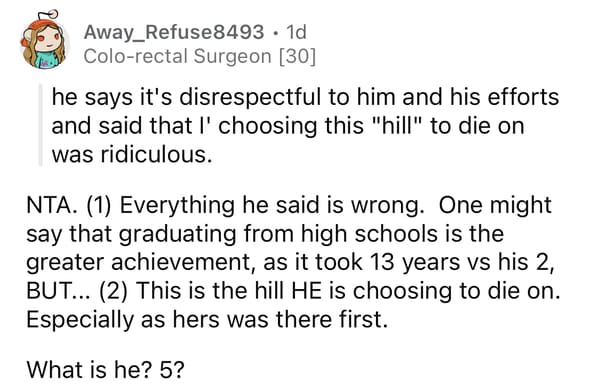 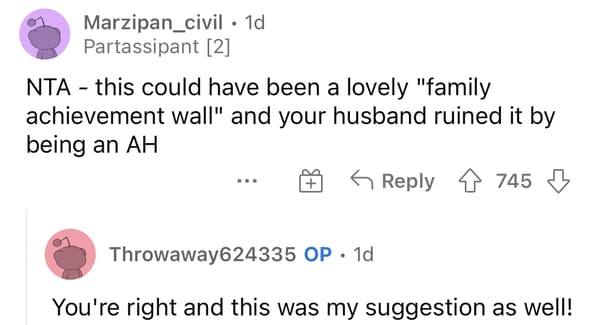 OP responded to others as well 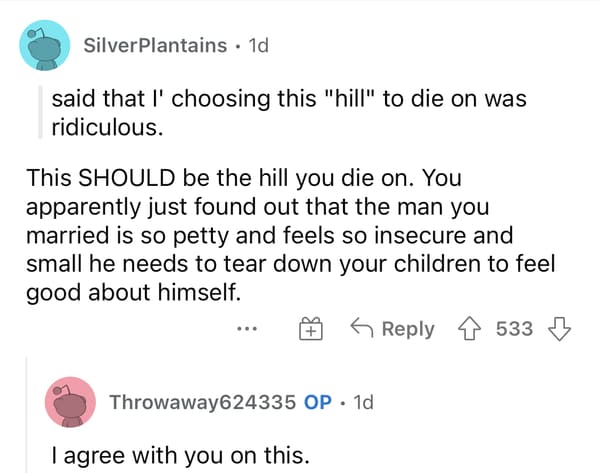 “My PhD diploma is stuffed in some damp closet” 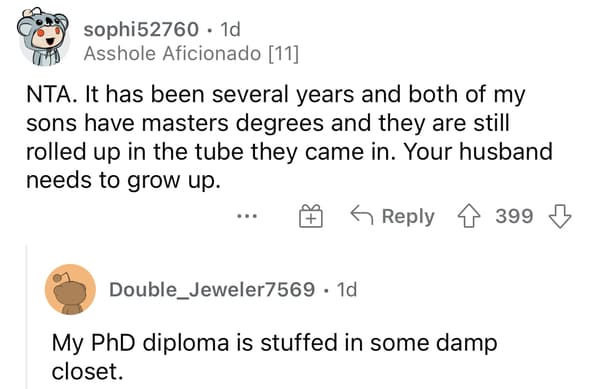