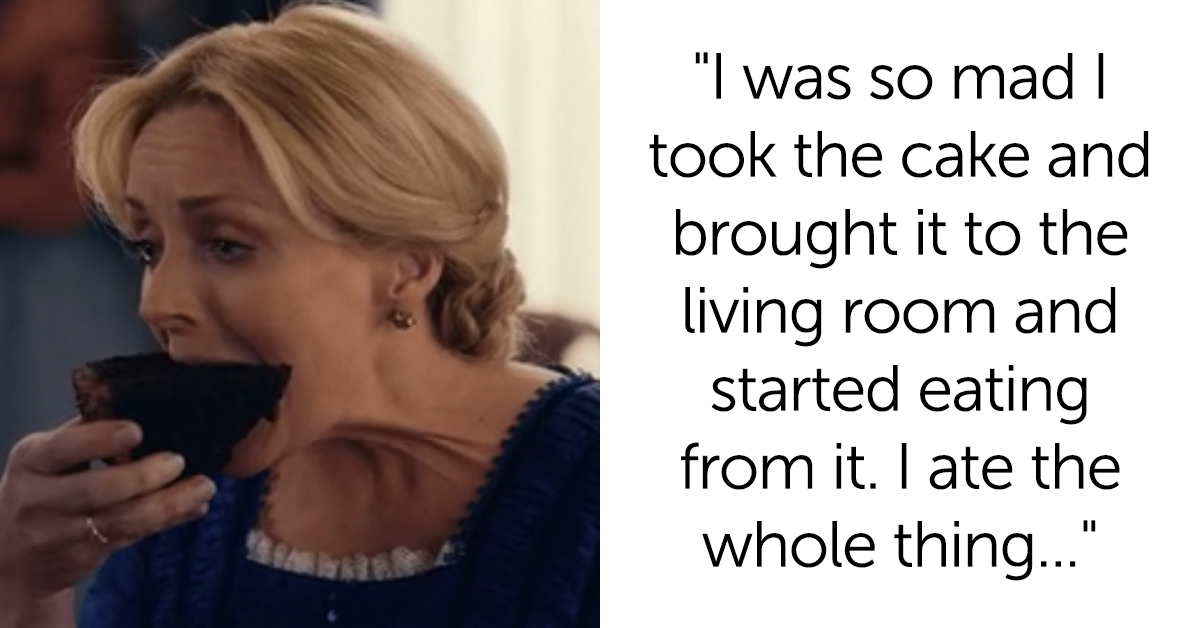 I read some of these stories on Reddit’s Am I The Asshole sub and am really amazed with just how awful some familial relationships can be. Let’s take u/Sou654689 for example: here’s a woman who dislikes her husband’s family SO much that she can’t even be around them for a holiday.

Here, let’s let her tell it:

She starts by explaining that she doesn’t get along with her husband’s family — most especially over being blamed for her miscarriage. Yikes, okay girl, I’m with you.

I’ll preface this by saying that my husband’s family and I don’t get along, like AT ALL. we’re rarely ever on good terms and for my mental health I decided to put distance between us. Especially after I was blamed for my most recent miscarriage (that happened 3 months ago).

OP does not restrict her husband’s visits, she just doesn’t go. That’s fine!

My husband can still see and visit them whenever he wants. For me, I don’t attend any of their events not even thanksgiving nor christmas.

I gather she really didn’t want him to go, but he wanted to do both: he’d celebrate with family then come home to her. IDK, that seems fine to me.

We had an argument over this but he told me to wait for him til he finish celebrating there with his family then we could celebrate together at home and eat cake.

OP got mad. Here’s where she loses me: she vindictively ate the entire cake because he wasn’t there with her.

After he left I felt so terrible. I called him but he turned his phone off. I was so mad I took the cake and brought it to the living room and started eating from it. I ate the whole thing not saving him a single piece (guess I was so angry and it made me hungry).

IMO her husband correctly identified her behavior as spiteful. IDK why you’d be this insane about cake, but yeah, sure, this was crummy.

He came home and saw what I did and blew up saying I did this to spiteful and to punish him for not “ditching his family on his birthday” like I “wanted him to”. I reminded him I paid for the cake but he called me petty and nuts. He ranted and ranted then said that he didn’t get to eat cake at his parents house because lots of kids were there and he didn’t get enough cake and what I did was 10 times worse.

he’s been upset with me ever since. AITA?

I am alone here: Reddit saw the “blames me for my miscarriage” thing and immediately felt OP’s husband should have also ditched his family (and.. IDK. Maybe. That’s awful.)

“What kind of person prioritizes, let alone SPEAKS to people that blamed his wife for miscarrying? These are horrible people; you are wise to avoid them and definitely deserved a whole cake while he deserved nothing. I’m so sorry for your loss,” wrote one user.

Another pointed out some serious facts: “Honey, this is not about the cake. It’s about him choosing his horrible family over you. Wake up and either demand counseling to make him realize he’s a total ass or get a divorce lawyer.”