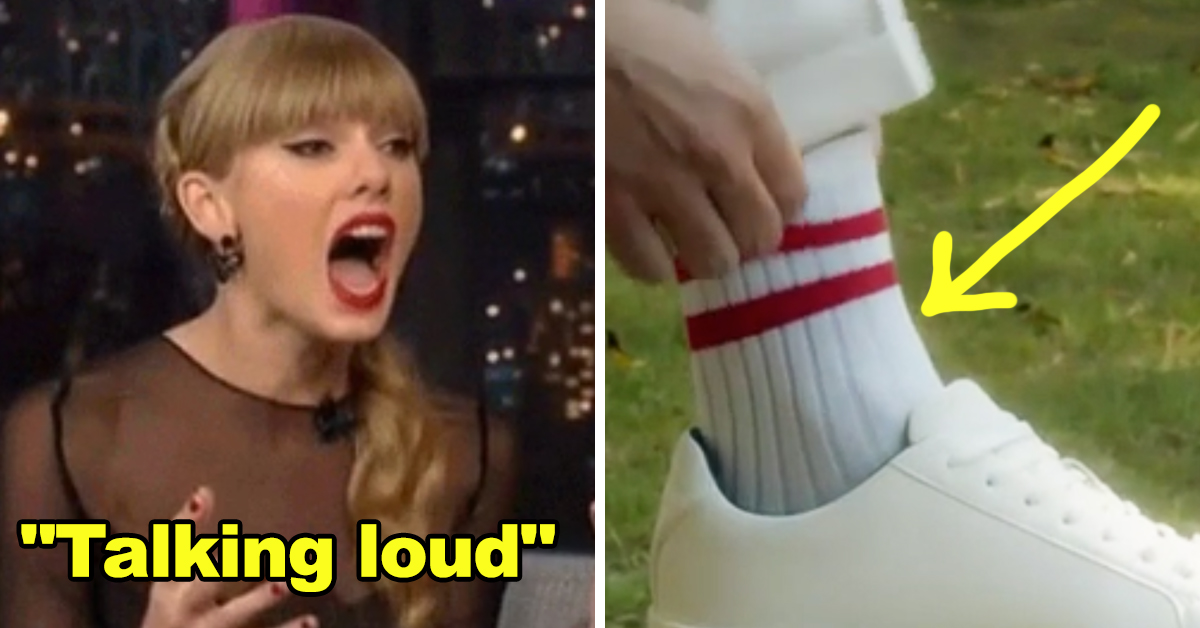 Can you spot an American from a mile away?

Like, for example, when I said “a mile away” instead of “kilometer away, that should have been a dead giveaway.

“How do you spot an American tourist from a mile away”?

Here are some of the best responses, if you’re secure enough in your American-ness to accept them…

1.”They act so amazed by things that are more than 200 years old, presumably because they don’t have many things that old in the USA.” —u/Dusepo

2. “Asking for the bathroom in a restaurant or public place. Do you need to take a shower? No. What you’re really looking for is the toilet.” —u/isysopi201

3. “They are the first to take their shoes off at airport security…even when there is a sign blatantly saying not to remove your shoes.” —u/alphamone

4.”You can hear them in museums when everyone else is extra silent.” —u/deleted

6. “When Americans introduce themselves they never say they’re from the US. They always start with the state or city they are from.” —u/hazily

7. “They always look cheerful and are constantly smiling and seeming happy. Tourists from other places look more neutral or even unhappy.” —u/deleted

8. “They’re always asking for extra ice in their drinks.”—u/deleted

9.”Tipping. Americans will try to tip everyone, even in countries where tipping isn’t a thing and can even be considered insulting.” —u/deleted

10. “They ask for to-go coffee cups. Everyone else in Europe sits and drinks their coffee, but Americans always seem to be in a rush so they take their coffee to go.”—u/deleted

11. “They assume stores stay open late or 24/7, even in European countries where most stores close by 7 pm.” —u/millennium-popsicle

12. “They have impeccable facial hair. Maybe Americans get a trim before they go on holiday, but I’m always impressed by the tidy beards and mustaches.” —u/todayiswedn

13. “The way they dress. For some reason, Americans abroad dress like they’re doing some hardcore exploring in the Amazon…even when they’re just visiting a European city.” —u/jackofharts94

14. “They wear white socks pulled all the way up.” —u/grittypokes 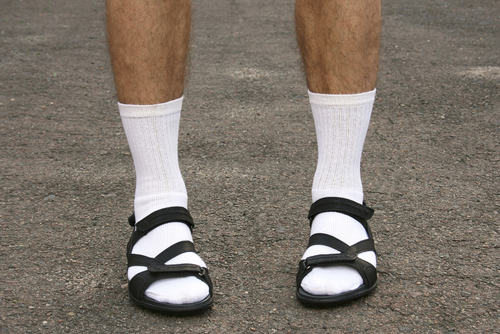 15.”They ask for cheese on everything.” —u/deleted

16. “They ask things like ‘what is that in degrees Fahrenheit?’ ‘How many miles?’ and ‘That’s two pounds’???” —u/whatissevenbysix

17. “When they cross the street, they expect cars to stop for them. In my country, a car will run you down without the driver thinking twice.” —u/ToeRagger

18. “They say ‘hi, how are you?’ and make conversation with the barista, restaurant servers, retail workers, etc… My country doesn’t quite have that friendly culture.” —u/tomayto_tomaahto

19. “They are absolutely fearless when it comes to asking any random person on the street about anything. I’ve watched Americans approach people in my home country and abroad starting conversations with strangers that I wouldn’t dream of.” —u/AthleticallyLazy

20. “They ask for ketchup no matter what they’re eating.” —u/sirZofSwagger

21. “Everyone else is freezing outside and then there’s that American walking around in shorts as if it’s nothing.” —u/mangiboo

22.”They complain that the portions at restaurants are too small. —u/TheBenji300″