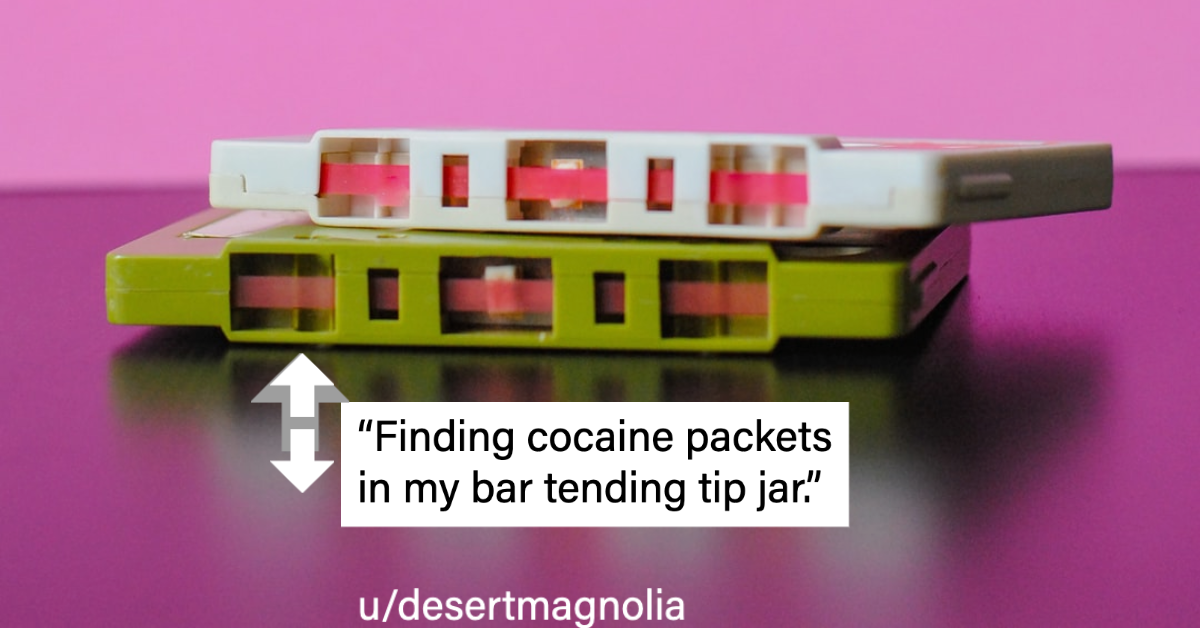 With each generation comes new ways of doing things—and criticism for how things were done in the past. Growing up in the 80s was fun, but there were a lot of really questionable things going on. For one? Car safety? How many of you guys remember just piling into someone’s car, sitting on laps, no seatbelts? And the smoking. Smoking in the bathroom, smoking in the restaurant, smoking in the grocery store. I definitely don’t miss smelling like an ashtray every time I want to go out.

On Reddit, folks are sharing their memories of the ’80s and early ’90s—specifically, what was acceptable or normalized during that time but is completely unacceptable now.

“Smoking in high school. We were allowed to smoke out back of nearly every exit. When it was too cold or raining, we were allowed to use the loading docks. And they let us paint an entire wall in one of the cafeterias with album covers. 30+ years later, the artwork remains!” — EvitaPuppy

“Losing your phone number when you moved, or when the phone company decided your town needed a new area code.” — Scrapple_Joe

“Kids riding in the back of pickup trucks! 20 miles down the highway with me and neighbor’s kid in tow…no problem.” — MiyagisDojo

“Posting BIG signs next to the registers in every store for everyone to see, ‘do not accept checks from…’ You’d be the talk of town if you wrote a bad check then. Of course, most people use debit cards, but still, there was some serious public shaming in the 80s that was considered normal.” — llcucf80

“Saying goodbye/meeting someone AT the gate in an airport.” — bbpr120

“Walking up to a stranger’s house and asking to use the phone.” — cut_that_meat

“My father was a bank manager in the early 1980s and had a drinks cabinet in his office. A meeting would often begin with, ‘Drink? Whisky and soda?'” — CiderDrinker

“I bought cigarettes for my parents and grandparents ALL. THE. TIME. ‘Baby, run up to Laurie’s (local IGA) and get me some Salem’s/Winstons/Benson and Hedges’ was a daily order at my house. Nobody batted an eye at a seven year old walking half a mile through a decent neighborhood and buying cigarettes, probably because it was a small, safe community and they knew I was ‘making errands’ for ‘Miz Walls.'” — noregreddits