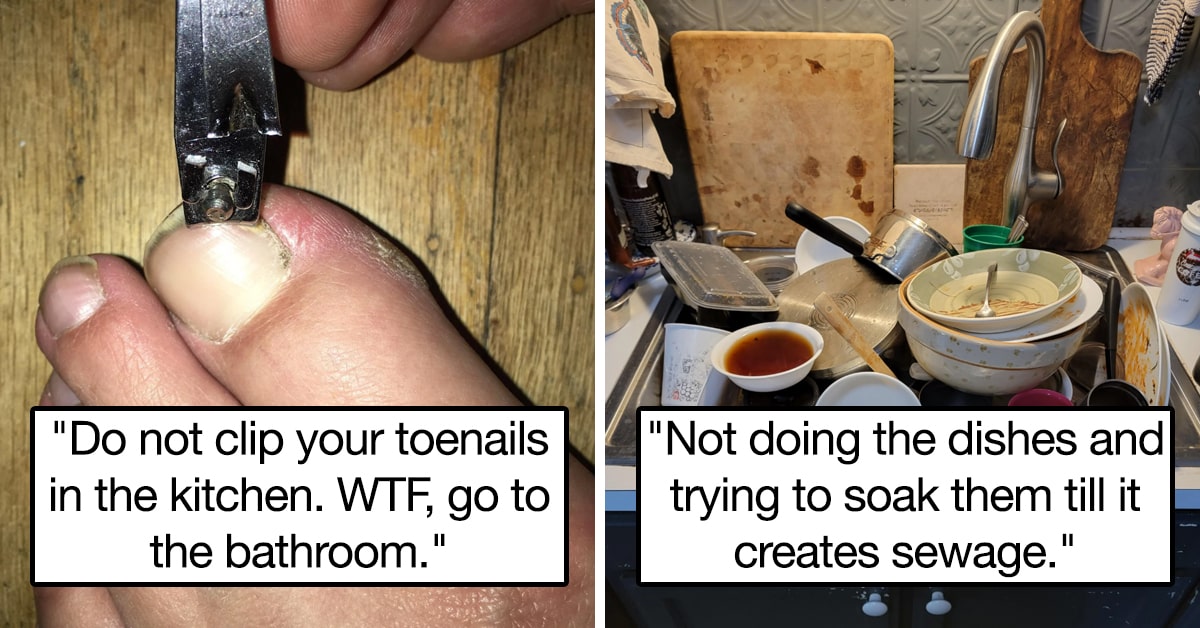 Living with roommates requires a lot of self-awareness and some sacrifice. You can’t do what you want all the time and if you trend toward very messy or very neat, you need to know that people you live with may not skew the same way you do.

So it’s safe to say that there are plenty of roommate irritants, which is exactly what we saw in the answers to u/_TheWalrusWasPaul_‘s recent Reddit question,  “What’s your biggest roommate pet peeve?”

“Not doing the dishes and trying to soak them till it creates sewage.”

“Mine would be how if your roommate has a significant other, you basically have an additional roommate who doesn’t pay rent but does run up your power bill and eats your food sometimes. If you have an S.O., be mindful and respectful!”

“Eating the leftovers I saved for myself. I nearly called the police one time out of frustration because I was so looking forward to having some leftover Chinese food after work and it was gone. It was fucking gone. Don’t touch my food.”

5. Leaving recycling on the counter

“My main pet peeve is when a roommate leaves stuff for the recycling on the counter, instead of in the bin we have dedicated for recycling (before we take it out to the main bin).”

“My peeve with my flatmates was how fucking messy they were, and how they always left sanitary bins overflowing rather than emptying them.”

“Roomies who act like we aren’t equal partners. The ones that want more space, more privacy, easier chores, all the benefits, and then don’t want to talk about what they need to trade to get that. If you pay 75% of the rent that’s one thing, but if you’re doing an even 50, then you get even half of the work and the benefits unless we specifically trade. Ugh.”

8. Gross stuff in the kitchen

“Do not clip your toenails in the kitchen. WTF, go to the bathroom.”

“Don’t open something if there’s one that’s already open and unfinished. There shouldn’t be three half-empty ketchup bottles and four opened blocks/bags of cheese in the fridge.”

“Loud sex. Definitely loud sex. No need for her to scream that loud. It’s as if they get off on me hearing it. At least put some music on blast please.”

“If you make a smell in the bathroom, open the window and/or spray something.”

“Placing a new role of toilet paper on top of the old one instead of changing them out.”

“Roommates who are overly possessive. Yes, I used some of your fucking Trader Joe’s sea salt for my chicken. Sue me.”

“Having friends over without asking.”

“Asking to take care of your pet. Don’t ask me to feed your dog or cat.”

18. Yeah, this is irritating

“Letting your alarm snooze. I can hear it from my room.”