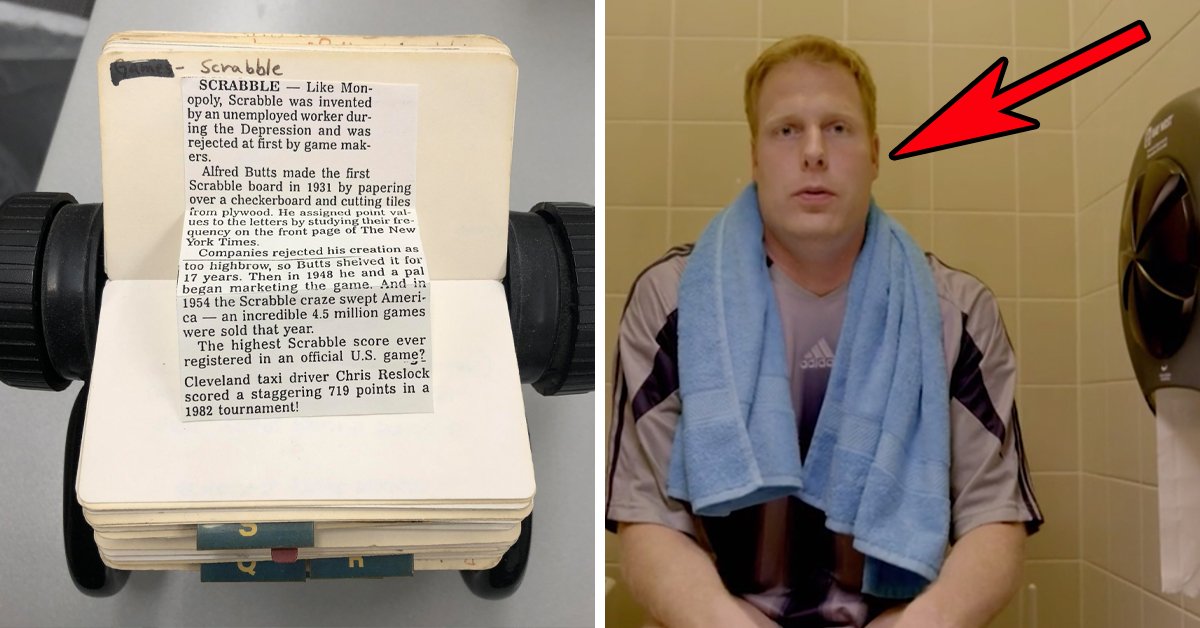 I’m pretty firmly in Millennial territory, but I’ve become increasingly aware that I, in fact, have some serious Boomer habits. Grocery shopping? I stock up! Remember at the start of the pandemic when millennials were like — WTF, how do we EAT for weeks at a time? Ya gurl was solid. Grumpy “kids today!” frowning? You betcha, even at people older than me!

So you know I got a kick out of the list we’ve got for you today.

Boomers flocked to Reddit, of all places, this weekend in a recent Ask Reddit thread from u/MatsGry. The user asked

Let’s check out the best answers.

“Calling the movie theater to hear the recording with the movie times on it.” —u/StanePantsen

“There was a military draft for the Vietnam War. We’d have to watch a draft lottery to see if our number would be low enough that we’d be drafted to fight in a war.” —u/randomcanyon

“Because we didn’t always have cellphones, people could not always get a hold of you, and it was a good thing.” —u/TechFiend72

4. You have to use a real library

“Needing to do a report on a topic. No internet. No encyclopedia on CD. You’d have to go to the actual library — just to find someone in your class already grabbed the one book on the subject.” —u/ImCaffeinated_Chris

“Opening up the newspaper to look at the TV guide to see what was on that night.” —u/Actuaryba

“OMG, smoking EVERYWHERE — in theaters, planes, offices, hospitals, trains, restaurants, schools. And then the outrage when it was finally banned.” —u/MagentaX

“If there were two shows on TV at the same time that day, you had to make a choice. There was a time with no DVR, VCR, OnDemand, etc.” —u/hellyea63

“Waiting for your favorite song to come on the radio. I would call radio stations requesting a song, just so I could tape it.” —u/RedditOnANapkin

“The excitement of going to a video rental store on the weekends to pick out a movie. Actually picking one out was just as exciting as watching the movie.”—u/brokendowndryer

“Taking photos using those little rolls of film and having to take them into a shop for processing. You often wouldn’t know if any of the photos were good until a couple of months later. You also had to manually wind on the camera after every shot.” —u/Orlando_the_Cat

“In a bar or at a party, you could dance on the table naked and do the craziest stuff. The next morning, you could categorically deny that it ever happened and no one — absolutely no one — could ever show you a video on their phone that it did happen.” —u/rolex42069

“Being stuck on a toilet for a little bit and reading the shampoo bottles, packages on bars of soap, and whatever else might be within grabbing distance of the toilet. You didn’t have a phone to entertain you.” —u/Habsfan1977

“Drive-in restaurants with car hops. A line of parking places under a canopy. Each had a speaker. They brought the food on a tray that attached to the driver’s open window. Dad ate off the tray. Mom opened the glove box and used the door for a tray. It had little indentations for cups. The kids just ate off their laps. We could have eaten inside, sitting at a table, or taken the food home, but this was more fun.” —u/Sparky-Malarky

“Getting in your vehicle and driving to your friend’s house to see if they were home. No cellphones. Gas was cheap. Driving was freedom.” —u/SoCalRc