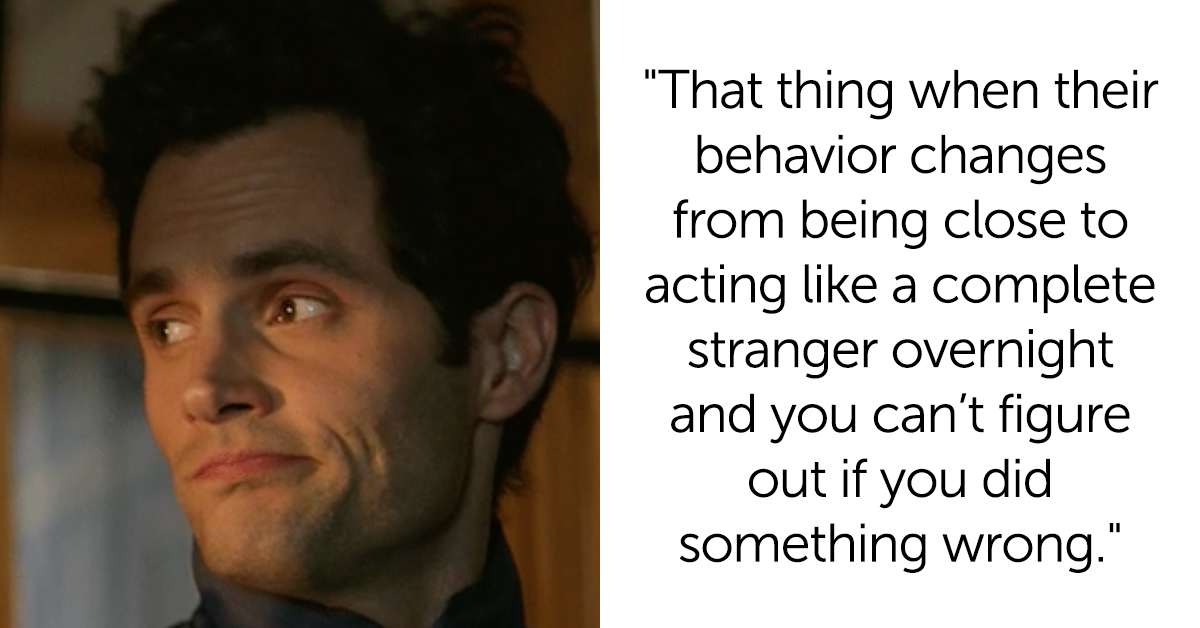 While it’s absolutely nobody’s fault if YOU feel insecure, it is equally important in relationships to do your best to send those feelings packing.

Because, you know, feeling insecure is the worst! It causes anxiety and panic, sets the table for a really painful argument, and it’s just damn hard to say, “hey, I’m feeling insecure about X”.

With that in mind, we have a list today from u/AdMassive3476 who asked Reddit’s men, “Guys of reddit, what is something a girl does that makes you feel incredibly insecure?” and we rounded up some of the best replies.

That thing when their behaviour changes from being close to acting like a complete stranger overnight and you can’t figure out if you did something wrong or they just got bored.

Lack of reciprocation. Not necessarily an insecurity thing, but I’d be lying if I said it doesn’t make me feel some type of way when you show affection, give assurances/reassurances, but then don’t really receive that in return. It’s not always necessary, but sometimes it’s just nice to know that you’re on the other person’s mind.

Lying about what you’re feeling is a really fucking quick way to make your partner insecure as hell. “I’m great and I really enjoyed <activity>” and then a couple weeks later “actually I really didn’t, but I didn’t want you to feel bad.”

Having to initiate everything by default makes me feel like I’m not good enough for anyone to be bothered with.

Talk about her attraction to men that are physically nothing like me in a way that I can’t attain. I can’t be taller. I can’t be less bald. I can’t grow my penis. On some level she wants some one, in some way , that I can never be even if she finds me enough…

throw casual insults at me, society thinks we r tough and don’t give a shit but it got me questioning myself at 3am

When my gf ogles at other men when she’s with her friends. It gets under my skin when I hear her talking about how hot some guy at Target was when she’s on the phone with her friend and they went shopping together. This is just one of many examples. I trust her not to cheat on me, but it seems like she’s really breaking her neck looking at other dudes sometimes, who are 6’2 with perfect Greek god bodies that I will never come close to having. It’s the same thing with her phone too. I don’t go out of my way to be nosy to see what she’s doing on her phone, but I notice that she’s frequently scrolling through these cringey ass thirst traps, one after another, after another. I would be lying if I said it didn’t bother me.

My wife grabbed my love handles once and I will never recover from it.

Whenever they express preference for hard, rough sex for hours and hours. I always feel emasculated because I 100% cannot provide that kind of vaginal punishment for that long.

My wife does this thing where she doesn’t reply for a long time, sometimes days (she’s working abroad) and it’s terrible for me bc I have absolutely no clue what’s going on, like, is she safe? Is she mad at me? Did I say something wrong? I have no idea and sometimes it makes me borderline paranoid. I talked about it many times, and she even admitted to be a bad communicator but would try to improve herself, which never happened.

Being compared to ex’s

When my wife tells me to shut up and that I laugh needlessly.

When my daughter says, “Let me get that, Dad. It looks heavy.”

Opening up about something emotional only to be brushed off or considered being too sensitive.

I asked a girl to homecoming once. She drove over from the other side of the state to hang out with another guy all day before seeing me that night. That was like 15 Years ago and I haven’t felt insecure since. Ugly feeling and no one can make you feel it but yourself.

I’m an introvert and I dated an extrovert, and what really made me insecure is just how easily she could befriend anyone else. Guys, girls, old, young, she could talk to them for five minutes and start hanging like their best friends. To a guy who needs to psych himself up just to say “Hi” to a stranger, that made me feel super insecure.