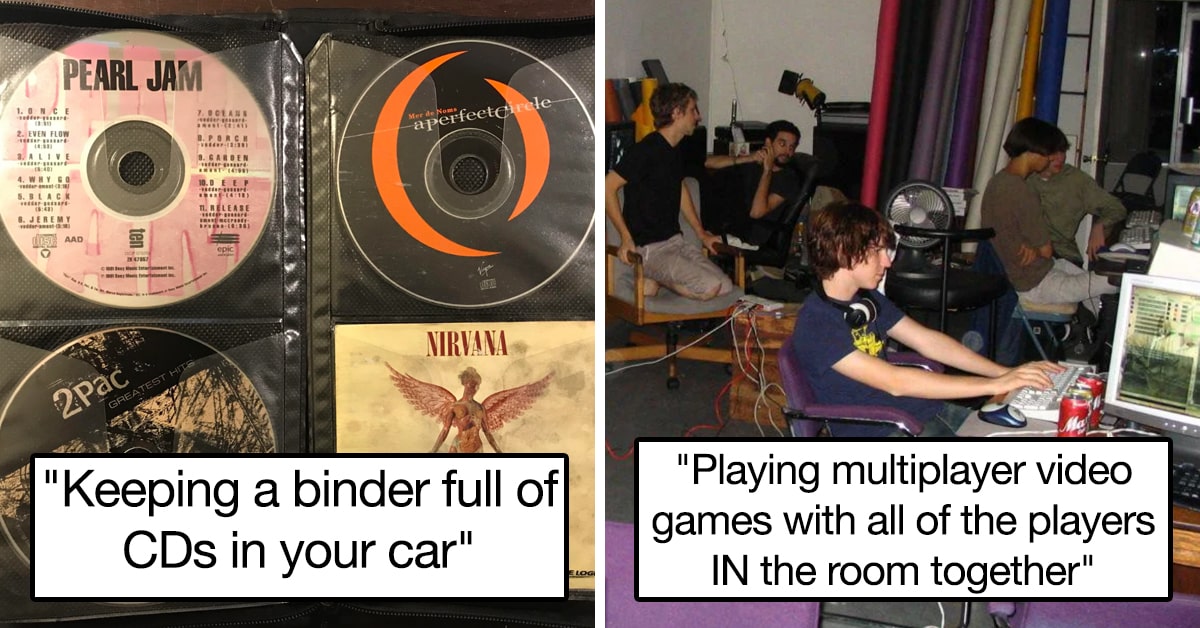 “What was normal in the 1990s but rare or nonexistent now?”

And before you roll your eyes about another “trip down memory lane”, some of these really do tweak a good nostalgic bone. There’s something to be said for not having to be connected to the world all the time, you know?

“Being completely unreachable by anyone for an entire day or more with no one thinking that it was unusual or rude.”

“Taking your disposable camera to get developed, and having no idea if any of your pictures were even usable until you got the pictures back.”

“Coin arcades in malls. And the malls, I guess.”

“A printed list of family and friends’ phone numbers stuck on the fridge.”

“Calling the movie theater or looking in the newspaper for movie times.”

“Playing multiplayer video games with all of the players IN the room together. We had some pretty heated N64 parties.”

“When picking someone up from the airport, you could wait for them at their gate.”

“Giving a meeting point and a meeting time in case we get lost.”

“Waiting for the bus without doing anything else other than waiting.”

“Pressing play and record at the same time.”

“Floppy discs. My parents had a file cabinet full of those things. I used to save cool Dragon Ball Z pictures off the internet on them for later viewing enjoyment LOL.”

“Keeping a binder full of CDs in your car.”

“Landline home phones. And having to talk to your friend’s parents for a couple of minutes while you waited for your friend to come to the phone.”