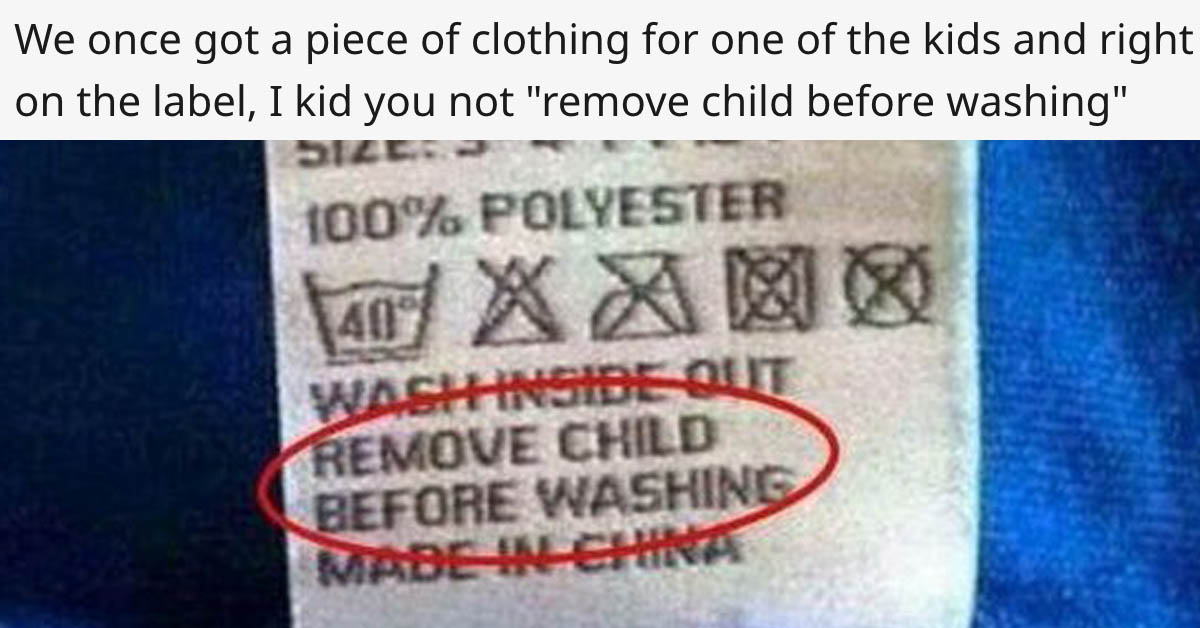 We live in a world of lawsuits, laws that haven’t been updated since 1839, and strange people who do stupid things. And as a result, there are lots of very oddly specific rules out there.

On Reddit, folks are sharing the oddest rules they’ve heard of or encountered in their lives.

Like did you know that you can’t eat a donut while walking backwards in Marion, Ohio? Apparently, you might lure the police horses away! Oh, and don’t forget the “no stabbing a coconut” rule that one boy scouts organization felt necessary to implement!

“In rehab our cottons swabs were taken away because a guy decided to jam one into his eardrum to get sent to the hospital and get painkillers. Every seemingly dumb rule we had in there had a backstory to it.” — itsvic27

“Since Covid and things going digital, we now have a ‘You must wear clothes’ rule…and we already had a pretty casual dress code.” — NarrowSeaworthiness8

“Last year’s company Christmas party email specifically stated to bring an extra pair of pants if you will be urinating in the first pair.”

“I had the same Biology professor for Bio I and II. Because of me, the Bio II power point included a new excuse that wouldn’t be accepted for missing/late work: ‘My drunk room mates threw it out while cleaning!'” — Strive_to_Thrive

“‘Absolutely no roller skates in the lab.’ My husband worked for a private lab startup and half the women there did roller derby. The lab was (as many are) a repurposed warehouse with nice smooth concrete floors. One of the women thought it would be fun to skate between machines. She got a lot done but the boss figured osha wouldn’t be too thrilled so the sign went up a few days later. You could still wear your skates in the break room.” — TheBrontosaurus

“On an AirFrance flight from Morocco to Mauritania, the flight attendant gave the safety brief in French at first. My french is not good but my ears pricked up when I heard the words ‘feu de camp.’ I obviously discounted my translation as misunderstanding the brief until she went into the brief in English. We were given the standard safety brief on all aircraft, but at the end we were specifically reminded that there are to be no cooking or camp fires lit on the plane at any time. Can you imagine your seat mate getting hungry and deciding to start a fire on an airplane to cook up some snacks?!?!?” — Filthy_rags_am_I

“Pharmacy worker here. We have to specify to unwrap suppositories BEFORE insertion. Apparently someone thought the foil was part of it.” — macyxpress17

“My father’s hometown, Marion, Ohio, had a rule that you couldn’t eat a donut while walking backwards. If I remember correctly, it had something to do with attracting police horses to lure them away from the police.” — cakeishsnake

“Please do not add dish detergent to the water fountains.” — Somkeythedog591