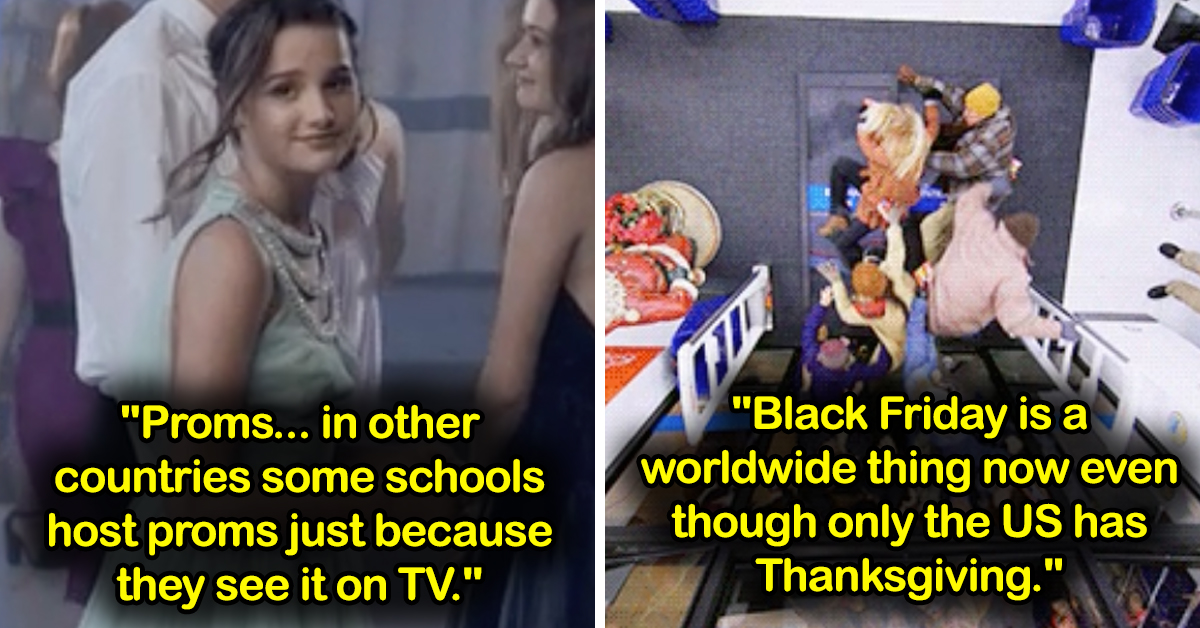 SO many pop cultural phenomena, products, and ideas have their roots in the United States. From fast food chains and Hollywood films to technology companies and fashion trends, the influence of American culture can be seen around the world. Without the support and cultural exports of the US, many of these things would not have achieved the level of global popularity that they have today.

Today, we have a list from an Ask Reddit thread started by u/bigbeantheory that compiles a whole lot of those Americanisms in one handy spot. We grabbed the best ones and put them all together for you. Let’s check it out!

Black Friday. It’s a worldwide thing now even though only the US has TG the day before.

American soldiers ate it during the Korea war and it gained popularity to the point that it’s a common food for both Koreans, Japanese, and some Chinese cultures such as Shanghainese

Hendrix with a Fender playing the Star Spandled Banner at Woodstock? That’s the most American thing that has ever been done.

I have friends who’ve been abroad who have seen them for sale. They don’t call them “solo” cups as Solo is a brand. They call them “American party cups” and a lot of the ones sold are meant to be reused.

Proms… in other countries some schools host proms just because they see it on TV.

The American military gave away one of the coolest technologies to the world. No service fees, no subscriptions. Imagine if Meta or Apple had invented it.

National parks. It was started in America by future Republican president Theodore Roosevelt and quickly it became a world wide practice.

I grew up in Australia and when I was a kid my folks didn’t let me go trick or treating because it “was an American thing” and “nobody does that here”. This was the mid 90s. Fast forward to today and treat or treating and Halloween in general is pretty popular in Australian suburbs and I fucking love seeing those little tikes dress up and go from house to house. I would have loved doing it when I was a child. I’m glad it’s a thing now and thank you America. 🫡

It’s highly influenced by post war American reforms and culture so it would be wildly different without the US.

An american poet, Ezra Pound, is responsible for how westerners translate Japanese which in turn affected the country proper. The literal translations are very dull he gave translations of japanese their current form.

Christmas lights strung outside of the houses!

Hamburgers, with pickles mustard etc. It’s a strange combo. Delicious but I doubt the entire world would have that as a common item