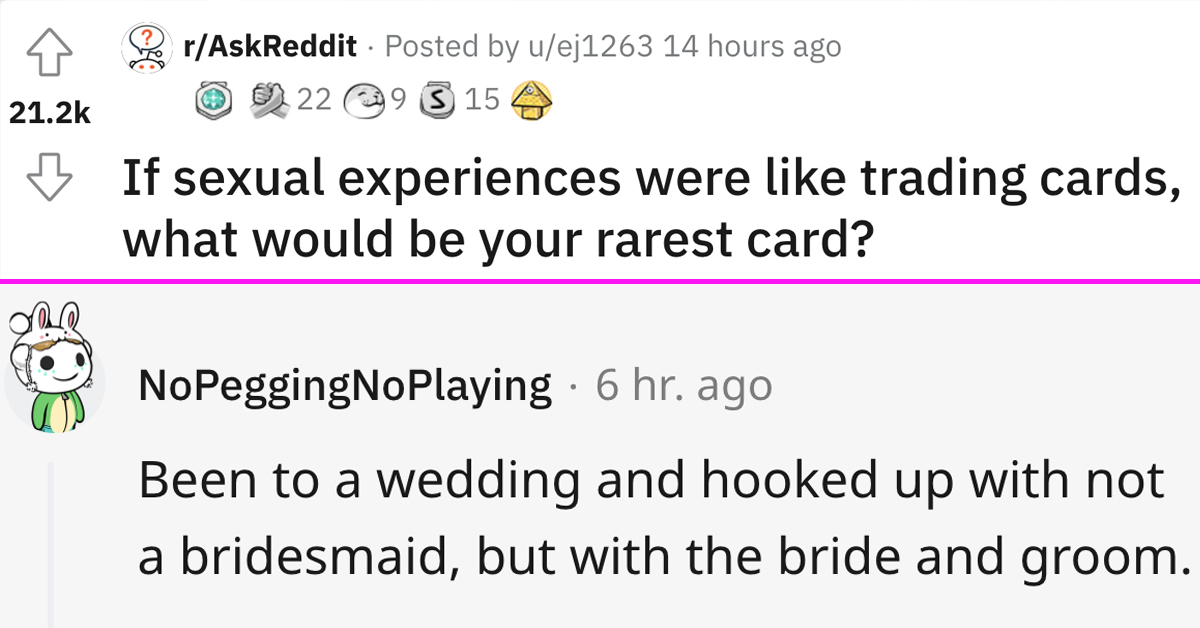 At some point in your life, you can probably safely assume you’ve had some experiences that no one else, or relatively few people, have had. You bought a car all by yourself as a single person, your wedding day went off without a single hitch, or maybe you graduated college two years early. You know: stuff that makes you a little special.

But what about sexual experiences?

“If sexual experiences were like trading cards, what would be your rarest card?”

We gathered some of the best answers for you — enjoy!

The “Having Sex in an old Opera House with a stranger on Halloween and getting caught by some ghost hunters” card.

One time my friend with benefits was leaving town so they referred me to a friend.

Closest would be “bathroom sex at an academic conference 30 minutes before it was my turn to present”.

7. Every techie did this

My first time was a foursome

Been to a wedding and hooked up with not a bridesmaid, but with the bride and groom.

The ‘have sex with a guy who can ejaculate, stay just as hard, and keep going x 3’

Was a great week.

Had sex with someone from Greenland

Girl cheated on me with a close friend. I fucked his mum.

I had sex on top of a train before