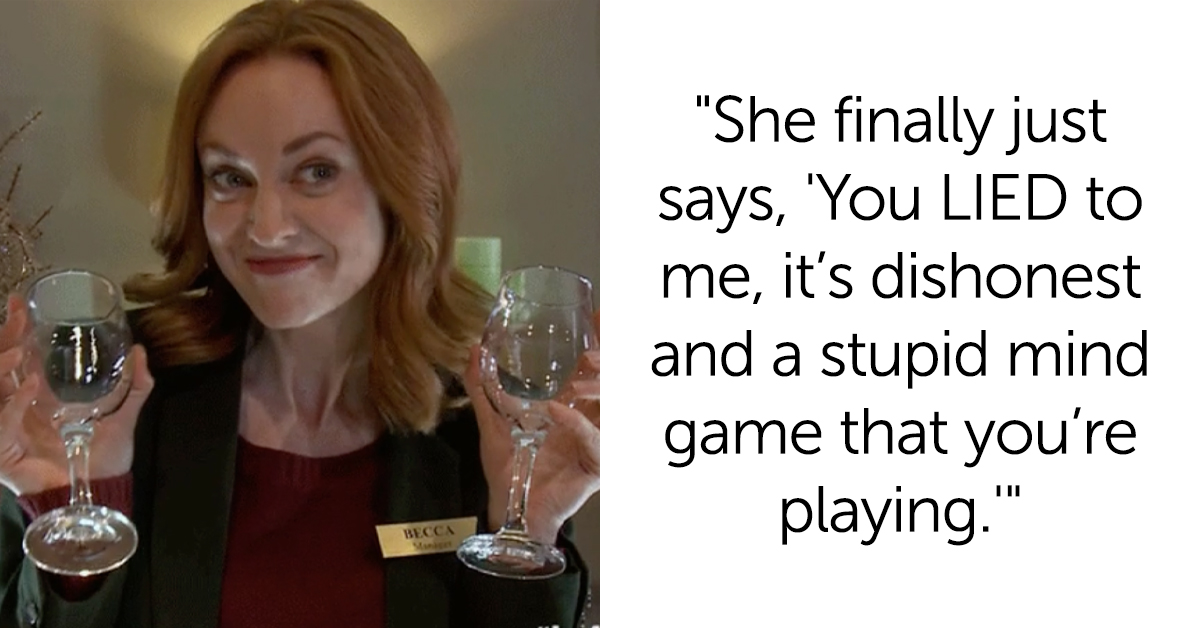 Your wife is your partner; she is meant to be part of your team and when you have big life events or changes, you tell her. Why wouldn’t you?

That’s my question for u/drunk_catholic, who recently asked Reddit if he was wrong to not tell his wife that he quit drinking. Here’s his story.

OP explains that he drank heavily in his 20s and slowed down in his 30s, but he has never had a healthy relationship with alcohol.

My relationship with alcohol has never been particularly healthy. In my early 20’s I drank alot. And I mean ALOT. Slowed down in my 30’s and in the past 5 or 6 years I’ve tapered off slowly but still it’s been a weekly vice with some exceptions. After talking through alot of this with one of my closest friends, we agreed to just go completely sober (for the same reasons lol). This was last summer.

He told his wife that for Advent, he’d give up alcohol.

Fast forward to this past December and I told me wife that I would be giving up the booze for advent so if we got invited to a christmas party it would be an easy out.

One night his wife commented that he should have a drink. He said no and that was that.

Christmas came and went and then I took my kids on a road trip to visit some family friends. When I got back, I was sitting at dinner one night and was just super tired and the kids were being rowdy and I was just really over it all. Wife says maybe I should have a drink. I laugh and say something jokingly like, “I know, right?” So she goes to grab a couple bottles and then sets them down in front of me, and asks which one I want. I say that I have things to do, so not now, but maybe later.

On New Year’s, a friend suggested dry January (no booze during the month of January). OP said sure! But his wife was a little confused.

New years day came up and then another buddy of mine suggested that a whole group of us guys should do a dry January. Naturally, I thought it would be good to join them. So I mentioned to my wife that I would be jumping on the dry January train with some guys and she got all weird and started asking what games I was playing. I told her I wasn’t playing any games.

She said that OP wouldn’t be giving anything up since he doesn’t drink. But OP disagreed.

She says, “Yeah you are. Your not doing a dry January. That’s what you do when your giving something up, but your not giving anything up because you dont even drink.” I said that clearly, I like to drink alot and anybody who knows me knows that. Then she says, “Yeah well you didn’t drink on Christmas.” I was like, yeah, I couldn’t because I had to drive the kids out of state. “You could of drank on the trip.” No, I was staying at a hotel and had to drive the little boys back each night. “If you wanted to drink you could have had a drink new years eve but you didn’t.”

Meanwhile, the wife is starting to get a bit paranoid – like she was, say, left out of a major life decision and expected just to figure out what was going on.

At this point, I’m like I don’t know why your even angry about this and she says, “I’ve known something this whole time. It doesnt add up. I offered you a drink the other night and you didn’t take it.” I told her I had work to do and she immediately fires back that I don’t work in the evening any more (which is true). She finally just says, “You LIED to me, its dishonest and a stupid mind game that youre playing.”

OP doesn’t agree; he sees it as something he needed to just DO and he did it.

I dont feel like I lied to her. I wasn’t trying to pull a fast one on her. She’s just heard me promise a hundred times before that I would manage my drinking and after lots of promises and no action, I decided just do it and dont bother telling anybody. But the accusation that I lied really stung. Am I the asshole for not being honest with her?

So here’s where my mind actually was swayed: sometimes it’s REALLY HARD to tell someone you’re doing something because that fear of failure weighs heavy. I get it.

Another user wrote, “I would say NTA, but I’m not 100% with you. If you truly want to quit drinking or at the very least turn it into an occasional thing, then you need to make anyone in your life who drinks with you or is with you when drinking aware of what you’re trying. Your wife’s reaction rubs me the wrong way, but she’s not entirely in the wrong either. You should’ve told her point blank “hey, I’m trying very hard to cut back on my drinking, so can you help me with that and support me?” That’s all you had to say. You can’t exactly blame her for feeling like you kept it from her cause from the sound of it you never told her an outright no, you kept saying maybe later. I think it’s unintentional but your words and your actions were saying two different things. I can’t blame her for being confused.”