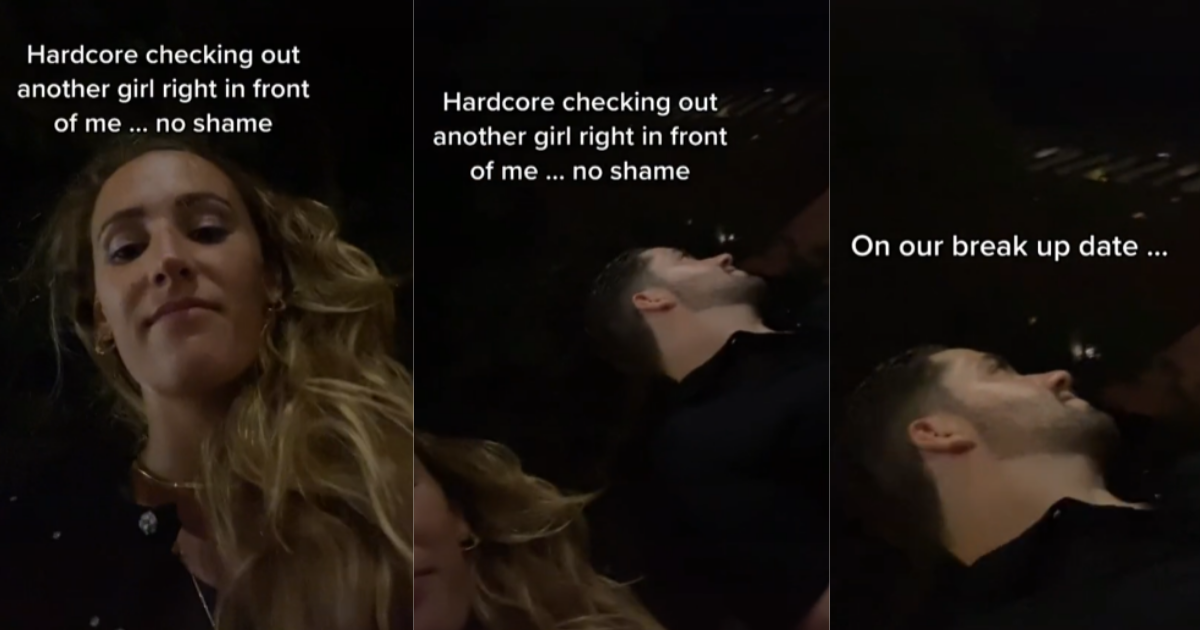 A man was checking out another woman so hard that his girlfriend had time to film it without him noticing.

And because of that, she is now his ex-girlfriend.

TikTok user @jazzybetch was out with her boyfriend when she noticed him doing something shocking.

Now, if this man were single, it would be a little annoying, but not shocking. The fact that he is the boyfriend of someone is what makes it shocking.

This man — in front of his girlfriend — checked out another woman so hard that he went into a trance. Maybe even another dimension.

And his girlfriend filmed it, then broke up with him, then uploaded the footage to TikTok.

As Lucille Bluth would say, “Good for her.”

This man is literally astral projecting because another woman is living.

All the while, @jazzybetch is capturing it on film for the entire internet to see.

What the man in this footage is completely oblivious to is that he is now on a breakup date. And TikTok is about to find out right along with him.

As of this writing, 1.2 million TikTok users have watched this goober embarrass himself.

In the comments, it was revealed the relationship latest five years.

But, good TikTokers know how to lift someone’s spirits and people flooded the comments with support and compliments, with a few comparing her to the beautiful and stylish Blake Lively.

And like many poets before her, @jazzybetch channeled her post-breakup feelings into a song.