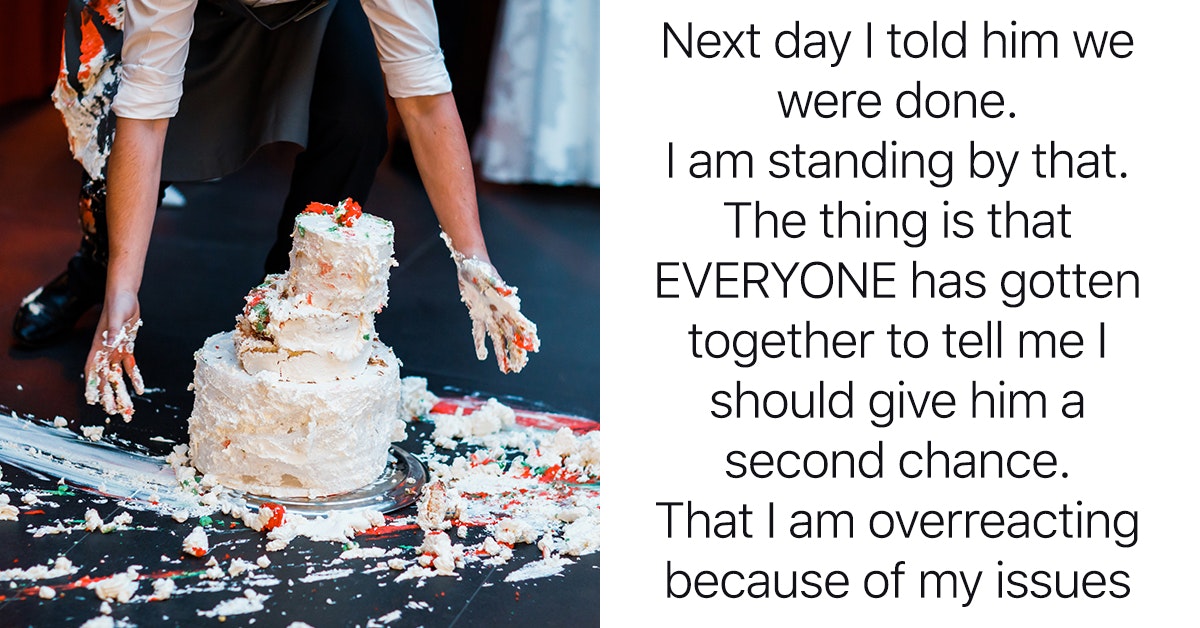 For most people, starting a marriage off on solid ground is a simple but important goal. Things might get rocky down the road, but if both parties are committed and in love when the wedding bells chime, they should be in a good place to get things started.

But one recent bride wrote in to Dear Prudence for advice after her wedding went so poorly that she now wants a divorce — and Prudence says go for it.

“I got married just before Christmas and am hoping to be divorced or annulled by the end of January,” the regretful bride writes. “Obviously that wasn’t the plan originally, but…”

She goes on to explain that the act of marriage itself was never a big deal to her, but she loved her boyfriend and he wanted the ceremony so they opted to go ahead. As for the actual big day, she says she was “pretty reasonable about compromise when he really wanted something,” with one thing on which she would not budget. She did not want cake rubbed in her face.

“Being a reasonable man who knows me well, he didn’t,” she says. “Instead, he grabbed me by the back of the head and shoved my head down into it. It was planned since the cake was DESTROYED and he had a bunch of cupcakes as backup.”

In addition to going against her clearly stated wishes, she says the groom ignored her longstanding claustrophobia due to trauma from a car accident, which was triggered by having her face held down in cake. The combination sent her packing the very next day and now she wants a divorce, but other people in her life are telling her she’s overreacting.

Slate’s current Prudence, Jenée Desmond-Harris, advised the frustrated bride to listen to her instincts, even if that means ending a marriage so soon after it began.

“I think what he did was a red flag about not respecting you and your wishes — to say nothing of the physical aggression — but even if it wasn’t, the fact that you really didn’t like it is enough,” she writes. “Make a mental note about which of your loved ones don’t seem to value your happiness, and continue with your divorce.”