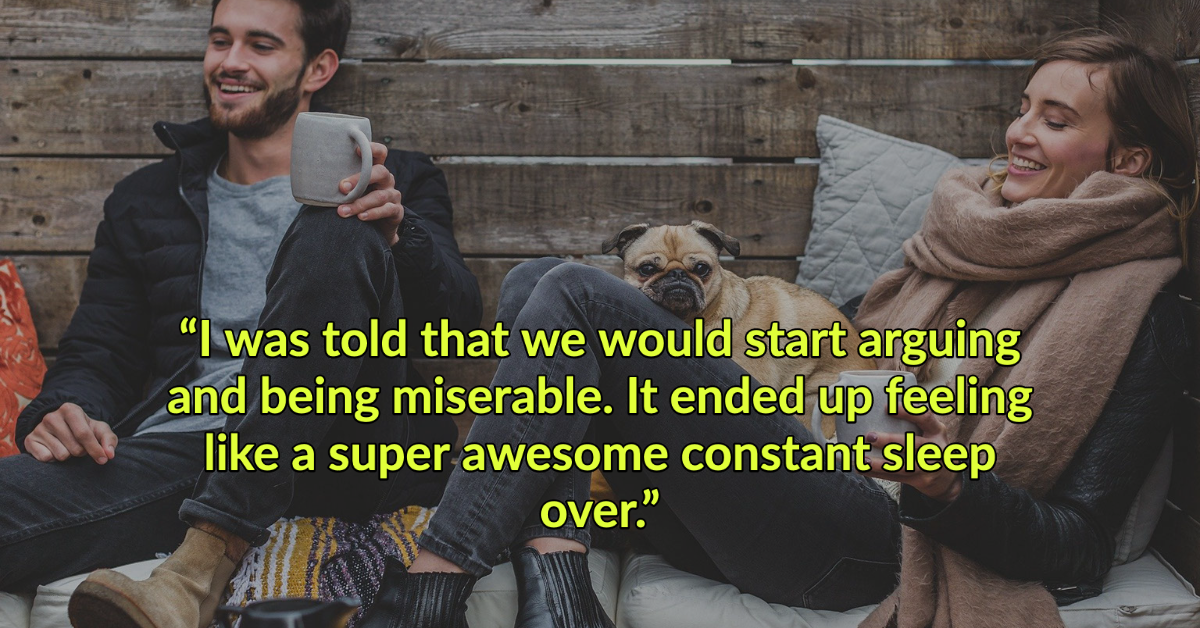 When you move in with your significant other, you enter an entirely new phase of the relationship. Even if you’ve been dating for a long time and think you know a lot about each other, there are things that living together necessarily introduces. Sometimes, those things can be kind of gross. Other things? Totally endearing.

On Reddit, people are talking about the surprising things they discovered when they moved in with their partner, and let’s just say a lot of guys were perplexed by how much hair their female partner could shed—and the places that hair could be found.

“Apparently the cat I raised since she was a kitten and loved more than life itself is more than willing to abandon me and love someone else much more in a blink of an eye.”

“If you and your partner are in different rooms one of them will randomly decide to just ‘check in’ by opening the door, smile and then going back to their separate room.”

“After living with him for 4 years, I opened a drawer of his’ dresser…And it was empty. All of it. Apparently he thought it was my extra dresser. He doesn’t use a dresser. Clothes get washed and put into a ‘clean clothes’ hamper. He puts socks and underwear in his bedside table. Now I’m wondering what other furniture in our house is empty?” — waineofark

“He peed in the sink. That’s all.” — SumAngrySalmon

“How different our versions of ‘clean’ are.” — wobbly_owl

“How often I’d be helping her find her car keys. Eventually, I put up a hook that I was able to get her in the habit of using. Made me tear up a little at the time, but a couple weeks after we split I remember getting a text from her that said, ‘I miss being able to find my keys.'” — JohnyUtah_

“I was told that we would start arguing and being miserable. It ended up feeling like a super awesome constant sleep over. Don’t let people scare you into not moving in with a significant other if that is what you both want.” — TheKindlyNarcissist

“That your partner may follow you around the house, just because.” — Kikrokzz123