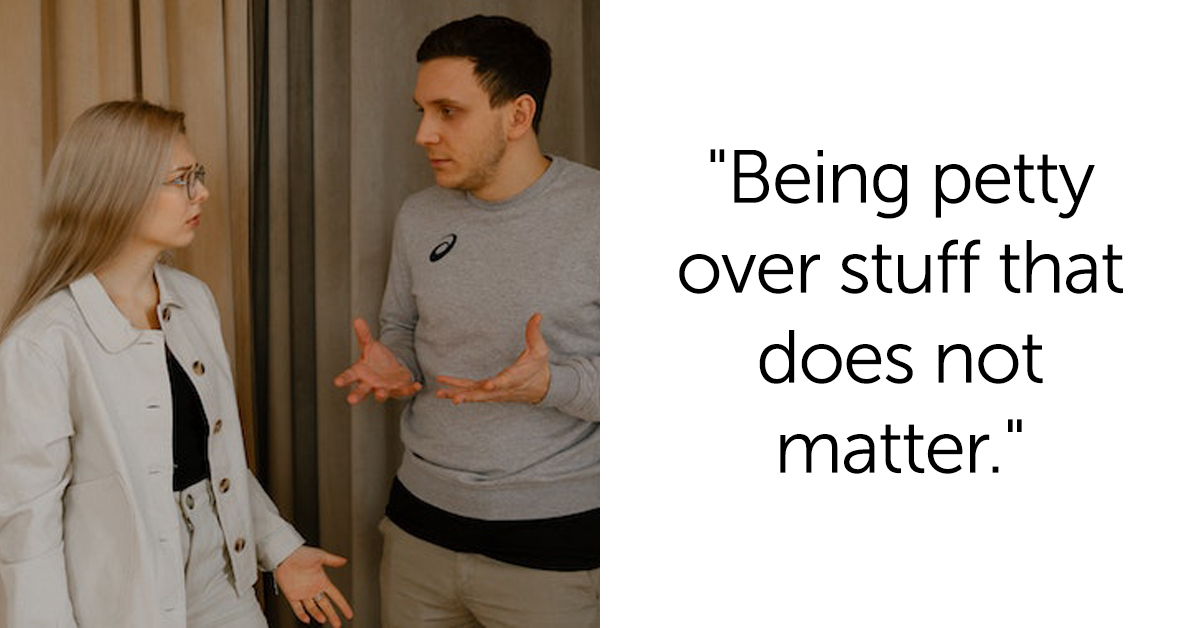 Love is a tricky thing to hold onto and the more you try, the faster it seems to slide away. Even in long term relationships, love is not guaranteed; you have to work at maintaining an ease and camaraderie with the person you’re with and, unfortunately, it doesn’t always work.

u/xbeneath recently asked the AskMen community of Reddit, “What makes a man fall out of love with a woman?” and the answers were heart-breaking. Here are some of the replies.

Being petty over stuff that does not matter.

Undiagnosed OCD will definitely ruin a relationship. I just went through that myself. She wanted everything to be the way she envisioned it, which is fine until she gets so uncompromising that tiny things nobody in their right mind would care about become the start of a major argument. For my ex her big thing was nit-picking how I talk to her and essentially ignoring anything I didn’t say EXACTLY right. “I love you so much” meant nothing if she decided (without telling me) that she wanted me to say “I love you a lot” that day. “We can have a date weekend” meant nothing because she wanted me to say “we will have a date weekend”. Those are only the verbal examples but the “perfection or you’re gonna hear about it” model is a hallmark of OCD

Everytime you’re with them you feel your energy drained

Her trash talking things that are important to him.

She doesn’t try. Guys like to be romanced too.

When any private info she learns about him becomes public

Stress. I come home and celebrate that your car isn’t in the parking lot/driveway.

Suddenly getting mad at everything you say, not caring about your feelings even when they say they’re there for you, no effort whatsoever.

When there are more negative interactions and sentiments than positive ones

The Four Horsemen of Divorce: Criticism, Contempt, Defensiveness, and Stonewalling

Lack of physical intimacy, lack of compliments, lack of affection, when you can tell that your position in their life is lowering by the month. In short we can feel when a relationship is slipping, maybe we dont have sex as often and when it does it seems like a chore to her, her kisses have stopped being passionate and are quick and thoughtless like 2 lips shaking hands, she doesnt say you look handsome anymore. Really this is 2 people falling out of love but none the less this is how we know.

Betrayal. I’m a loyal person and I expect the same

being taken for granted, not appreciated….same for both sexes

[Inability] to take responsibility for her own acts/feelings.

Being neglected. Lots of things to describe the feeling honestly. Unappreciated, unneeded, taken for granted. Not even telling her works. I just get an apology but no actions to show that she’s actually sorry or that she cares. Always “just wait til this week is done”, but just tiptoes around the problem. Honestly feel sick when I have to bring up the same shit again because she’s clearly avoiding it.

After some time, she makes you feel like you’re unattractive, boring and even annoying. Basically not feeling valued anymore. You realize you’re making all of the sacrifices and have been trying so hard to make things work. A relationship is equal, gotta have self respect.

When she becomes demanding and it feels more like a chore to keep her from getting upset than a joy to be around her. Fortunately this can be reversed.

She called me immature because I like superheroes and action figures. When I was a child I couldn’t afford toys and promised my future self that I will buy a lot of them. Meanwhile, she literally worships things from Louis Vuitton or Gucci…