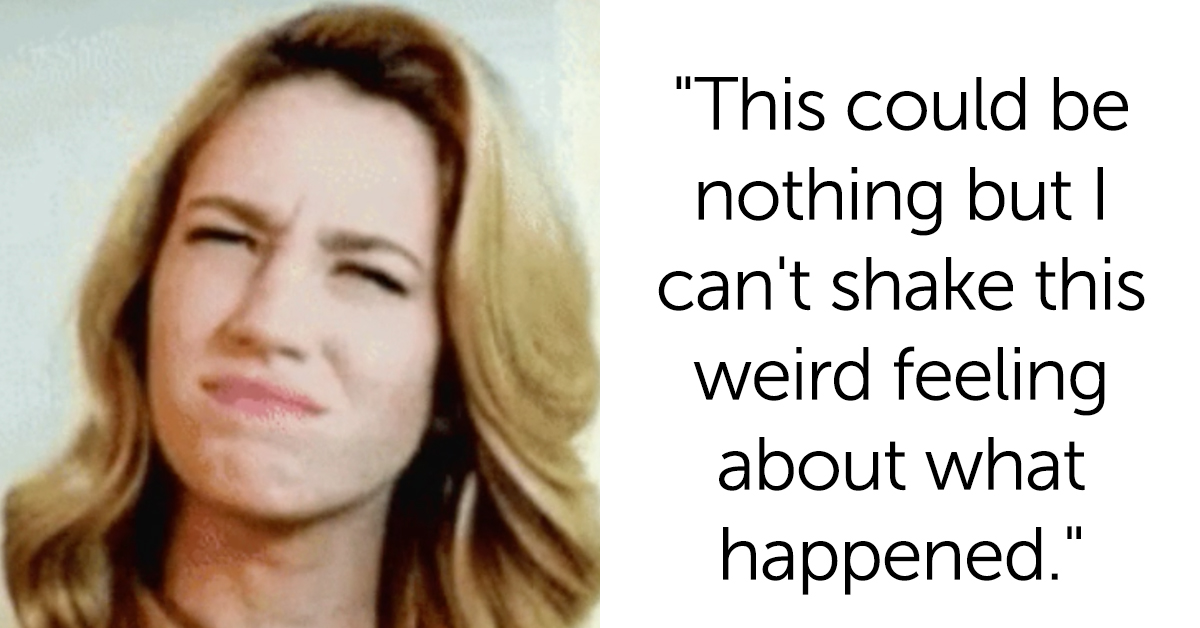 It’s incredibly traumatizing to realize you’ve been cheated on and it’s got to be one of the top ten terrible ways to end a relationship. Maybe even top one? And the lead-up to the discovery is wrought with heartache and nerves.

I recently found a Reddit thread from u/Throwra53779 about her husband’s very odd behavior at dinner one night. Here’s the whole story.

She says that she and her husband were at dinner with her family when her sister announced her pregnancy.

I feel like I’m going crazy here thinking about it. My husband and I were at my parents house for dinner. All was going well. We were talking, laughing and eating. But as soon as my sister got from her seat and announced her pregnancy.

OP’s husband, who had been fine all evening, got quiet and just stared at the sister. He said he wasn’t feeling well.

I noticed at first that my husband got quiet, didn’t get up to congratulate her since the rest of us did, and just kept staring at or towards her I’m not entirely sure. I repeatedly asked if he was okay and he mumbled about feeling a bit sick. That was strange because he was perfectly fine that day.

A few minutes later, he started to throw up and OP decided to take him home.

Literally, moments later he started throwing up. Like I had no idea what was happening with him. He sat on the bathroom floor near the toilet just looking down and refusing to let me help him up to wash his face. I kept asking him if he was okay but no response. My family were worried about him and I had to take him home. I checked his temp and blood pressure but all were normal. Still complete silence on his part.

Early the next morning, OP’s husband was crying in the shower; she asked again what was going on and he said he just needed time for himself.

He went to sleep shortly after and in the early morning at 5:30. I woke up to the sound of him crying in the shower. I rushed in asking if he was okay but still no response other than tell me he needed a minute with himself.

I almost lost it demanding he explain what was going on and he told me he was just feeling overwhelmed…from what?!?! He’s not the type who gets stressed out from work or anything of the sort. This is just so strange and out of character of him. He got dressed and left then refused to even talk about it.

Now OP can’t quite shake the feeling that something about her sister’s announcement triggered this response in her husband.

I can’t help but feel like this reaction was trigged by my sister’s pregnancy announcement since this is all started right after she made it. What makes me feel so horrible is the fact that my sister once implied that my husband was her type and hoped to get someone like him. She has a boyfriend btw. This could be nothing but I can’t shake this weird feeling about what happened.

One user wrote, “Oh dear. It’s doesn’t sound good to be fair. If anything has happened and your sister could just sit and announce her pregnancy normally when there’s a chance it could be your husbands means she’s a complete bitch and has zero guilt. Hopefully it’s just a misunderstanding. I’d ask your husband straight and see how he reacts. That will tell you all you need to know. Best of luck.”