Ordinarily, I wouldn’t want to tell a story about a woman getting harassed over $60, but the woman in question seems to be able to handle herself on every social media platform. It all started because she posted about being on a date with a guy she called “lame” at Texas Roadhouse. I don’t know why you would post on your public Facebook account about not liking someone and making them buy you dinner, but she did it: 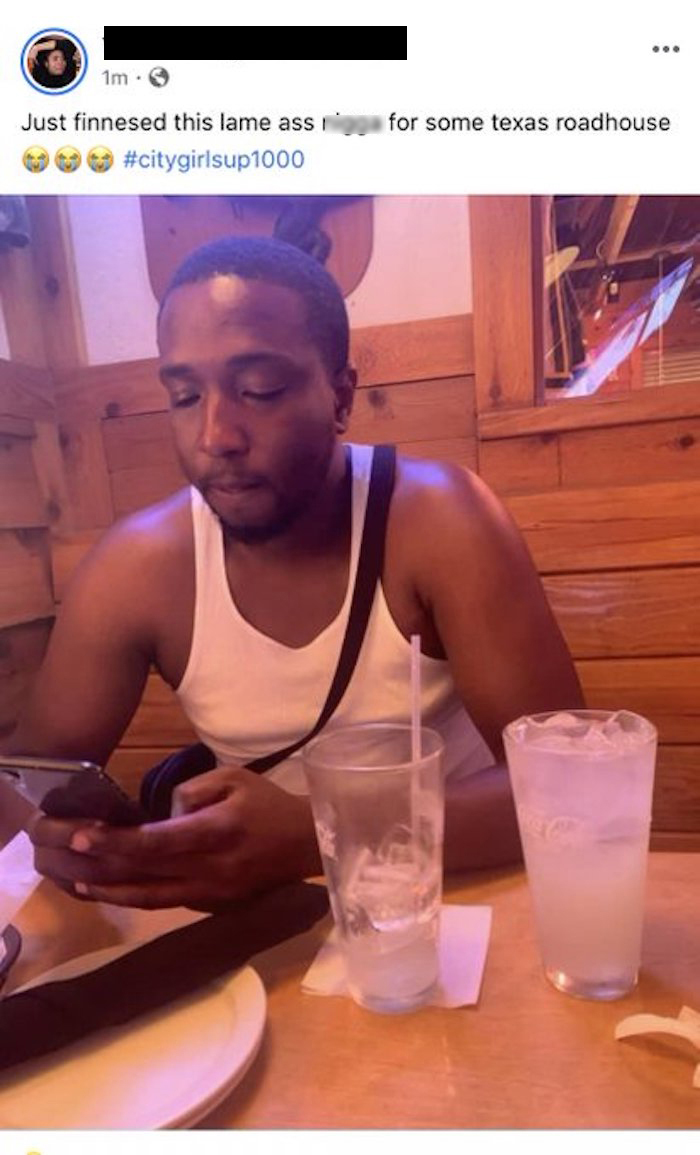 On his end was another post, a picture of her in which he says they’re on their first date and he’s “so nervous.” Yes, it’s sad. Messing with people who like you is mean. I also think it’s weird to post something like this, it’s a first date, restrain yourself: 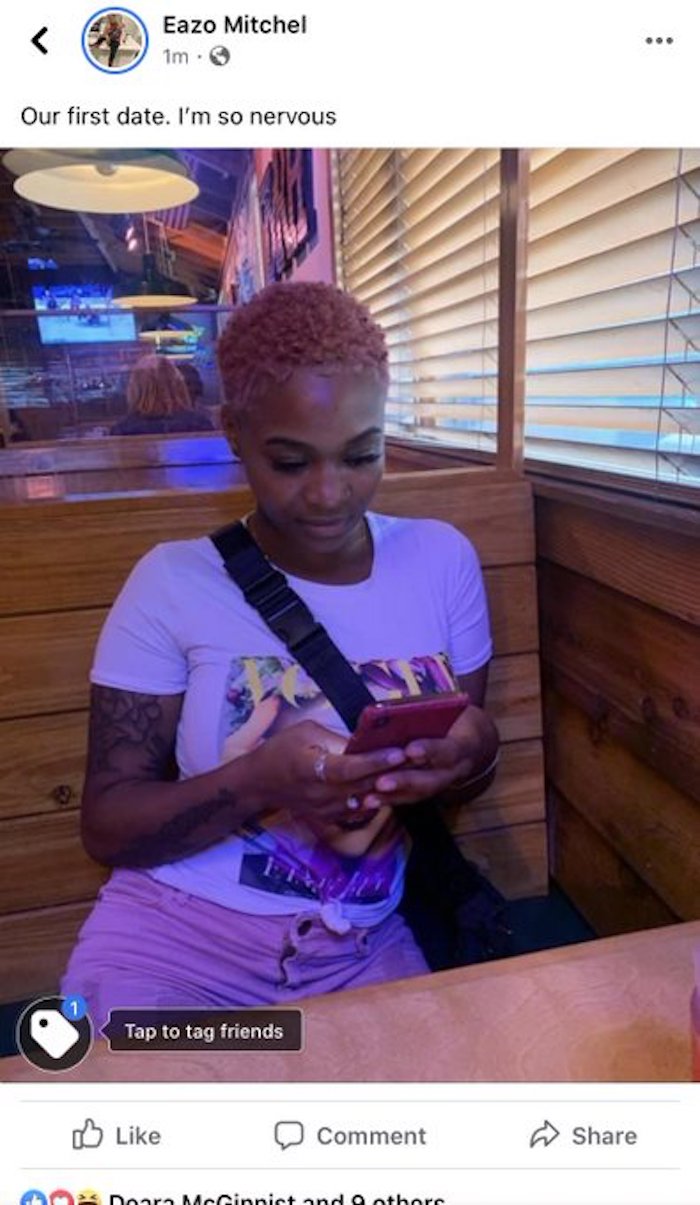 The two images have been circulated widely all over, because there is a very passionate corner of the Internet who hate when women get dinner for free. Yes, she’s rude, yes, her post was unkind. But the fervor about it is really wild.

On Twitter, it was shared by Charles Matthews, who had something to say about “females.”

There was no way this young man wasn’t gonna see that post, even if it didn’t go viral. He posted a Facebook status about how he’s okay, but the $60 he spent on the meal did put a dent in his pocket:

In response, the Internet made him a GoFundMe to get his cash back, so he can take a nicer lady to Texas Roadhouse in a pandemic:

The guy also changed his caption on the picture of his date to make her seem much less special:

The battle is raging on in the girl’s mentions, however, as she’s getting spammed by nasty messages from folks who are calling her all the vile names women generally get called online. They’re also making fun of her for thinking eating at Texas Roadhouse is a flex of any kind. She does not seem very bothered:

Truly. If you don’t like something someone did who is not a public figure, remember that putting them on blast makes them a public figure. They’re gonna pick up fans and haters. You thought she only got a $60 meal out of this? Clout is priceless.