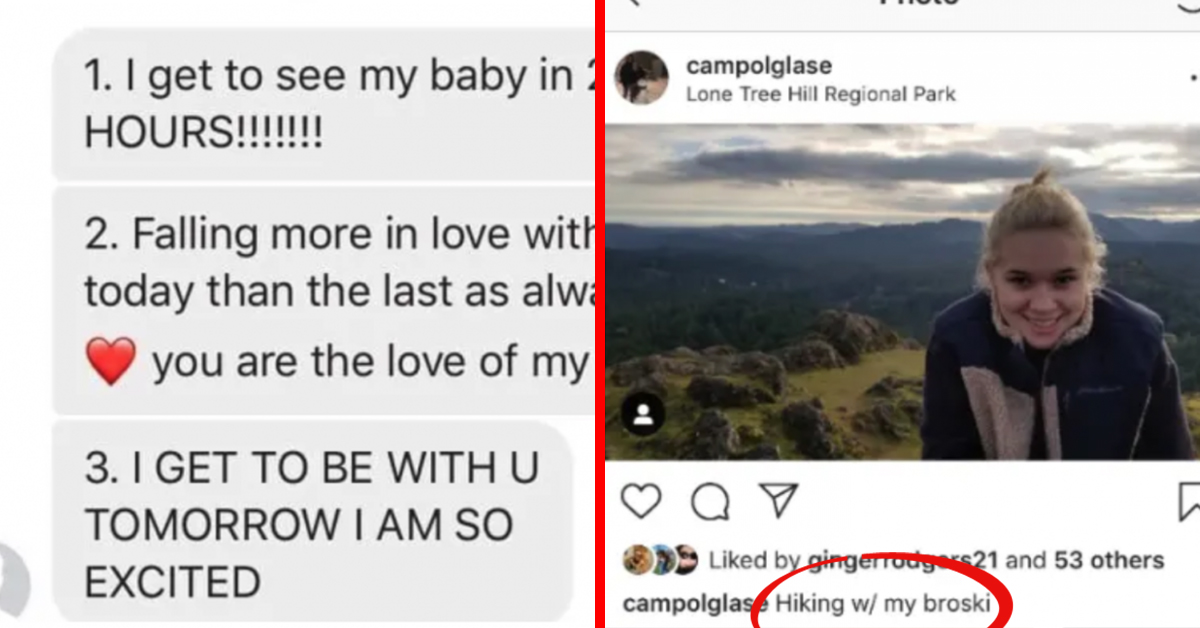 Olivia O’Leary, a student at UVIC in Victoria, British Columbia, tweeted about her boyfriend saying that the “minute the bedroom door closes” her boyfriend is all cuddly and sweet and nice. But, on social media, it’s like “me and my b*tch.” Honestly—who can’t relate to that?

O’Leary then shared the receipts from her own boyfriend, showing that his text messages show a loving, caring, adorable guy—but, on social media…who that be? I mean…it’s like two different people entirely.

In the texts, he’s obviously excited to see her, falling in love with her more and more and…SO EXCITED TO SEE HER TOMORROW!!!!

But, on Instagram, her boyfriend posted a photo from a day of hiking together—captioning it: Hiking with my broski. Ummm…what gives?

After O’Leary shared the two photos online, people began to share their own experiences with their boyfriends and how different they react to them on social media. Sure, behind closed doors things seem all lovey-dovey and sweet, but, the minute a guy logs onto social media it’s as though their manhood is questioned and triggered by being called “whipped” or “tied up.”

Or, this guy who writes sonnets in text message.

Or, this guy who compared his girlfriend to a man.

Or, this guy who could care less about his girlfriend.

Or, this boyfriend who is more concerned with staying “hip.”

Or, this guy who compared his girlfriend to Lord Farquaad.

Or, this guy who is too busy bragging about making his girlfriend “wet.”

Or, this boyfriend who called his girlfriend his sister.

And, this guy who called his girlfriend a “depressed goblin with titties.”

It just goes to show you—most guys are d*cks online, but, behind closed doors—they cannot live without us. They need us, they worship us, they want to be with us all day, every day. So, don’t worry ladies—you’re not alone.