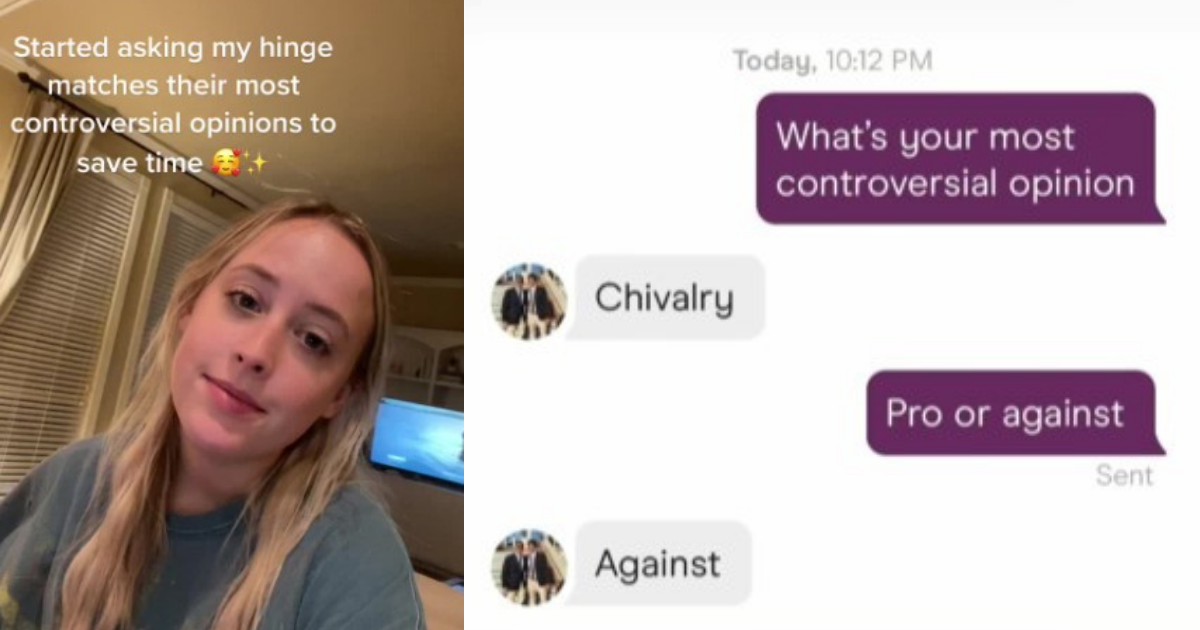 TikTok user Amanda M. didn’t set out to become a dating advice account, but people are turning to her page thanks to a viral post about getting straight to the point on Hinge.

In a TikTok video that has received nearly 10 million views and 1.4 million likes, Amanda shares how she screens potential dates.

She asks them one question that is a surefire way to uncover red flags before she even gets to the first date.

And when we say red flags, we mean some serious red flags. Like, the percentage of men who view that as an open invitation to share bigotry is ALARMING.

And then the ones that don’t care about other people’s lives.

Or being kind to people in general.

Especially the being kind to other people thing.

Amanda’s post became so popular that other people began asking the same question to their potential dates. Like Shannon did with John, who understood the assignment so well that he didn’t stop at just one opinion.

John was waiting for this moment his whole life.

And of course, you ask this question enough time to men, you’re bound to get a Hitler defender. That’s what happened to user @pizzarollbaby, whose dating profile shows that she is Jewish.

According to @pizzrollbaby, he never elaborated. Probably best for all.

But we are not leaving you, dear reading, hanging on that horribly depressing note. No, we’re headed over to Alyssa Cagliano’s post, where the men give us hope.

Like this person, who just wants to look at shooting stars with the bros.

It’s all anyone could want, really.