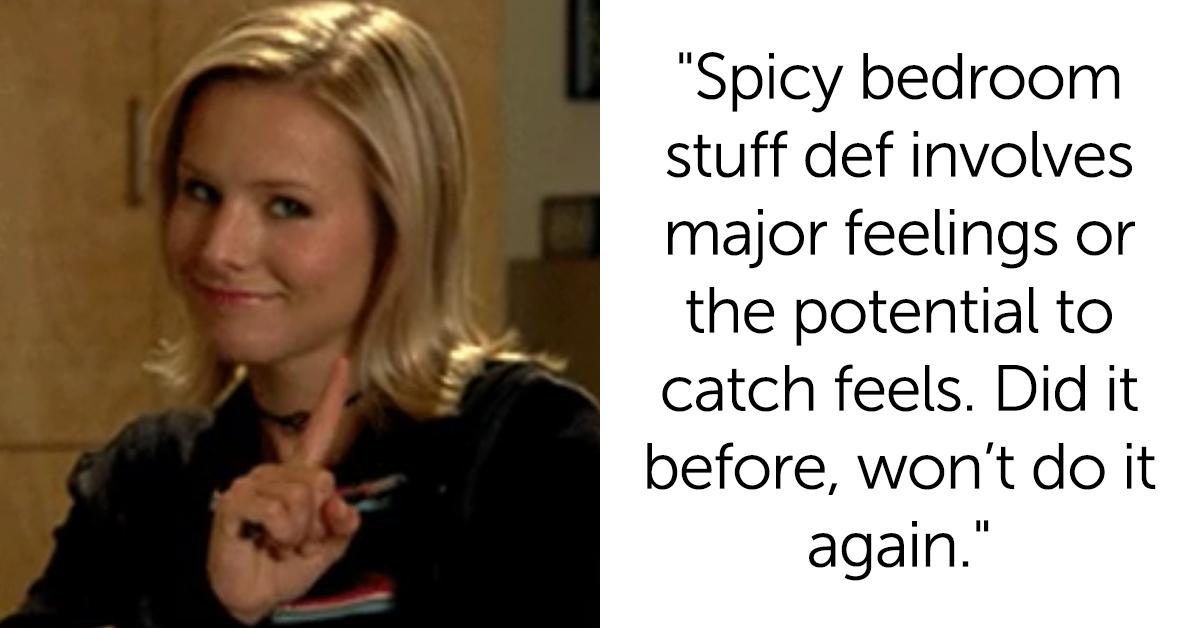 Let’s check some of these out & draw some boundaries!

Go to family holidays. Just meet their family in general. Maybe not even meet friends before you’re officially dating.

I wouldn’t do anything that more than slightly inconveniences me. If it’s casual, then so is my effort.

Yeah, spicy bedroom stuff def involves major feelings or the potential to catch feels. Did it before, won’t do it again.

If we were not officially in a relationship I would not come to them in my time of emotional need.. if there was a crisis basically. I’m not going to lean on someone in my time of need unless I know that they are strong enough to support me first.

Cook for them. I think cooking is one of the most intimate thing you can do for a loved one. No way in hell I would put effort to create something delicious for a fuck boi or some situationship.

Cancel existing plans to hang out with them instead, cook together, text alot during the day and such

Let them see my bedroom. It’s just a standard bedroom but it is MY SPACE aliens not allowed.

why invest time and emotions into a person who hasn’t defined the relationship yet? & potentially miss out on other prospects who may be better suited? nope. i’m single until he shows me he wants no one else to have me & wants to be exclusive. until then, hey cute guy working at the cafe. what’s your name again?

Spend a significant amount of money on them, move in with them, and say I love you.

Go down on them. I don’t know why but I find the act extremely intimate and I would only go down on someone I trust wholeheartedly. I’ve been in short term relationships where I was never comfortable going down on them. I also don’t like people going down on me before a relationship unless I ask them to. I’ve only asked one person and that was my current SO a week or so before we made it official. Times with other people were unwelcome and I felt uncomfortable. Doesn’t make sense to me though because PIV or fingering is like, a-ok for FWB or ONS.

It takes me a long time to get comfortable enough to be physically affectionate. But my love language is physical touch. So once I’m all in, I can’t keep my hands off.

Have sex (I need a deep emotional connection and exclusivity before I feel desire for someone).

I don’t cook or bake for them… that’s strictly long-term boyfriend privilege. Initially I tell them I’m a terrible cook, so they don’t have the expectation that I’ll cook dinner for them every night.

Anything that would permanently alter my day to day, or other personal relationships (siblings, friends, parents, kids). So no loaning money, no holidays, no meeting kids for at least 6 months of serious dating, same for family, no moving in together before a year, no getting them a job where I work, etc.

Do their laundry, cook for them, set up outfits or have things ready, can’t do things like that for just anybody