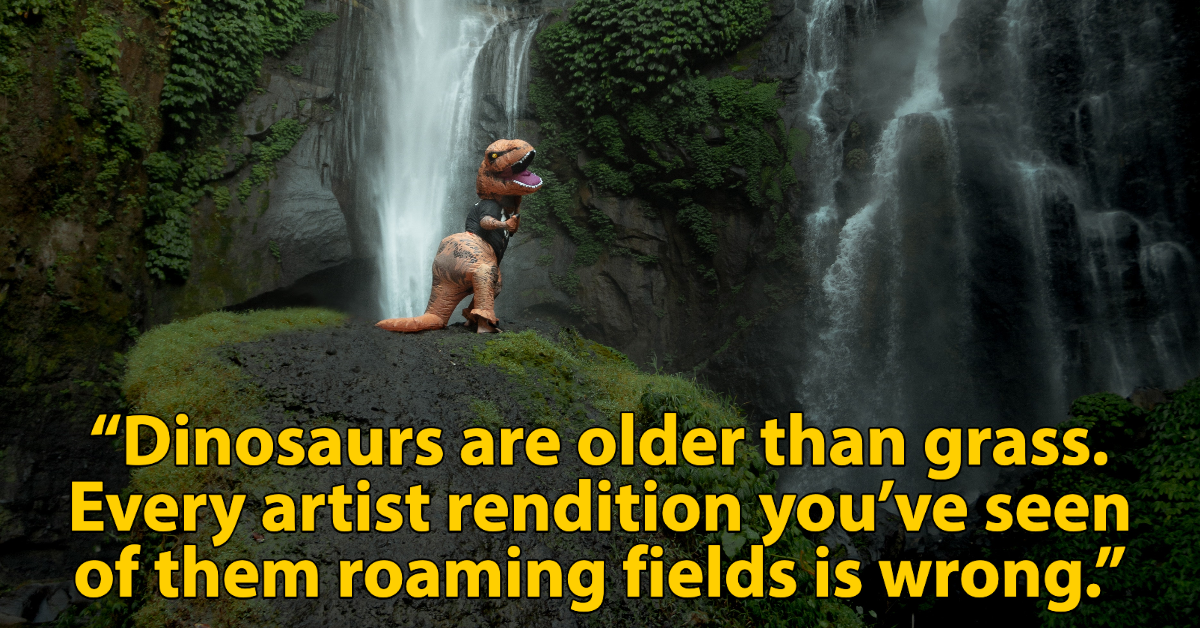 Are you the kind of person who expresses skepticism at everything you hear? Sometimes it can be difficult to believe strange and surprising tidbits of information. On Reddit, people are sharing the facts they’ve heard over time that they found hard to believe — but are actually true. Facts about the universe and nature, facts about interesting people, facts about cultural events in our lives. What do you believe?

“There is enough water in Lake Superior to cover north and South America in water one foot deep.” — Angry_Elk

“Dragonflies accelerate at up to 4G and corner at up to 9G.” — automatorsassemble

“The Australian Funnel Web Spider is often regarded as the world’s deadliest and hasn’t had a confirmed kill in over 40 years since the antivenom was created.” — Regnes

“1/6 of the world’s living languages are only spoken in New Guinea.” — Mr_Taviro

“President Jimmy Carter rappelled into a nuclear reactor that was in partial meltdown to stop the meltdown and save Ottowa (before he became President, of course).” — thebyron

“That a spy named Joan Pujol Garcia was awarded the highest honor of service from both the Allies and Axis in the Second World War.” — Bma1500

“From the time it was discovered to the time it lost its status as a planet, Pluto made it less than a third of the way around the sun.” — SaturnRocket

“In 1995, a man named MacArthur Wheeler robbed two banks at gunpoint, he was arrested mere hours later because he didn’t wear a mask. Instead, he decided to coat his face in lemon juice because he read that lemon juice can be used to make invisible ink. His logic, was that it would make his face invisible. And reportedly, he said to one of the tellers ‘don’t worry, I have a face, it’s just invisible.’ The only thing he did when he was arrested was sigh dejectedly and say ‘but I wore the juice!’ His case is actually still in academic journals regarding the fact that people with low intelligence do in fact believe that they’re smarter than everyone else.” — AnnigidWilliams

“There are more trees on Earth than stars in the Milky Way. Roughly by a factor of 10.” — TyroneMings

“Ciabatta bread was invented in 1982. It’s advertised and perceived as this, traditional, rustic Italian bread that peasants must have enjoyed, but nope–created in the 1980s.” — Darmok47

“Tsutomo Yamaguchi was in Hiroshima on a business trip and on the day he was supposed to leave, the atomic bomb dropped. He survived with minor injuries and returned to his home in Nagasaki where he went to work 3 days later. As he was describing his experience to his supervisor, the second bomb was dropped and he survived without any injuries. He ended up living into his 90s.” — Hopeful_Jaguar_5833

“A moose can dive underwater down to nearly twenty feet in search of food.” — ofsquire

“Dinosaurs are older than grass. Every artist rendition you’ve seen of them roaming fields is wrong. Most ground level plants were ferns or flowering bushes, not grass.” — AJCLEG98

“The Loudest Sound In Recorded History Was The Krakatoa Volcanic Eruption Of 1883. It ruptured the eardrums of people more than 40 miles from the epicenter, created a sound wave that circled the globe seven times, and could be heard all the way in New York City, a short 10,000 miles away.” — Bma1500·2 days ago

“Clouds weigh hundreds of thousands of pounds, full of water, effortlessly floating above our heads. No support, No structure, just weight, floating around above us and we’re like, yep totally believable, because they’re clouds, duh.” — dang_dude_dont