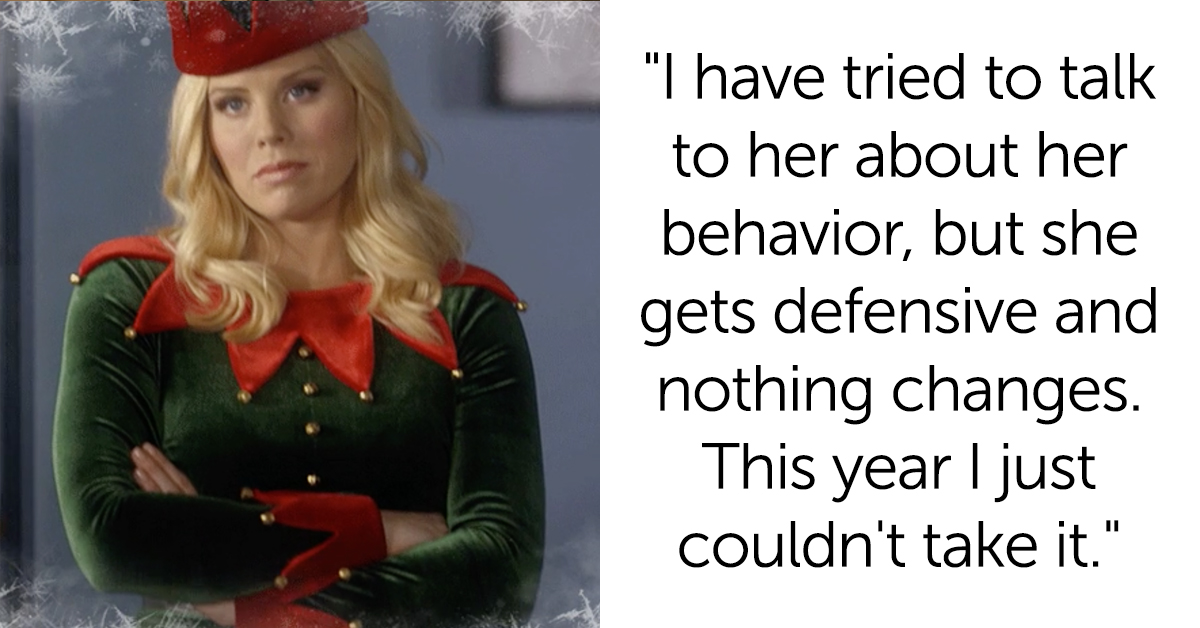 Oh MAN even the title u/CarobOk161 picked is rough. They wanted to know if they were an asshole “for lying to my wife because I didn’t want her to attend my company Christmas party?” and I can’t fathom a good enough story to make this excusable.

I feel like shit right now but here we go.

OP explains that they work for a very fancy company and the Christmas party is a big work opportunity for everyone. They were excited to take their wife until…

I work for a pretty pretentious company where everyone tries to kiss the boss’s ass. We have a huge holiday party every year. It is always a fancy venue, cocktail attire, and great food. When I first started working there it was something I was excited to take my wife to, but it is now something I dread.

OP shares that his wife gets so stressed by major events and then embarrasses OP at the actual event.

My wife gets herself so stressed over it that she is miserable for weeks leading up to it. She agonizes over what to wear, always goes over budget, and spends the whole day on hair and makeup. Then when we get there she honestly embarrasses me (and again i feel like shit)

The boss’ wife can’t stand her, his boss may (or may not) be laughing at her, it’s stressful for OP.

Every year she tries so hard to befriend my boss’s wife who clearly wants nothing to do with her and literally looks at her husband like save me. I always feel my boss is laughing at me. Then she spends the next couple days making fun of my boss’s wife and calling her a bitch which I’m terrified is going to get back to them, because you know how gossip works. It’s all very hard for me to watch.

OP has tried to talk to her about it, but with nothing changes they tried something new this year: they just lied. They told the wife that there was no party at all.

I have tried to talk to her about her behavior, but she gets defensive and nothing changes. This year I just couldn’t take it. I told her there wasn’t going to be a party, just a lunch during the work day for employees only. My plan was to go alone and make an excuse for her. I hate lying but I felt I’d given her multiple chances to change her behavior, so what am I going to do. At this point she is hurting my career and hurting herself mentally.

Obviously, OP’s wife found out and is angry. So… how wrong was this person?

Unfortunately she found out and is obviously furious. She feels i took away a huge night from her, and is very hurt that I am embarrassed by her behavior.

A few people have considered this a NTA verdict:

“Maybe not very popular, but I say NTA. You have talked to your wife several times about this, and still she doesn’t listen. It could harm your career. Talk to her again and keep repeating why you did this, then maybe she will get the hint,” wrote one user.

Another had a suggestion, “NTA. You’re being responsible. Tell her you’re sorry for lying. Take her to a dolled-up expensive outing and do it annually, the week after the office party. Of course she’s hurt and you shouldn’t have lied. But, some people need saving from themselves. And, of course, you need to protect your career for both you AND your wife. Good luck, OP. Sorry you won’t be having sex for the next two months….(he, he).”