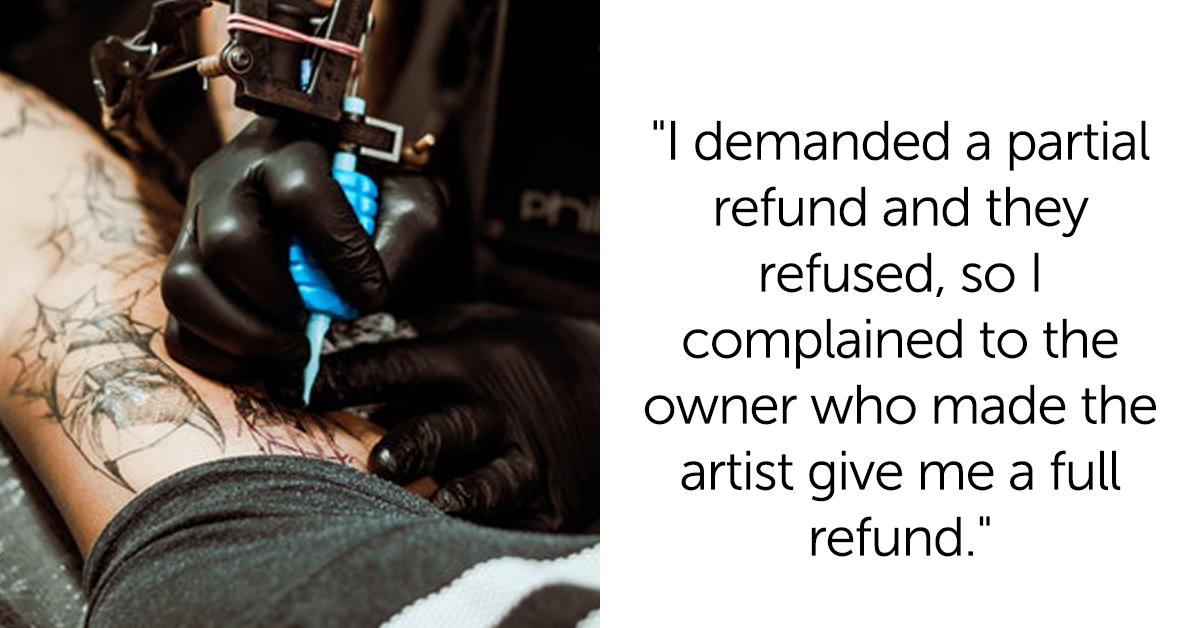 Tattooing is an art form but one person who recently got a tattoo has taken to Reddit wonder: is it the same as a painting on the wall? Because in a painting, you expect to see the artist’s initials or signature, but as a permanent inked piece of your body, is it welcome?

Redditor u/TattoodNoobAITA recently got a tattoo and discovered a problem once they showed a family member. They took to Reddit to ask if their anger was justified.

This is a short one. Names changed for privacy.

I went to a tattoo shop in my area, with a photo of the tattoo I wanted. It was one my dad had gotten to honor my passed grandfather who’s father also had it. But the point is — it was important to me that the tattoo looked EXACTLY as it did in the photo.

The image being tattooed was highly sentimental to honor a grandfather and great-grandfather. It was important it match the photo OP brought in.

I get to the shop, I explain everything, I pay, get the tattoo, and we’re done, I think it looks awesome, everything is great!

And it does! The artist did a great job and OP was happy. Until…

Until a few weeks later when I show my great grandmother the tattoo. She’s static, grabs my arm to look at and compliment it, then asks, “Who’s AJ?”

I ask her what she means, and she points out on the tattoo where the initials A and J or maybe T were hidden into the tattoo.

I’m instantly pissed, as my artists name is Alice Trever. She tries to assure me it’s no big deal if I hadn’t noticed it til now, but I still reached out to the artist sort of irritated.

OP’s great-grandmom pointed out that it wasn’t a problem since OP hadn’t even noticed, but OP reached out to the artist anyway. The artist said it was pretty normal, but OP demanded a partial refund.

They told me the style of art I got is called traditional and it’s “pretty trad” for all artists who do that style to do it. I demanded a partial refund and they refused, so I complained to the owner who made the artist give me a full refund.

The parlor owner forced the artist to give a full refund and the artist is on a tear about it. OP isn’t sure if they’re the jerk anymore.

Now the artist is running a full smear campaign, talking about moving shops, and all kinds of crap. My sister says I’m an asshole for pushing the issue, but I feel like, at the end of the day, I told you exactly what I wanted and you didn’t do that. AITA?

And I’ll be honest, this one’s out of my wheelhouse! Let’s see what Reddit decided…

There you have it! Not the assh*le at all.