With great power comes great responsibility—a phrase most of us could benefit from keeping in mind when it comes to technology. Our smartphones are extremely capable devices, almost to an unnerving extent.

With this capability also comes the almighty screenshot. See a funny meme you want to share later? Screenshot. Received an unsolicited pic that calls for group chat mockery? Screenshot. Conversation with a significant other that requires bff consultation? Screenshot.

It’s an incredibly useful tool, but one that should never ever be underestimated. Just take it from these unfortunate souls who were brutally owned by their very own screenshots.

1. This guy who talked crap about a girl and sent a screenshot of her message BACK to her. 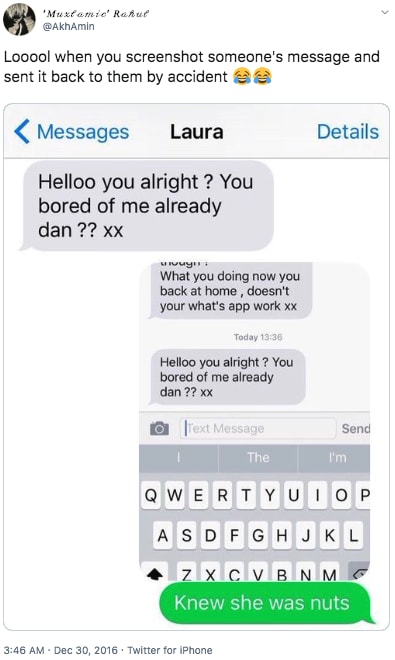 2. This poor girl who pretty much did the same thing to a guy. 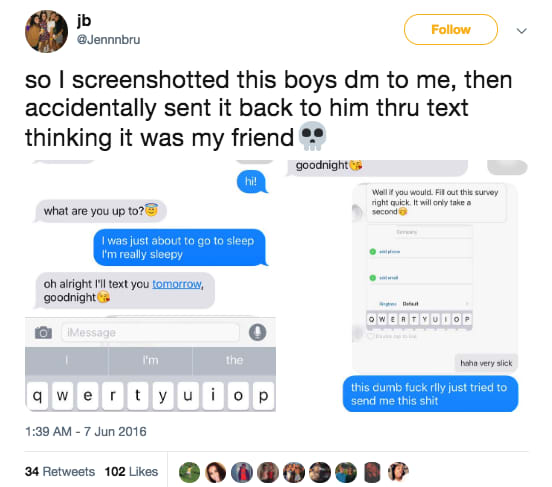 3. This woman who’s lucky her boss has a sense of humor. 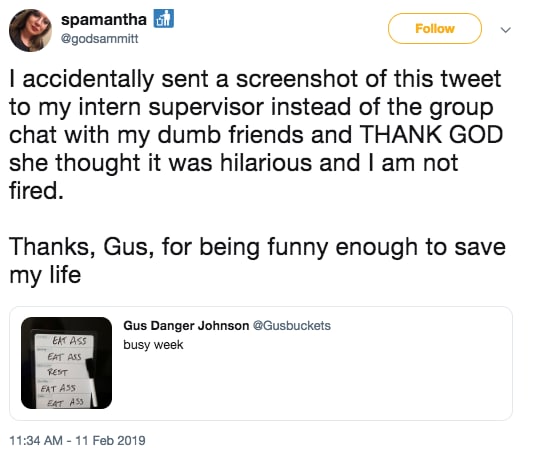 4. This person who will never send another unsolicited pic after someone screenshot it and sent it to his mom. 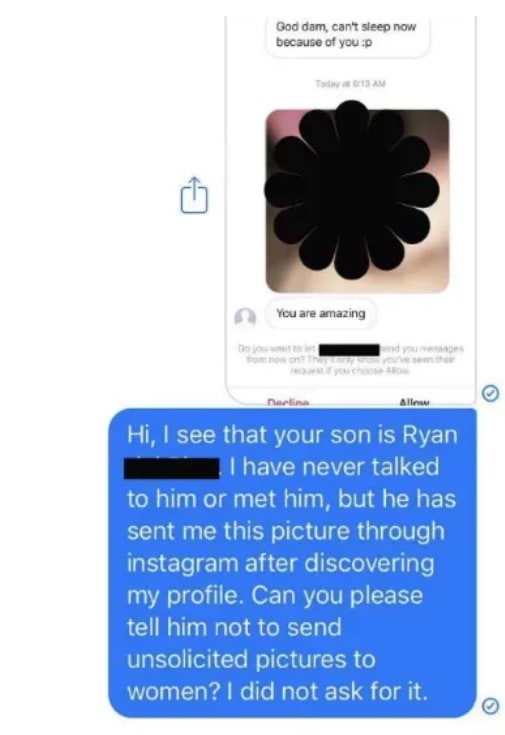 5. This person who got called out for screenshotting. 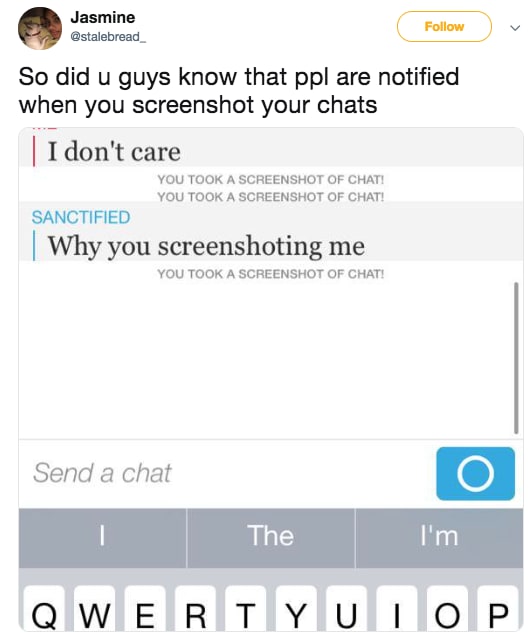 6. This chick who accidentally sent her dad a screenshot of a creeper in her DM’s. 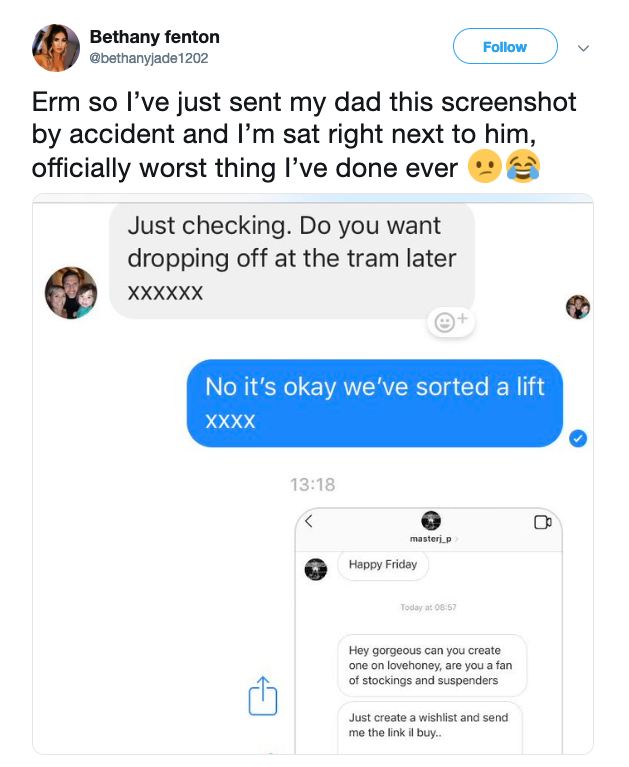 7. Sarah, who accidentally sent her mom a wildly inappropriate meme.

8. This woman who accidentally sent a meme to her boss. 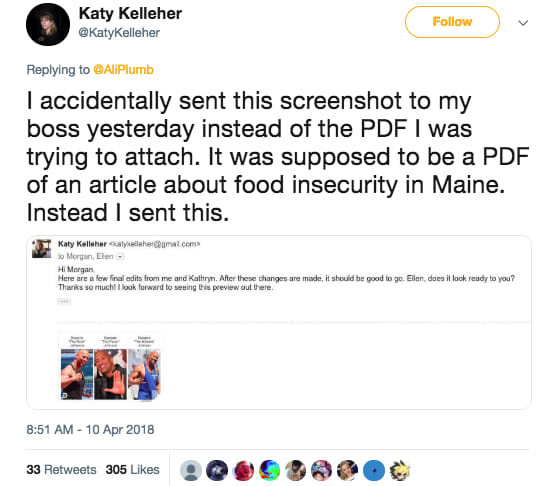 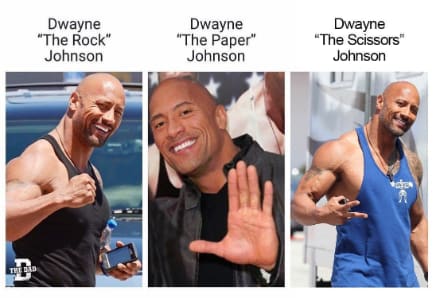 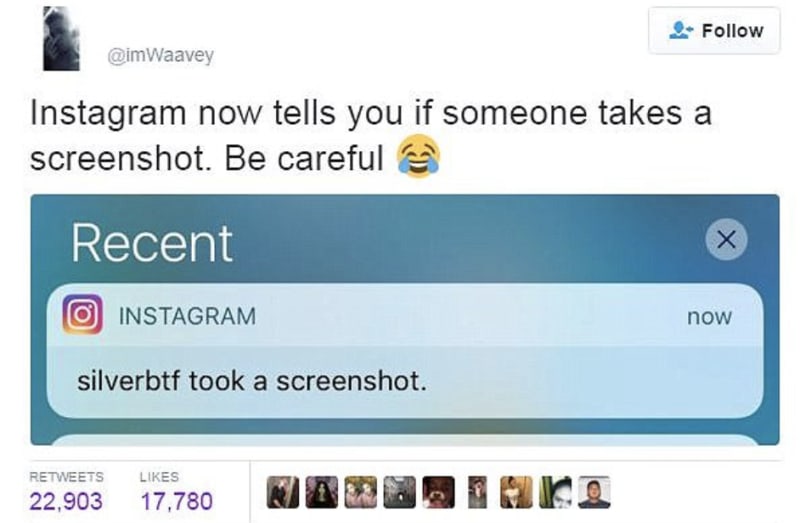 10. This boyfriend who accidentally sent his girlfriend a screenshot of her Christmas gifts.

My boyfriend was trying to send me a picture from his photos, and accidentally sent a screenshot he had of some of the Christmas presents he bought me. As someone who loves figuring things out before I’m supposed to, this is my dream come true. pic.twitter.com/XTbPqS3FJX