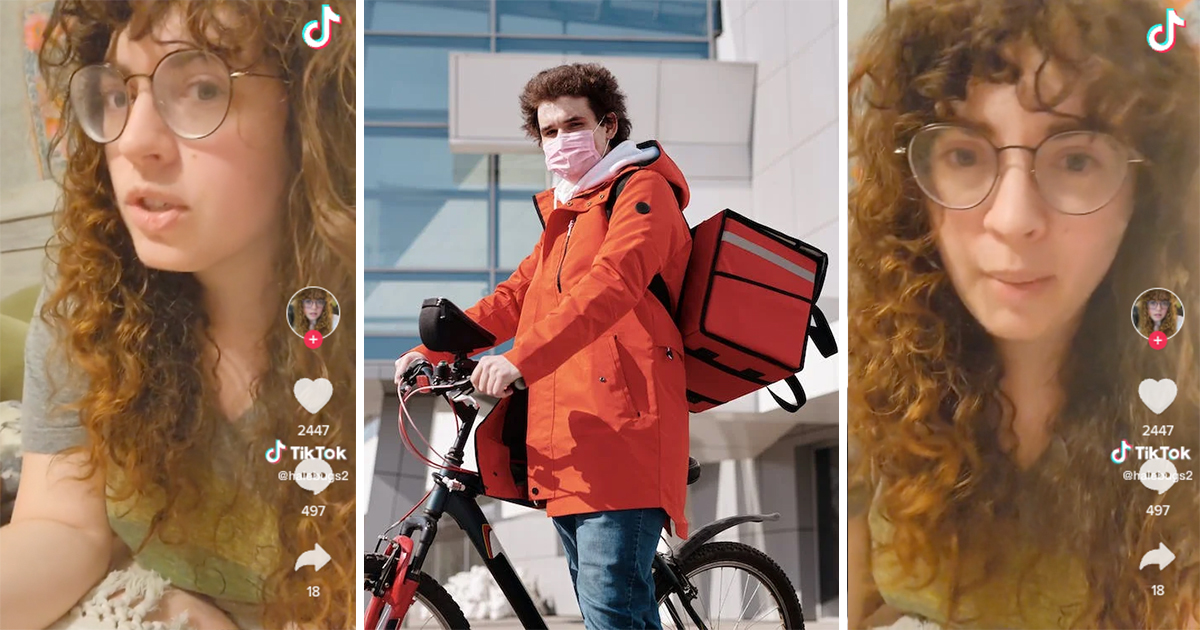 A woman on TikTok by the user (halebugs2) recently spoke out against DoorDash after they delivered her food to the wrong address and then refused to compensate her. Hales said that she had been “compensated” twice before, in the sense that they refunded her a single dollar months ago and credited her $4 the month prior to this event.

When she reached out to the company this time around to ask for a re-delivery or a refund, they stated that they had “compensated” her “in the past so she was “no longer entitled to extra compensation.”

Hales was not only rightfully confused but wondered if this notion was even legal.

In the caption of the video she wrote, “like this cannot be legal right??? also this broke me I just cried for like 20 minutes someone send me food.”

In her video, halebugs2 says that when the delivery driver took the confirmation photo of her food on the porch, the address of the house was shown and it was definitely not her home. She pointed this out to DoorDash and asked for either a refund or to have the order redone. In the video she states,

“They said no because they’ve compensated me in the past so I am no longer entitled to extra compensation,” she claims. “I’m just trying to figure out the business model around ‘if we don’t give you the things you paid for enough times, we just don’t have to give you a refund for the things you don’t have.’ Is that legal?”

Well, according to DoorDash’s terms of service, “DoorDash has no obligation to provide refunds or credits, but may grant them, in each case in DoorDash’s sole discretion.” Wonderful. So basically, DoorDash’s policy is “If we’re feeling gracious we MAY give you your money back, or at the very least, give you a credit so you can order through us again.”

Viewers in the comment section shared their DoorDash experiences and backed the argument that DoorDash’s business plan made need some adjusting.

In the comment section, Hales stated that she finally made contact with a representative and was credited the amount she spent.

What are your thoughts on DoorDash and similar food delivery companies? To me, it’s beginning to seem like they are messing things up more than getting things right these days.