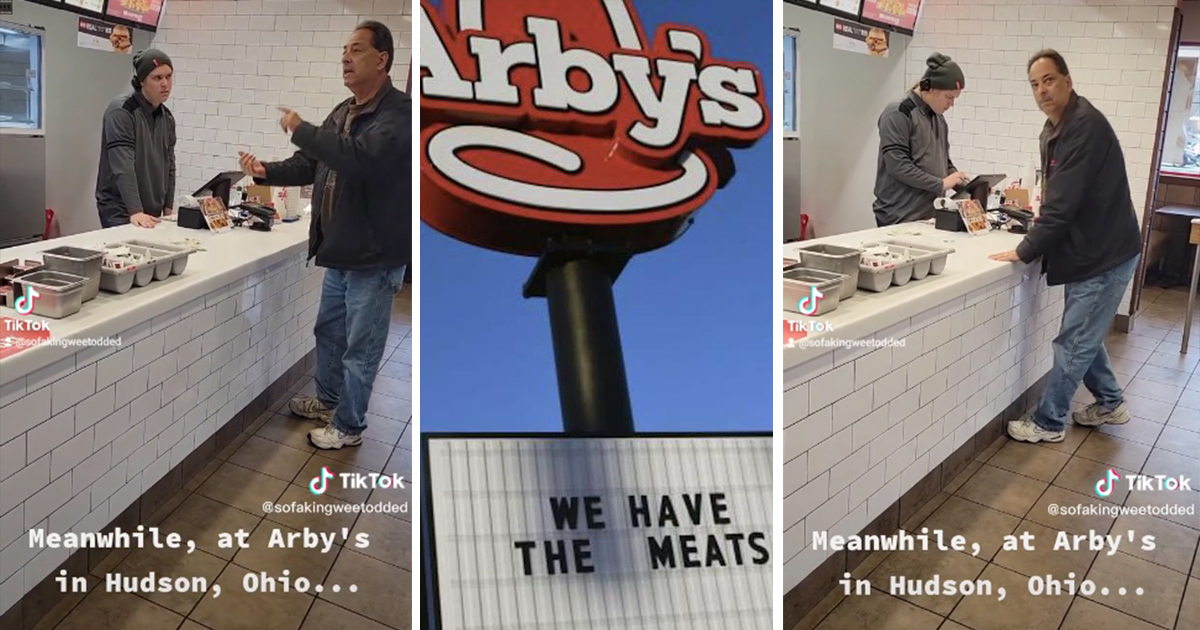 In a recent viral TikTok, user (sofakingweetodd) captured an Arby’s manager and furious customer caught up in quite the altercation. The video racked up over 1.5 million views and ensued controversy over who was in the right.

The video had an overlay text that read, “Meanwhile in Hudson, Ohio” and begin with a woman manager snatching a customers drink away while rudely saying “enjoy your day.”

With little context, it’s hard to tell who the real menace was in the situation, but most can agree that the manager was extremely unprofessional.

While the altercation goes down, one of the employees at the cash register is trying (and taking his sweet time) to give the customer a refund. Then, the argument escalated about the refund when the customer claims the employee “can’t even give the right change.”  The manager steps in and asks the customer what he ordered and he claims it was a “No. 1 for $9.49.”

That’s when the confrontation flared, the customer screams “fuck you” at the manager to which the manager tells him that he has “a serious problem,” the tension escalating by the second. The customer accuses the manager of “not knowing how to run a place.” With that, a screaming match between them continues, followed by a wave of cursing, and name-calling.

Towards the end of the video, the manager threatens to call the police, and the customer dares her to do so, which makes her fall quiet. Throughout the entirety of the video, the TikToker remains as Switzerland, filming without trying to get involved.

Viewers in the comment section had a lot to say about this Arby’s manager and the situation as a whole: