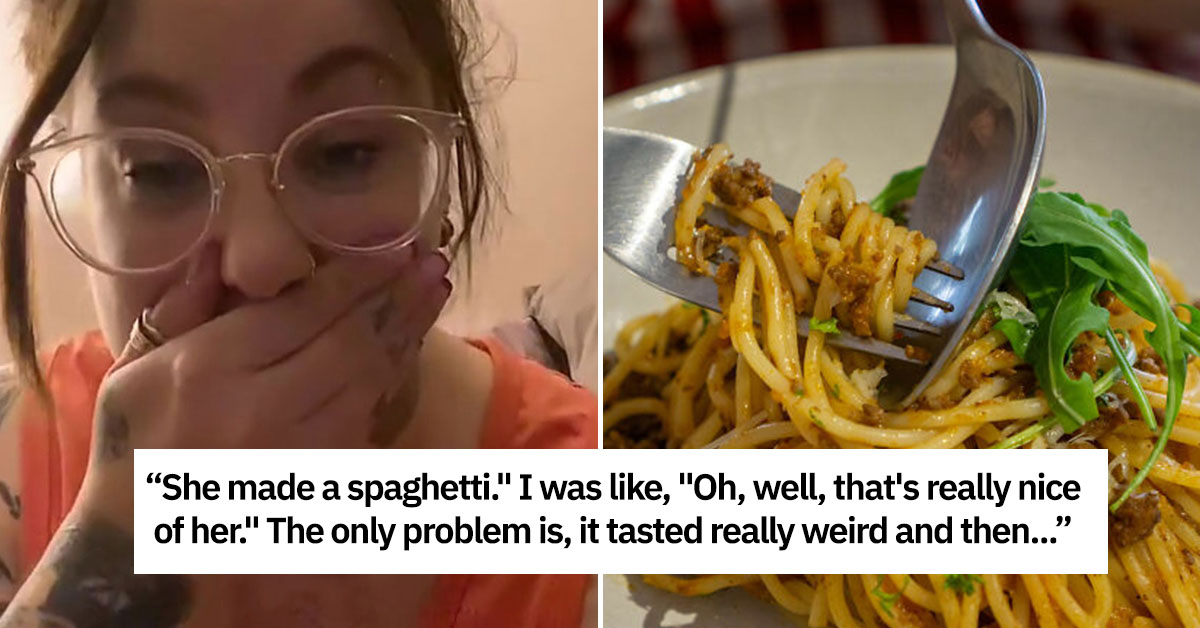 Airbnb hosts do everything in their power to do absolutely nothing and then charge you for the pleasure, so if you’re sitting down to eat with one… what went wrong here?

A former Airbnb employee, Kendal Marie, recently found a video talking about her ex-employer. Kendall watched the video and then stitched it to share an absolute horror story.

Kendall worked at a call center that served the Airbnb company. She got a call from a guest.

First, the caller said that he wound up at a venue that, despite being ‘private’ was, in fact, ‘shared space’.

I used to work for Airbnb. I have horror stories. My favorite was someone called in to complain that the host was living in the same place that they were staying and you can’t do that. If you say it’s private. It’s a shared space.

So we had to call the hosts and say, “hey, you need to change your listing. Otherwise, you could face more penalties” But the guys were really nice about it.

But then the guys were like, “Hey, here’s the second problem. She made a spaghetti.” I was like, “Oh, well, that’s really nice of her.”

But, in fact, it … uh, wasn’t. The guest explains that this “welcome spaghetti” tasted a little off. They searched through the trash to figure out what was in it and found no evidence of meat… but they did find… dog food.

“So yeah, it was to welcome us. The only problem is, it tasted really weird and then we checked the garbage, we couldn’t find any can ground beef or can ground meat or any like styrofoam packaging for ground meats. We did find an empty can of dog food though.

The amount of reviews that I had to look over and the people praising her welcome spaghetti was trauma.

A lot of the response on the TikTok video centered on how terrible Airbnbs are now; they’re as expensive as hotels and require you to do a lot of stupid extra work. It’s not great.

It would seem AirBNB may be on its way out, or at least it’s headed for some hard times unless they fix some major issues.