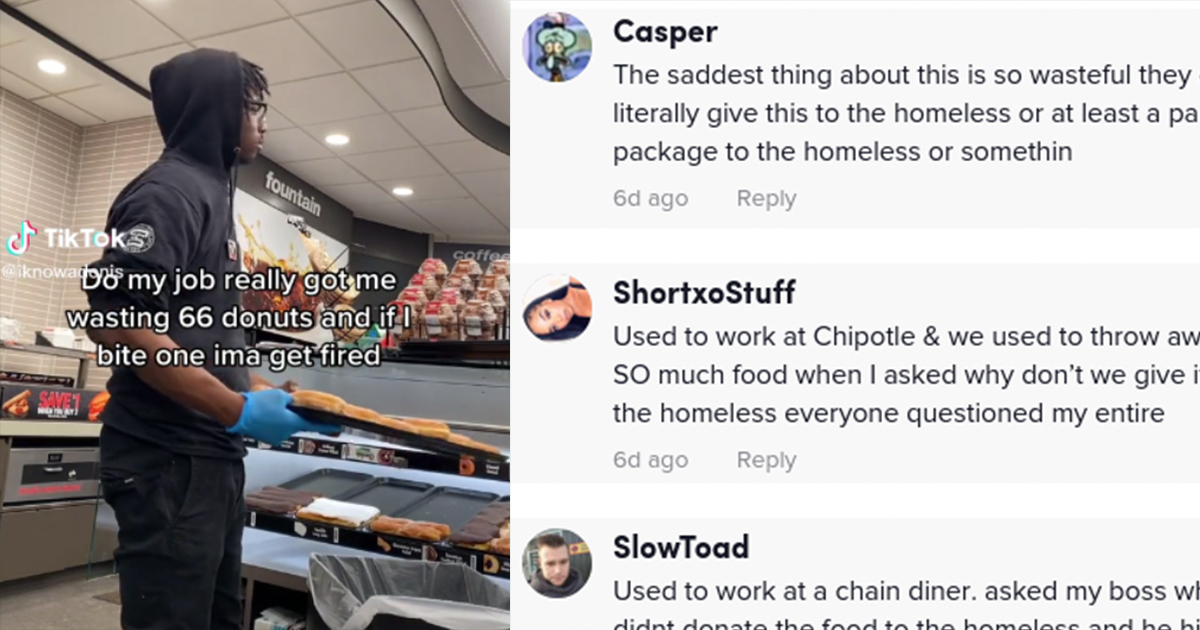 Each year, 108 billion pounds of food is wasted in the United States. That equates to 130 billion meals and more than $408 billion in food thrown away each year. Shockingly, nearly 40% of all food in America is wasted. Most people who hear this news are outraged. Why is so much food being thrown away to rot when there are so many starving people in America?

Well, capitalism is the direct answer, but lack of action from those who care is also slowing down progress. In a TikTok posted by user (iknowadonis), awareness was brought to light on how much food an establishment as small as a gas station trashes each night.

Adonis usually posts videos of him at his gas station job, but in this clip in particular, he explained his closing process saying in the text overlay, “do my job really got me wasting 66 donuts and if I bite one ima get fired.” The video sparked outrage among viewers.

His video received over 5 million views and nearly 5k comments discussing the issue.

According to shared personal stories in the comment section of the video, workers everywhere are forbidden from eating any of the food that is meant to be thrown out at the end of the day. Luckily, there are some managers with hearts still out there and they allow their employees to make a meal before tossing the rest. Although that’s a start, it’s not enough. Policies need to be put into place that avoid the wasteful disposal of billions of meals each year.

Viewers were disgusted at the notion of wasting food, expressing their disdain openly. While others offered ideas on how to sneak left-over food out without being caught.

If you’re wondering what you can do without looking away from your screen to help halt hunger and food waste in America, check out Feeding America’s website here. They’re a fantastic organization that salvages billions of meals each year to help feed the less fortunate!