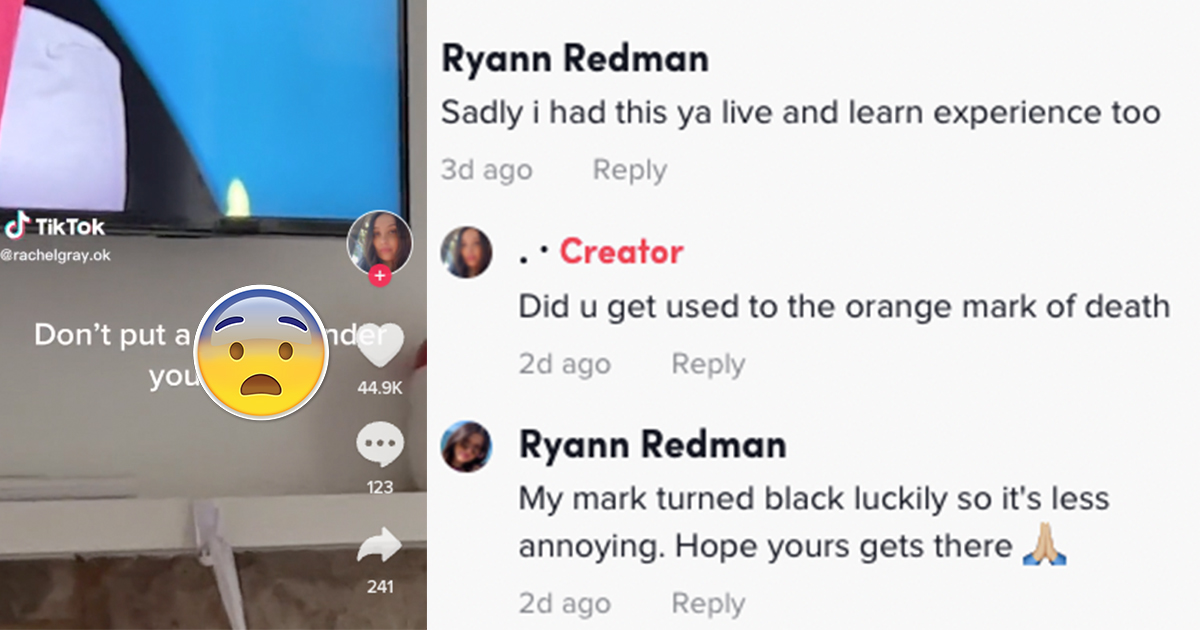 If there’s one thing we know it’s that electronics and fire don’t mix. Nothing good will come of that relationship (unless you’re really into the smell of burned things).

TikTok user Rachel (@rachelgray.ok) learned this the hard way, showing an orange mark that a candle left on her TV (scroll to the end for the full video).

In the video, she wrote “Don’t put a candle under your TV :)” Good advice!

The video went viral, getting more than 1.5 million views. Rachel also poked a little fun at herself, playing a sound clip that said, “She’s incredibly intelligent.”

But hey, we all do dumb stuff. Lots of commenters have apparently done similar things and sympathized with her.

Some even had some advice based on their own dumb moves.

And while her TV is damaged, Rachel is lucky. Because candles can cause much worse problems.

The National Fire Protection Association says that from 2015-2019, an estimated 7,400 home fires were started by candles each year in the U.S.

They caused an annual average of 90 deaths, 670 injuries, and $291 million in property damage.

A study by the U.S. Consumer Product Safety Commission suggests that most candle fires could be avoided if people followed three safety rules:

Oh and don’t keep them close to your TV. Here’s the video.