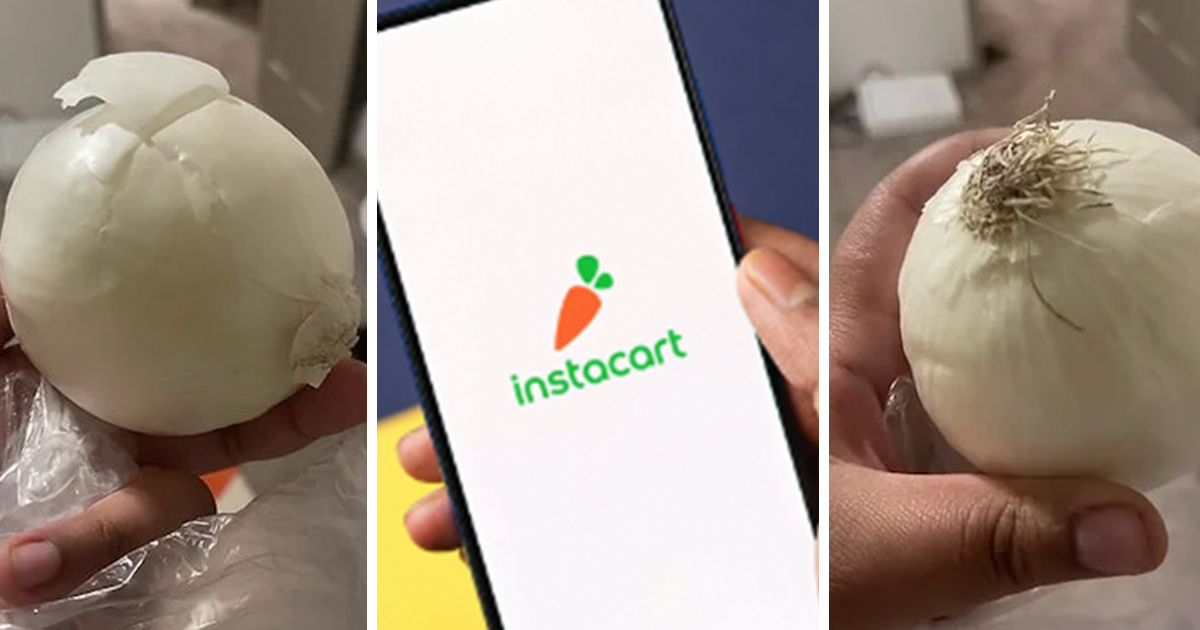 An ongoing Internet debate regarding whether male or female Instacart workers are more reliable has those involved claiming that male deliverers seem to be notoriously messing orders up. Multiple reports from customers allege that some male Instacart shoppers are switching items for entirely unrelated things, lying about whether items are in stock, and generally not shaping up to the expected standards of Instacart’s policy’s.

The most recent allegation to date came from TikToker (@anabana251), when she stated that her male Instacart shopper replaced an order for a green apple with an onion. “They don’t even be trying,” she says “it makes me so mad.”

In a video with over 388,000 views, customer Anastasia (@anabana251) holds up an onion and lashes out at male Instacart shoppers.

In another scenario, TikToker lifewithkimb discussed how a male Instacart shopper had completely botched her entire order, replacing her unavailable vegan items with food she as a vegan couldn’t eat.

She said in the video, “-and this is a consistent thing if I get a non-female, non-femme shopper. Like, why am I tellin’ you how to do your job, bro?”

Another user (thebloomingbabe) stitched @lifewithkimb’s video sharing her story of how a male Instacart shopper claimed the store didn’t have her requested meatballs in stock. When she went by the store the next day however, she found out that not only were they in stock that day, but with a little inquiry found out they had been in stock the day before as well.

So yet another Instacart customer had a few critiques to make towards male Instacart employees:

This TikToker went on to explain, “I got charged $66.42 for the entire loaf.” after her male Instacart shopper included an entire block of cheddar cheese in her already-messed up order.

What in the hell 😂 can I return this? #instacart

Stories such as these keep surfacing. Have you ever had a bad Instacart experience that was associated with the gender of your assigned shopper? Could it be true that women tend to take grocery shopping for others a bit more seriously? Many viewers of the TikToks commented on how women shoppers had gone above and beyond to ensure customer satisfaction.

A few female Instacart shoppers spoke out on their shopping methods, and other viewers commended women shoppers for their diligence.