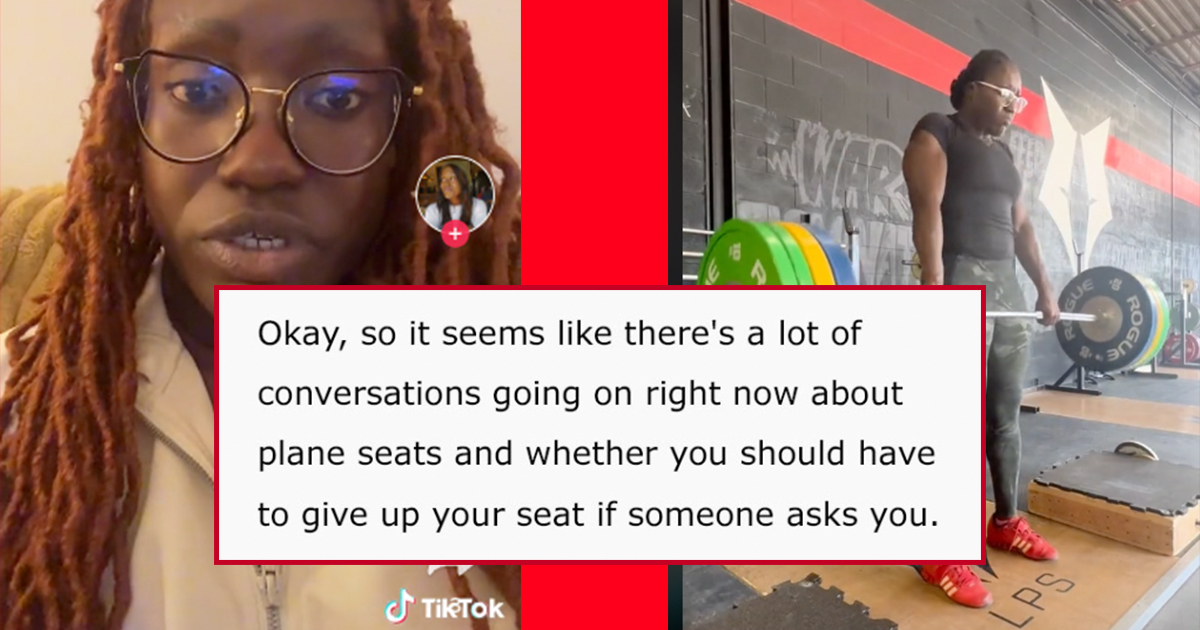 If you’ve ever flown on a plane, you know that where you’re sitting generally matters a lot. The longer the flight, the more I’m usually willing to pay extra for a better seat. Planes are claustrophobic, hot, and intimidating machines, the least you can do for yourself is sit through it in as much comfort as possible.

Conversation over the topic of switching your seat with strangers on the popular social media platform TikTok, recently ensued after individuals began realizing that it’s an outdated courtesy to switch seats with someone on a plane just because they asked. One TikToker went viral for sharing an on-topic story she had once gone through.

The TikTok video was posted by Cynthia Appiah, a 32-year-old Olympian Athlete who debuted in 2022 Beijing Winter Olympics where she represented Canada in the Bobsleigh category.

Plane seating used to be much more spaced out, where both first class and economy had some leg room. Nowadays, The biggest airplanes, like the Airbus A380, has 900 seats. That’s right, 900. Of course, this is only possible because seats are crammed so close together in all directions. In the current air-travel world, it costs extra to get a specific seat even in the economy section. You can choose between window, middle, or aisle.

With this new world, it makes sense that nobody wants to trade seats anymore. Unfortunately, the need to switch is sometimes still there. Parents get separated from their kids, couples get split apart, and people who may have a good reason to be near one another are suddenly on opposite sides of a giant aircraft.

Having to fly a lot for work, Cynthia has a higher chance of getting asked to switch her seat. She recalled one story and decided to share it on TikTok in hopes of getting some opinions on the topic.

Cynthia explained that she doesn’t like sitting for too long, or having to crawl over people to get to the bathroom and this is why she prefers isle seats. So, when she has some extra mileage points she decides to splurge on a pre-reserved aisle seat.

She explained that after she had already pre-reserved her seat, she boarded the plane to see someone already sitting in it.

After confirming her seat was the one someone was sitting in, she was forced to approach the situation head on.

Interesting approach from the woman in the seat, and not the best first impression. If she would have asked first, before just assuming Cynthia would be fine with switching, maybe she could have gotten better results. Either way, Cynthia said “no.”

She then explained why this topic baffles her.

The TikTok verified athlete posted a 3 minute long video to get conversation on the topic flowing.

Commenters seemed to agree that in today’s day in age, no one should feel entitled to switching seats.

And a quick word of advice to those who wouldn’t know what to say: