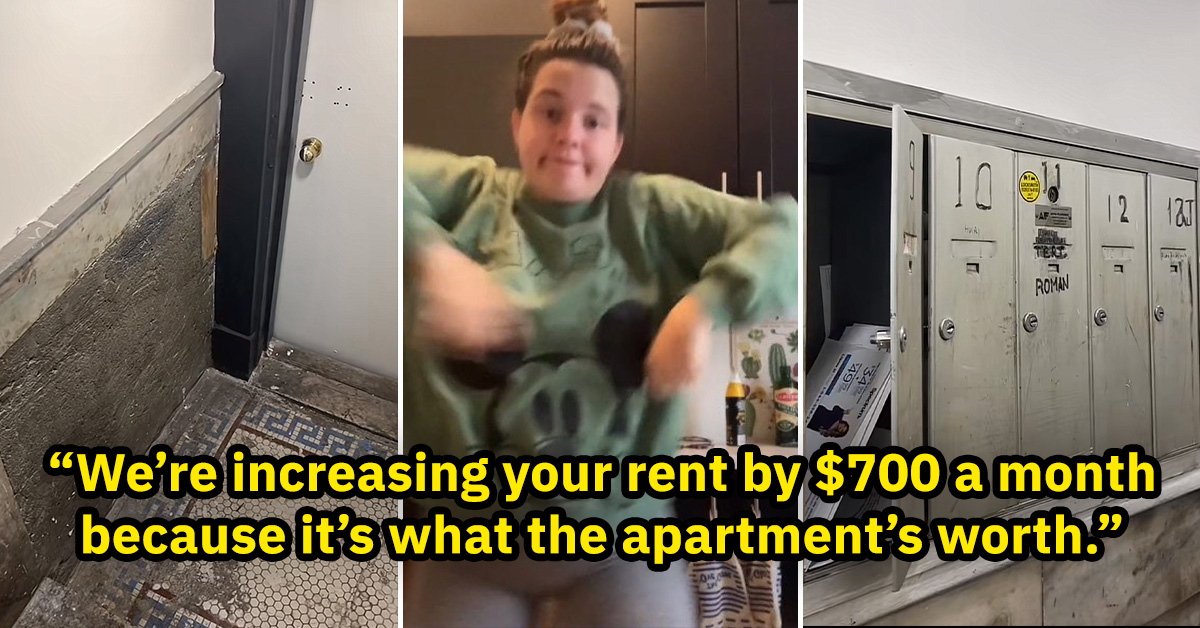 TikToker Grace James recently went viral for sharing an email from her landlord implementing a $700 rent increase on her apartment which evidently needs some work.

Speaking in a high-pitched voice James is seen mocking the landlord for their email claiming that the massive increase in rent is because “that’s the worth of the apartment.” 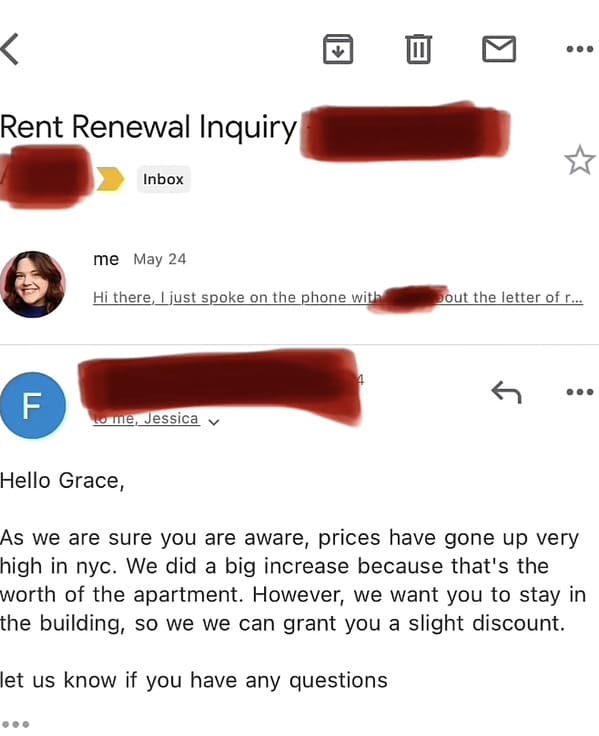 “Mmm hi Grace,” she says. “We’re increasing your rent by $700 a month because it’s what the apartment’s worth.” 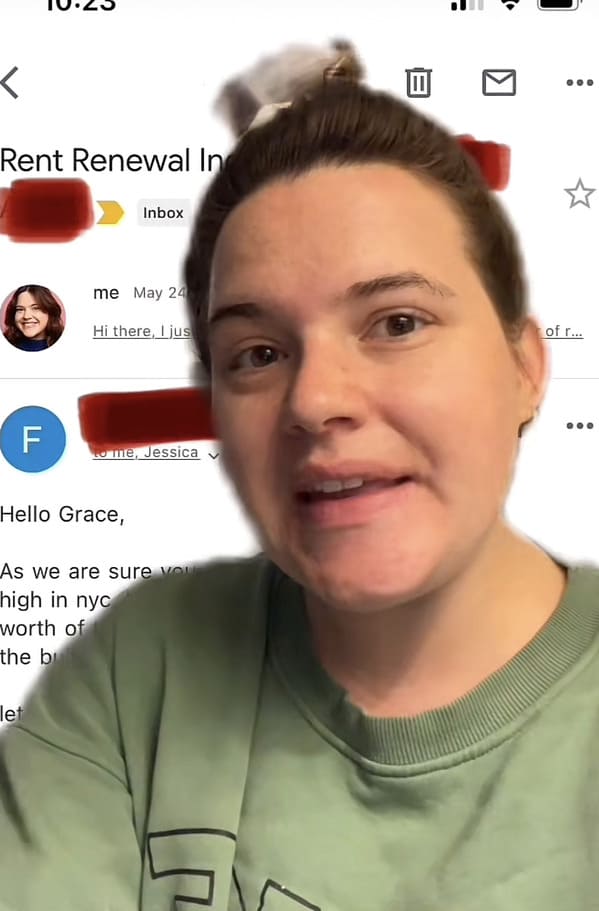 She continues repeating the phrase “it’s what the apartment’s worth” in a silly voice as she gives a tour of the complex in need of repairs. The entrance appears to have graffiti on the walls.

The mailboxes look old and dirty, one seems to be unable to close. 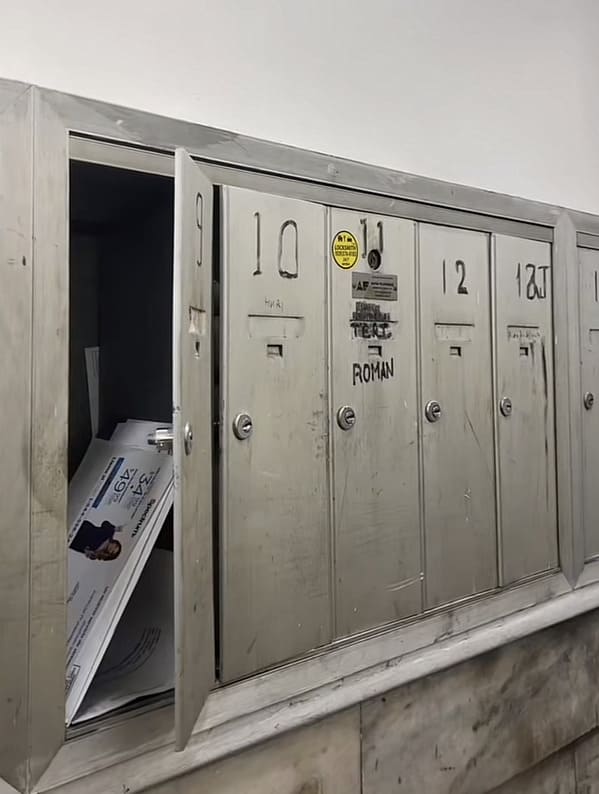 At the base of the stairs, you’ll notice the wear and tear on the floor and walls. 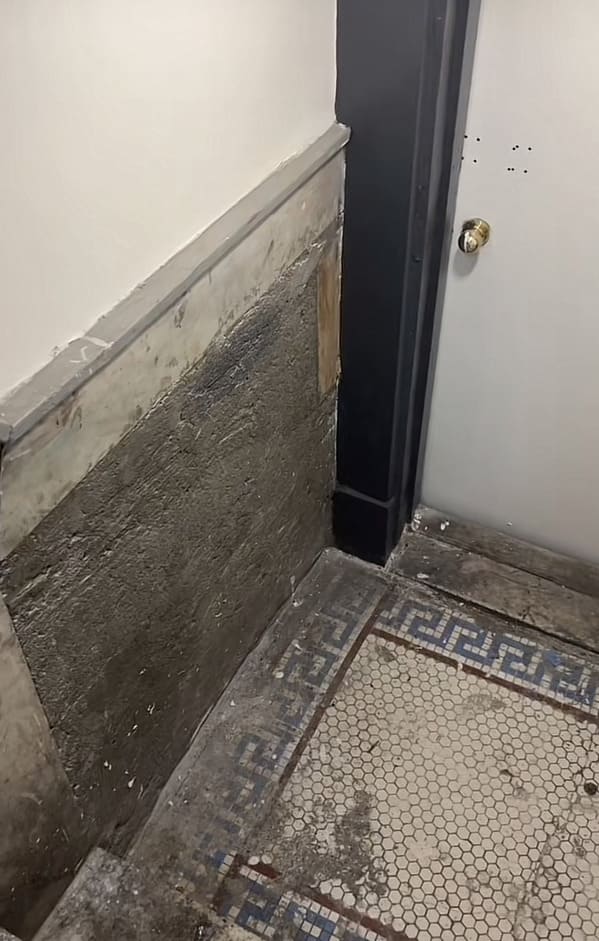 Exposed pipes that appear to be rusting. 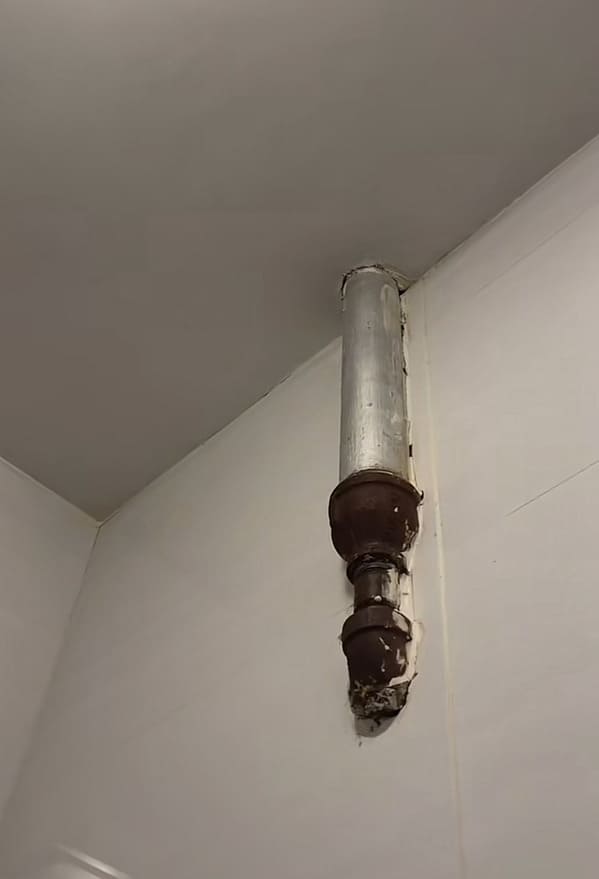 The floorboards are damaged, and potentially rotten. 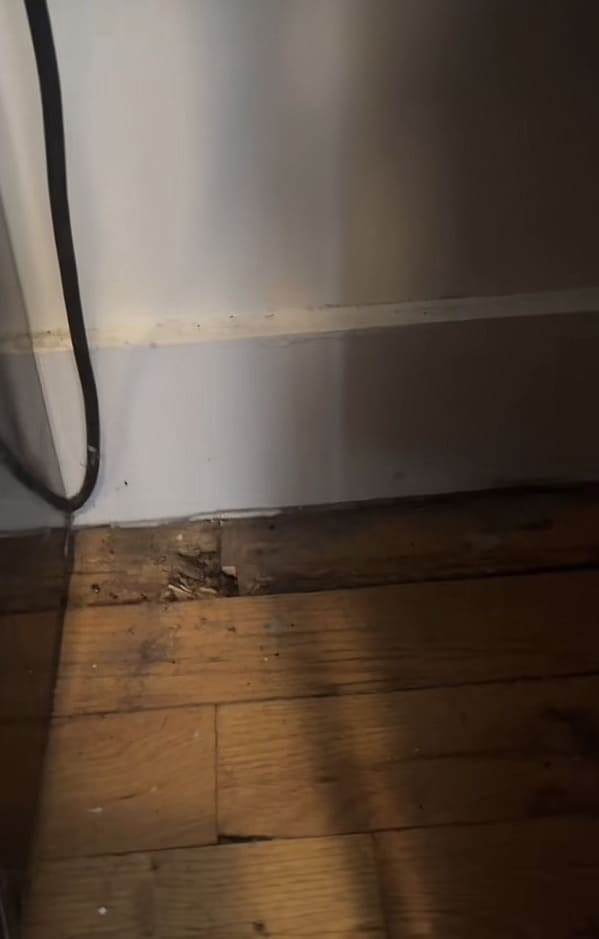 Paint shipping off of pipes: 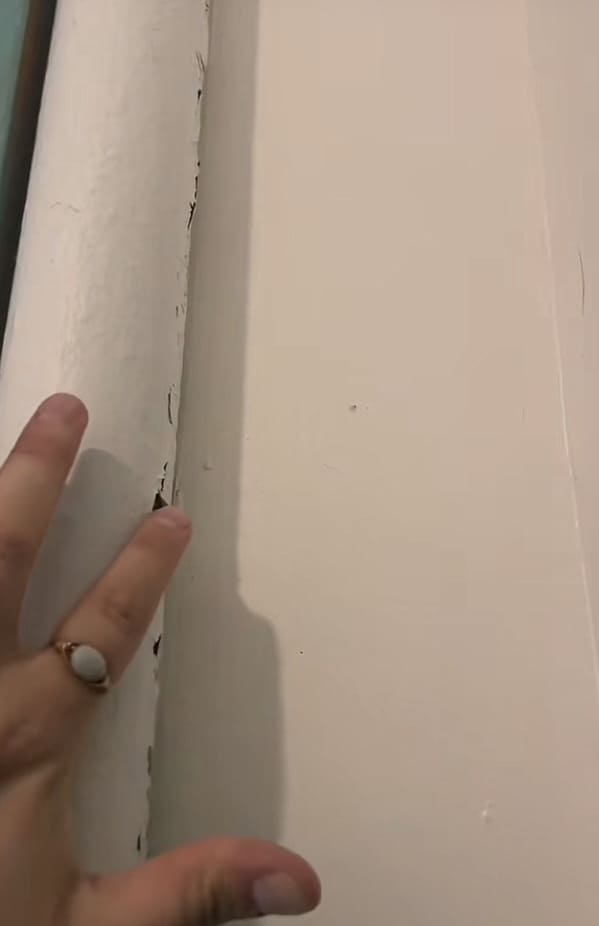 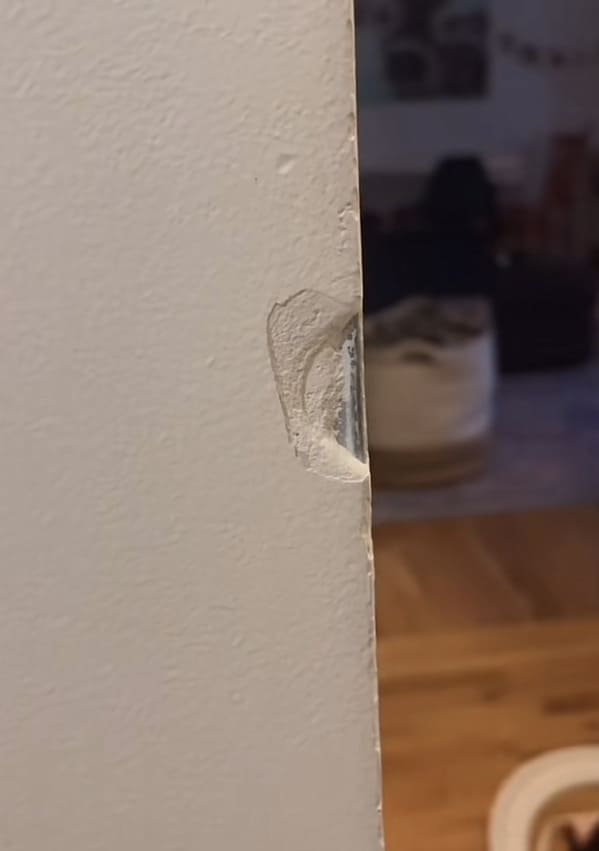 You Can View The Full Video Here

♬ Its what the apartments worth – Grace James

Commenters sympathized with Grace while many also disagree with her. Some said things like, “MOVE” which prompted grace to make a follow-up video. 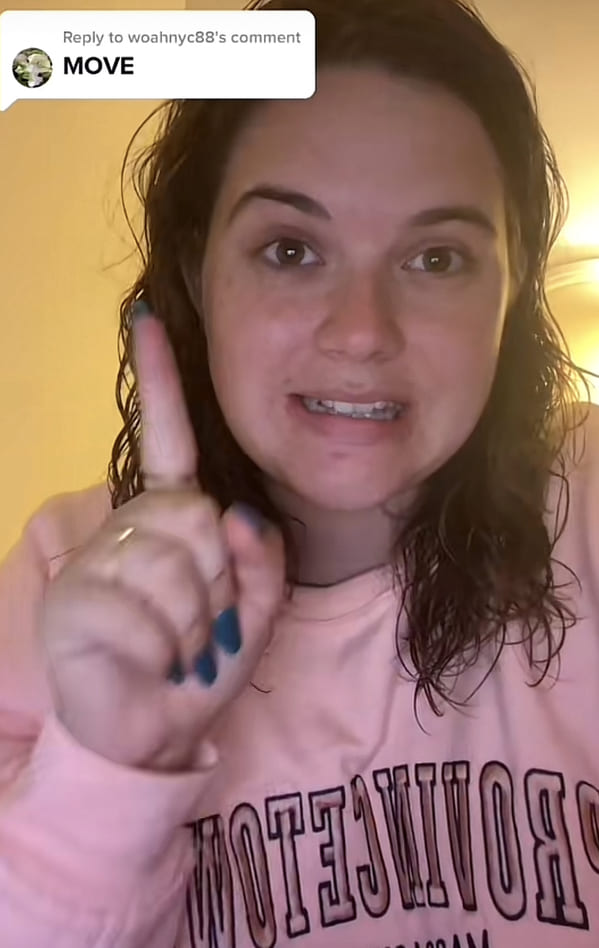 In the follow up she explains that by telling someone to just “MOVE” then the majority of folks would likely have to leave as they are essential workers who aren’t paid enough to make rent in the first place.

Other viewers added comments further explaining how moving isn’t necessarily as simple as it sounds.

“It costs money to move. If you live paycheck to paycheck (and no…that’s NOT the fault of the people for any victim blamers out there), how are you supposed to save for first and last rent plus the deposit for a new place? You literally have to be homeless for a few months to save that money.”

Others noted that it’s not only happening in cities like New York.

“This is exactly what is happening here in Hawaii. Where people are scooping up land to use as vacation rentals that price locals out.”