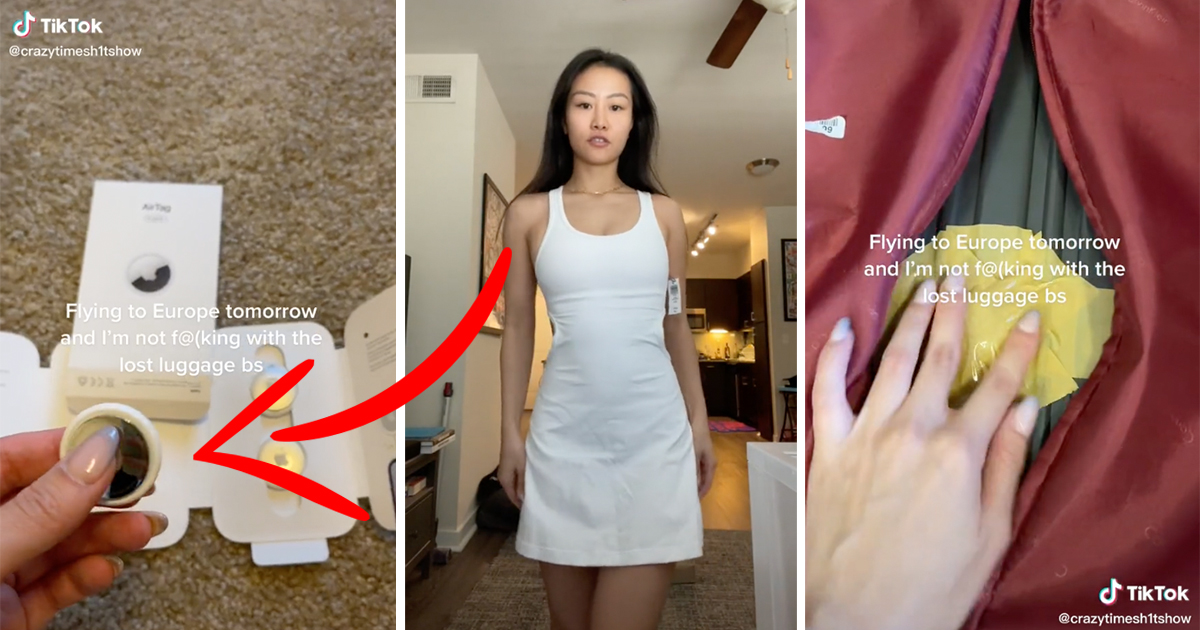 If you’ve ever lost your luggage through an airport before, you probably have some sense of how incredibly frustrating it is. If you haven’t, just imagine this: You just arrived in Athens, Greece. You’re getting off your day-long flight and are waiting for your luggage to come rolling around the baggage claim so you can grab it and get to your hotel bed without wasting another minute.

After watching all the bags slide down the conveyor belt, some even making two or three laps in front of your eyes, you still haven’t seen your suitcase, and you’re starting to get a little panicky. You go to the flight attendant help desk and ask if they have any information on your missing bag. At this point, they usually tell you they can’t locate your bag until it’s recovered elsewhere, then they’ll contact you with more information.

Disheartened, you grab a taxi to your hotel with nothing but your phone, wallet, a carry-on bag (if you planned ahead), and maybe a half eaten snickers bar. The next day, still wearing your outfit from the day before and slowly nibbling/salvaging the other half of your Snickers bar, you receive a call that your luggage has been found! Yay! Except they tell you it’s actually at an airport in Beijing, China, and you won’t be seeing it for another week…. at least…

That pretty much sums up what it’s like to lose your luggage in an airport, but never fear! TikToker allthatanddimsum has shared a super smart hack to keep this from happening, or at the least, speed up the return process.

In a video with over 5.3 million views, TikTok user Jenny (@allthatanddimsumm) offers her solution to the lost luggage issue: AirTags.

The video shows the user taping an AirTag to the inside of her luggage. In the caption she wrote,

“I am nothing without my clothes ok.” Which is completely valid.

Apple’s AirTag allows users to track their items using the “Find My” app. The device works by anonymously sending out a Bluetooth signal to nearby Apple devices to locate itself, then passing that location information on to the user, according to Apple’s website.

A New York Times article earlier this year supported this TikTok’s idea and advised travelers to put a device like an AirTag in their luggage. However, an earlier story from the same article seems to back up the idea that doing so could end up being ineffective. The article shared a story of one failed attempt at the AirTag method;

“Ms. Datta filed a lost luggage claim at the airport, but when the suitcase was not delivered to their hotel in Vienna the next morning as promised, she began emailing the airline, sharing the bag’s location (according to the AirTag) daily,” author Julie Weed writes. “She received no response.”

Some airline workers however, encouraged the idea of using AirTags, as it makes their job a lot easier.

“I work in baggage and the fact that people have started doing this is good because we don’t always get information on where the bag is,” one user wrote. “good job.”

“Everyone pls do this,” another agreed. “Every customer I seem to serve in work from Canada or the US recently is always in because the airline lost their luggage.”

Other commenters supported the idea, some even sharing their own personal experiences with the hack.

What are your thoughts on this hack? Is it worth it, or will it just have you staring at your luggage through the Find My app for weeks later, without any actual progress? Let us know what you think!