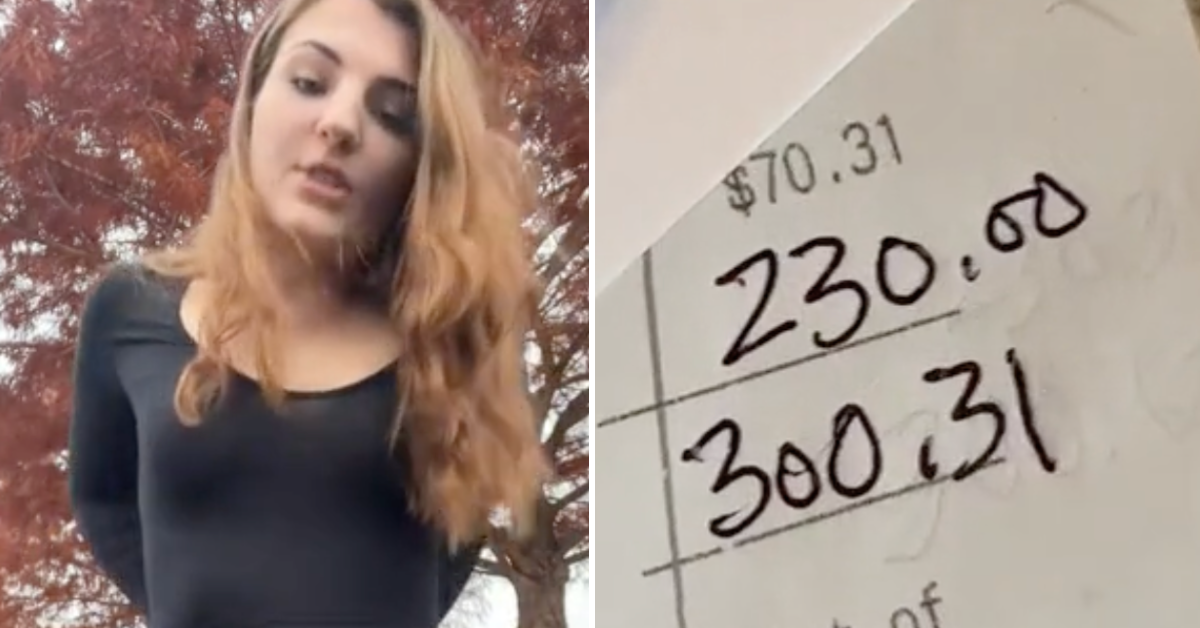 It feels wrong that wearing a certain kind of outfit at work will get you better tips, but a TikToker is sharing her trick to make more money. User @bonaocean says she makes hundreds of dollars in tips by wearing a simple black jumpsuit from online clothing store Shein.

“So for all of you girls that work in a restaurant, and you just have to wear all black, I have the best thing for you,” @bonaocean said. “Go buy these jumpsuits.”

The jumpsuit, which looks like something from Catwoman’s closet, is all black and made from a stretchy material. In her video, she shows two receipts, both of which include wild tips. One receipt has a pre-tip total of $15, and she received a tip of $200. The other shows she was tipped $230.

I’d like to think it’s just good service, but studies show that clothing matters when you work in the restaurant industry. One study in particular showed that waitresses who wore red were likely to received more tips from men in comparison to waitresses who wore other colors. So maybe buy this jumpsuit in red and you’ll be rolling in money.

In addition, there’s also a TikTok trend where waitresses talk about whether or not wearing pigtails on the job also gets them more tips.

“What happens if you wear the jumpsuit with your hair in pigtails?” one commenter said. “Do the men self-combust?”

Other commenters said it’s not probably that they would be allowed to wear the jumpsuit in the video at their waitressing jobs. And some commented that the type of restaurant one works at has a lot to do with both dress codes and tipping tendencies.