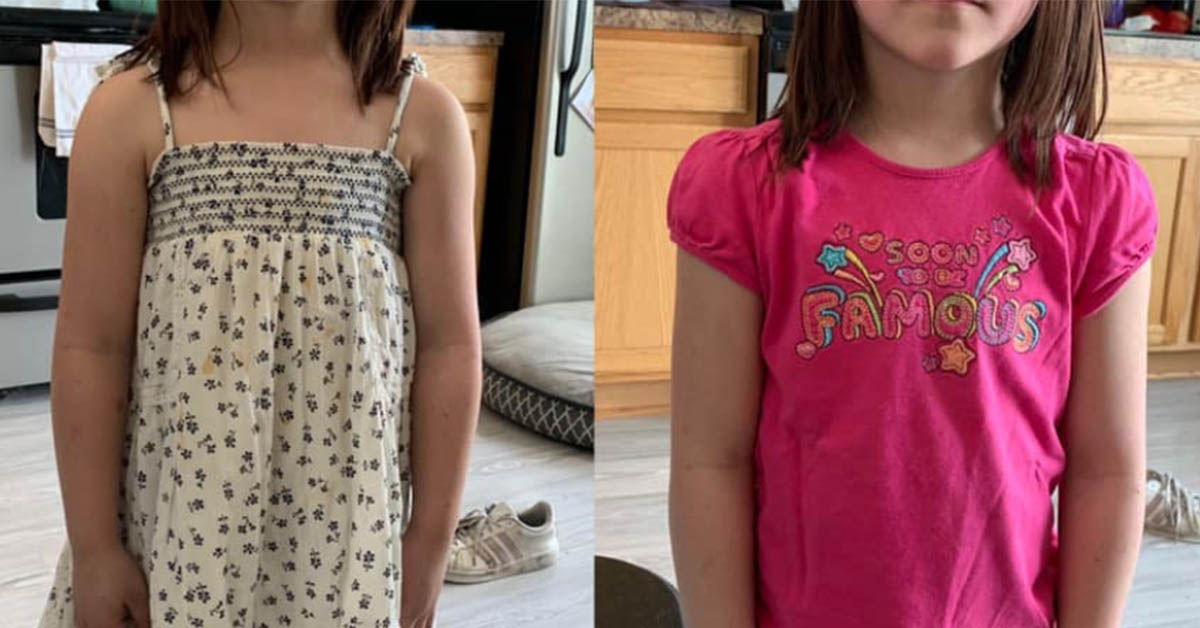 We’ve all read stories about schoolgirls being punished for violating the dress code — almost invariably to make male students and faculty feel more “comfortable.” But this sexualization of young girls usually applies to teens, not kindergarteners.

Recently, a 5-year-old kindergartner was forced to change her outfit in school after administration deemed the young girl was showing “too much skin.” Her mother, Emily Stewart shared the story on Facebook, saying:

Now, I knew the weather would be nice today. I sent her to school with a light sweater over her dress and jeans underneath of it. It’s a new dress that her grandma got her and she really wanted to wear it. we live in Minnesota and having 65 degree weather in April a week after a snow storm is everything to us in the Midwest. So, I thought “yeah it will be nice out you can wear a dress.” And that was the end of my thinking. It didn’t occur to me that an adult would look at my 5 year old child and think that wearing a dress was inappropriate.

She was told that she needed to leave class and go to the nurses office.

The nurse told her that she needed to cover her body and made her put on this T-shirt.

As a mother, how am I supposed to teach my daughter to love and celebrate her body when she has people telling her she “needs privacy.”

What exactly is private about a 5 year olds shoulders?

Why is it ok to put my daughters bare shoulders before her education?

Why was her dress looked at as an inappropriate outfit to begin with? She is 5 why is she being sexualized?

I asked her when I picked her up “why are you wearing a T-shirt?”
She said “I was told I had to put something on because I need privacy.”
I then asked “how did that make you feel when they told you that?”

She was excited to wear that dress to school and show her friends and play in it on the play ground.

She said to me “I don’t know why they told me I couldn’t wear my dress it was super embarrassing.”How do I teach a little girl that what she wears and her appearance is not nearly as important as her education and self development when things like this happen?

Stewart also shared a video on Facebook live, discussing in detail what went down and how she feels about the school sexualizing her 5-year-old daughter.

Updates, policy review and discussion on my 5 year old having to change clothes at school

Many people online were outraged to see that adults were that uncomfortable with a 5-year-old showing her shoulders in class.

As it turns out, Stewart’s Facebook video and commentary made waves online. Stewart was featured in countless news segments from town and, after, ISD 264 where her daughter attends school sent out an email announcing changes to the language of their dress code.

Stewart posted the update and the email online, stating that they removed the rule that allows determining sexualization based on a child’s outfit.

Way to go, Mom—that’s how you stand up for your child.