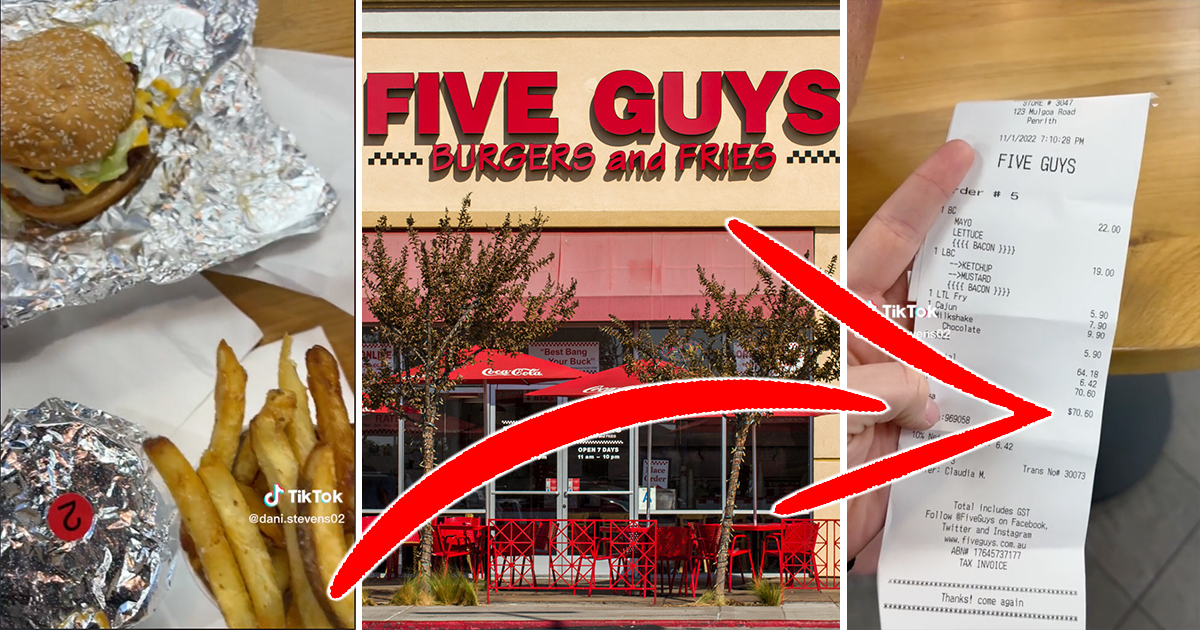 It’s no secret that inflation is crazy these days. But Dani (@dani.stevens02), an Australian TikTok user, stunned the internet recently with how expensive her meal from Five Guys was (scroll to the end for the full video).

According to a receipt she flashed, Dani went to a Five Guys burger joint in Penrith, New South Wales, Australia.

She and her boyfriend got two pretty standard meals: two burgers, two fries, and two drinks.

Not too expensive, right? Wrong.

She was stunned by how much it cost — more than $70 AUD. (If you’re wondering, we did the math and that translates to about $46 in US dollars.)

But either way, that’s a lot. As she put it, “It wasn’t a gourmet meal, just some chips, and some burgers.”

Here’s a look at what she got:

Not surprisingly, her review was bad. “Yeah, it was alright but definitely not worth $70. Not going back.”

The video went viral, with more than 1.6 million views. And commenters weren’t impressed with the bill, either.

Suffice it to say, Five Guys lost a customer.

Here’s the full video. Do you think she got her money’s worth?