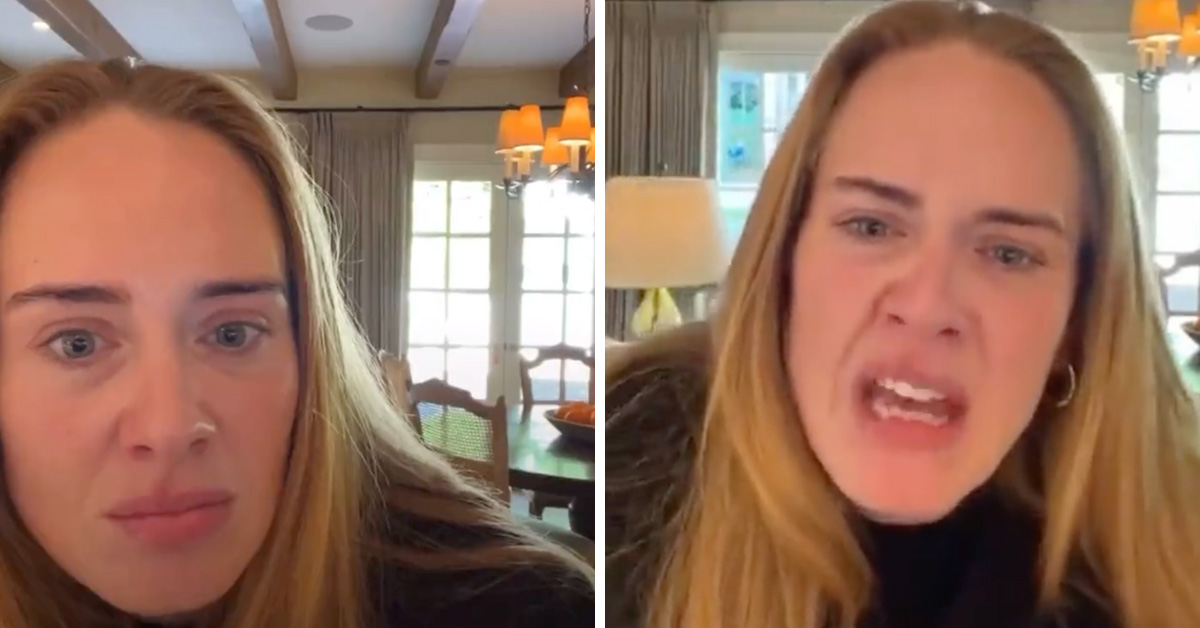 So we all know Adele hasn’t released anything in five years, right?

But earlier this month, it seemed like Adele was teasing the title of a new album, 30, with signs in random spots.

Last week, she also released a tease of her single, Easy On Me.

To promote the new album, Adele took to Instagram Live to chat with fans and play a little bit of Easy On Me.

She chatted about how she loves Britney Spears.

She also said she wouldn’t be collaborating with Peppa Pig:

Then a fan asked, with absolutely no warning or indication of incoming insanity, what Adele’s “body count” (AKA the number of sexual partners she’s had) was.

Apparently a lot of fans on Twitter forgot she was British, but. Y’all. She British…

“What does that mean?” she wonders. Her nails click, as if she’s ready to move on. Check out the video below:

@gford606 wrote, “To the person that asked that question “SHAME ON YOU”. It’s one things to enjoy listening to someone music and even ask how you’re doing every now and then it totally different to invade someone privacy and that is what some of do all the time “CROSS THE LINE”. Preach!

@Giveme6feet noted that the meaning of ‘body count’ has totally changed: “I’m sorry but a body count was a hole different thing when I was growing up, we used to ask how many notches. You would have never asked someone outside of the military their body count back in the day and even then they best be a close friend.”

And the delightful @skybanno wrote, “‘Body count” is about the dumbest way of saying it. Literally sounds like “how many bodies do you have stored in your shed?””

And yes, my friend, it does indeed sound like that.

Anyway, we’re here for Adele’s music. Not this goofball question.