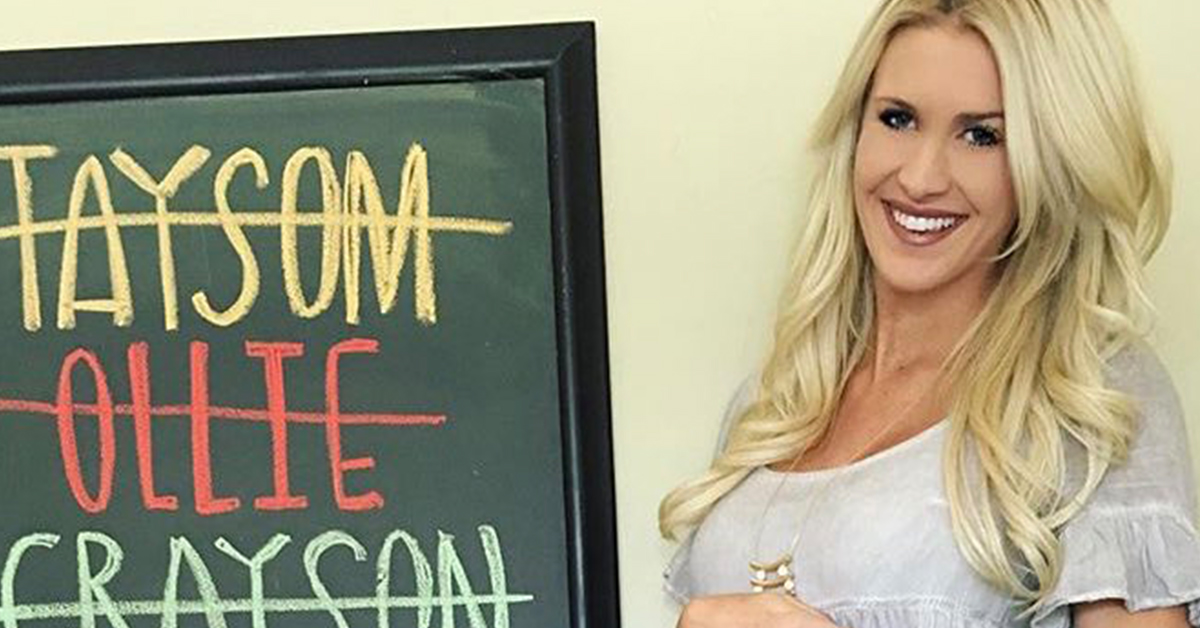 You may remember an old, viral picture of a blonde white lady, holding her pregnant stomach alongside a chalkboard listing what came to be known as the “whitest ever” baby names.

There are five name choices on the blackboard: Taylee, McKarty, Nayvie, Maylee, and Lakynn—with this last one circled as the final choice.

What you may not know, and which I myself just learned after extensive research (a Google search) is that 1) this image was taken a full seven years ago and 2) the mom-to-be’s name is McKinli.

The first fact I just found interesting—it seems like just yesterday we were collectively roasting McKinli’s baby name choices!—but the second I feel gives us some insight those choices. ‘McKarty’ makes far more sense for a baby name when you realize it’s coming out of a woman named McKinli.

Anyway, McKinli is pregnant again! She was apparently completely unfazed by the entire Internet making fun of her first baby’s name, and decided to do it all over again, chalkboard and all!

This time, McKinli appears to be pregnant with a boy. And it appears as though she’s landed on Tatum, after considering and crossing off Taysom, Ollie, Grayson, and Asher.

McKinli’s second baby-name photo went viral after it was posted by Twitter account @bonerhitler, who captioned it, “Someone needs to take the chalkboard away from this lady…”

Someone needs to take the chalkboard away from this lady… pic.twitter.com/IQkQMNJOr4

To be fair, the boy names aren’t nearly as bad as the girl names were. Ollie is adorable, and the rest (besides ‘Taysom’) are totally fine and already belong to real human beings.

Let’s also note that it’s gross to sh—t on people for wanting to give their kids unique names. Everyone wants their kid to be unique! And yet, this is partly what the Internet is for: feeling superior to strangers based on choices that are of absolutely no consequence to us.

Also, these jokes are really good. Sorry, I don’t make the rules.

This would never be allowed under communism

There’s a 1000% chance that this lady “owns her own business” selling essential oils.

Inspiration for her next child pic.twitter.com/futMPWnqmM

The hearty roasting from @bonerhitler prompted jokes from around the Twittersphere. Many suggested other potential (REALLY GOOD) baby names:

Others made jokes of..a different sort.

This guy wins though:

This would never be allowed under communism