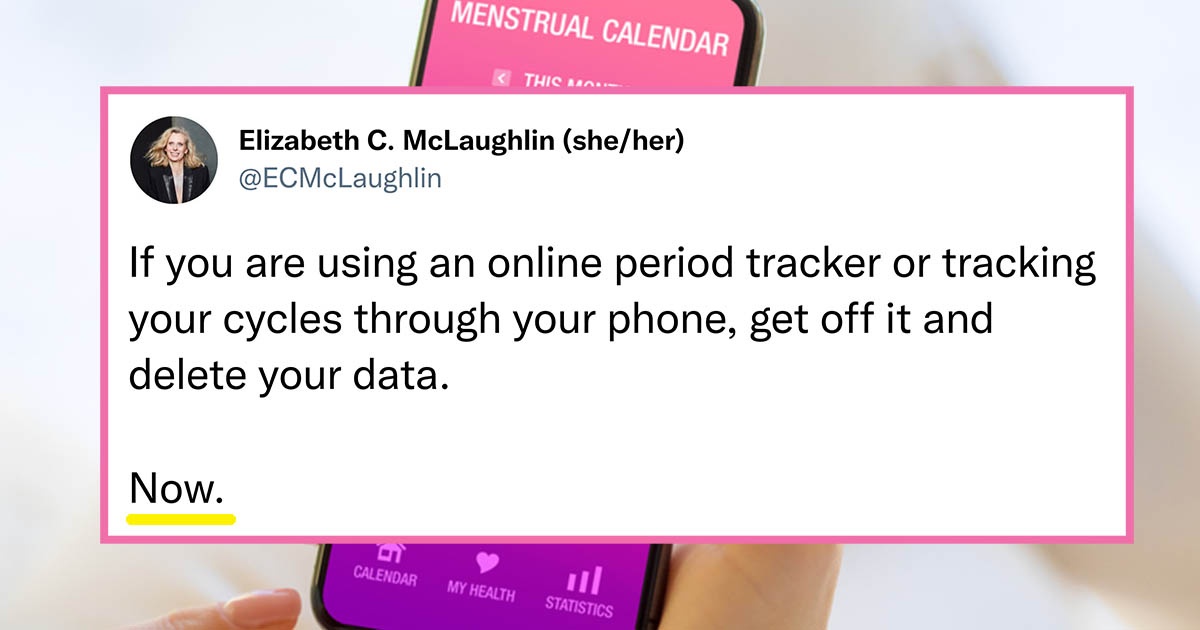 Activist and Twitter user @ECMcLaughlin is presumably one of the people who feels Democrats are unlikely to pass laws protecting abortion access as it stands, and took to Twitter to share a pretty scary story about period tracking apps and why women should delete them, and all their data.

The story, which has gotten nearly 50K retweets at press time, highlights how data is being used and how it could harm women in the future

She begins her now-viral thread:

The thread then breaks down the many reasons why starting with some history of how similar apps have gathered and sold data in the past.

McLaughlin then links to the NY Times article about leaked data from the period tracker Flo.

And then shares how Flo is being sanctioned by the FCC:

But her thread goes on, sharing yet another viral thread about the men who stand to gain financially from tracking women’s periods, and presumably whether or not they’d be interested in abortion services.

Naturally, women who were learning how their period data could be used didn’t react particularly positively, because, well, even if you weren’t upset at this news, data privacy is kinda hot button right now.

Just something to know, ladies! Stay safe out there.