I enjoy funny proposal stories. There’s something really endearing about seeing people who love each other get creative with their engagements.

But then someone goes and puts an engagement ring on a cow’s udder. 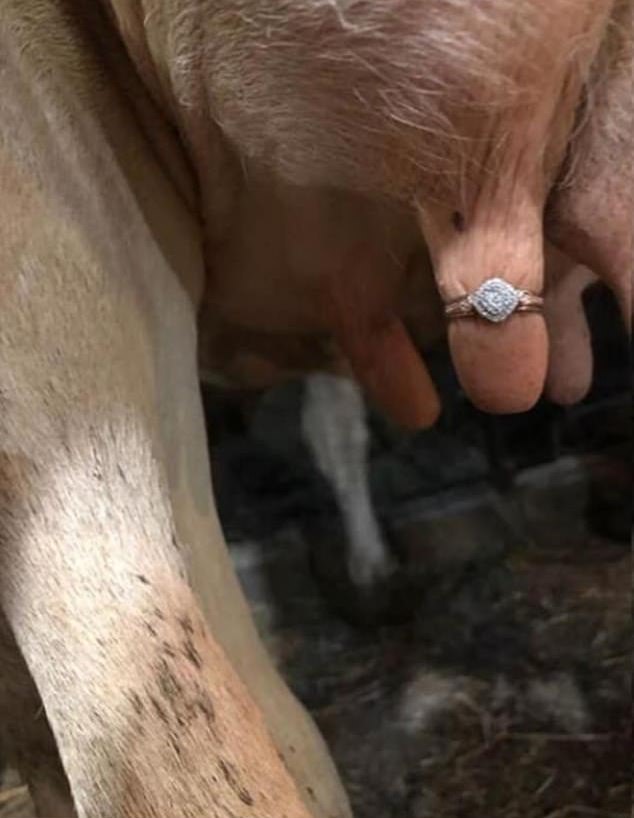 The engagement post was shared by a woman from Singapore in the global, 18,000 member Facebook group That’s It, I’m Ring Shaming: The Wreckoning.

She said the original post had come up on her Facebook feed and that the person who shared the picture was a farmer.  “Shaming the ring and the whole photoshoot,” she wrote. ‘The person is a farmer. Still doesn’t excuse his bad taste. And is this considered a nipple ring?

“If my eyeballs are forced to suffer through this nonsense I’m dragging everyone down with me,” she added.

Members of the Facebook group were horrified at the grotesque visual. Many thought the ‘funny proposal’ wasn’t so funny, and were concerned for the cow’s well-being.

“This is the worst thing I’ve ever seen in my whole life ever and I’ve watched Friends six times,” one said.

“F***ing gross. The animal does not deserve being abused in this fashion,” another member wrote, drawing attention to the pain the cow possibly felt having a small ring constraining her udder. 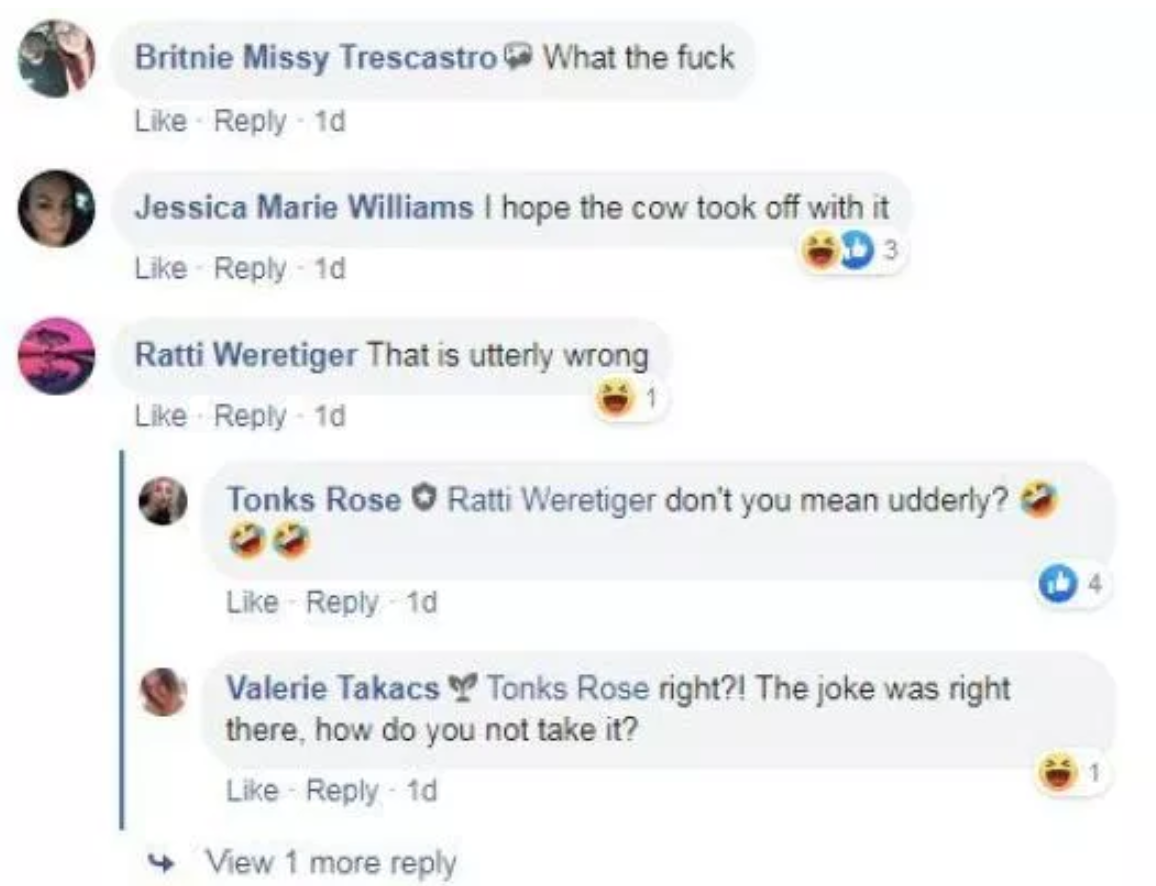 “He probably just shoved it on the poor cow’s udder. It may be a tight fit and the poor thing may be in some pain,” another noted.

I’ve never milked a cow, but I have nursed an infant — and if anyone tried to do to me what this farmer did to his cow, they would be in for a world of pain. 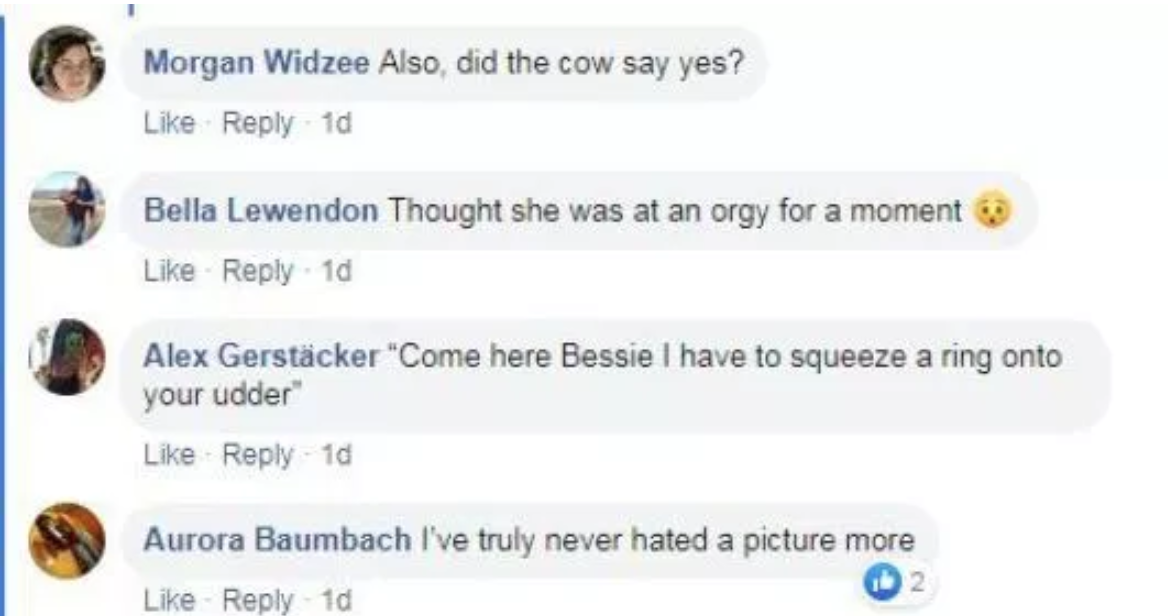 As you can imagine, there were tons of shameless puns using the word “udderly” as well as dairy jokes.

“He’s really trying to milk the proposal,” some clever soul joked.  “How dairy propose like that?!” asked another.

I don’t know if the proposal went well. Maybe the farmer’s intended was deeply mooooooved by the gesture (sorry, I had to).