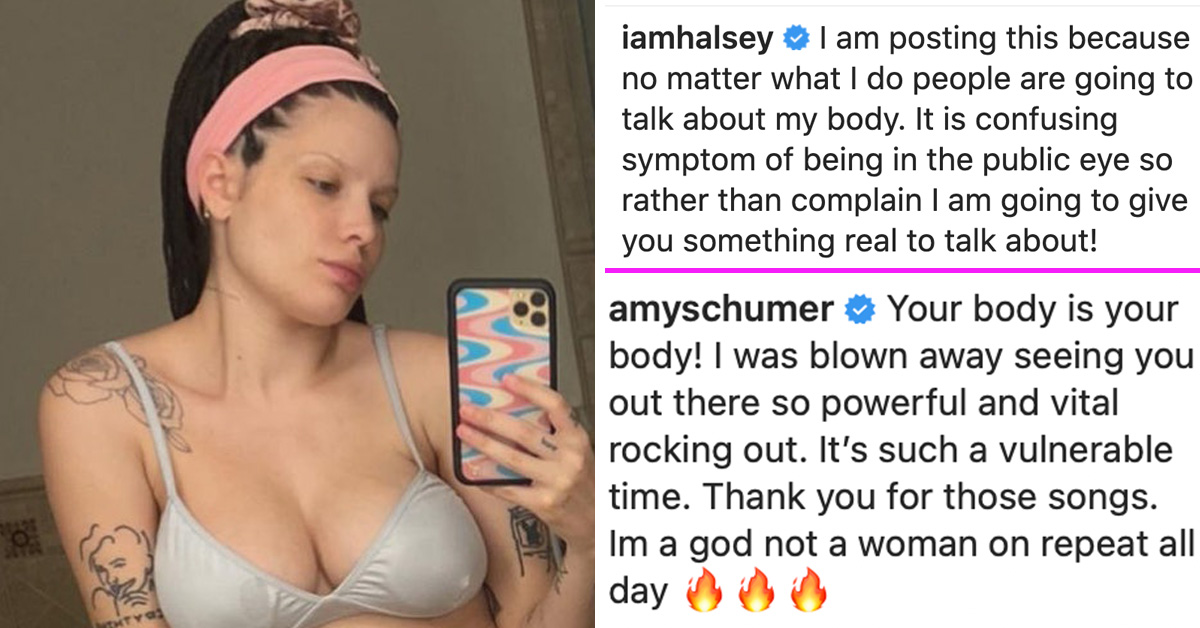 Baby Ender Aydin was born on July 14 of this year to 27-year-old singer Halsey. Ender, Halsey’s first child, was world-changing for them. And body-changing.

This past weekend, only three months later, Halsey performed their 5th Saturday Night Live appearance. Many viewers praised Halsey’s appearance, and made comments intended to be positive about how great they look after having given birth.

While Halsey understood the commenters had good intentions, they had complicated feelings about the content. The singer took to Instagram to communicate their thoughts about society’s body standards for women and femmes.

“I am posting this because no matter what I do people are going to talk about my body,” they wrote. “… I did SNL two nights ago and a lot of people were quick to say how good I looked. That was a weird feeling.”

Halsey went on to explain in detail that, “the body behind all those compliments the other night was wearing a custom-tailored outfit and lighted perfectly after much testing, so I could feel good and do my job. I do not want to feed the illusion that you’re meant to feel and look ‘great’ immediately postpartum.”

And, while Halsey is obviously privileged with financial (and other) resources that most new postpartum parents do not have access to, they made the point that new parenthood is really difficult and energy-draining for anyone doing it themselves. They are not interested in making that job even harder by helping to normalize ridiculous (and unhealthy) body standards.

“If you’ve been following me because you’re also a parent and you dig what I’m doing, please know I’m in your corner,” they continued.

“I will never have my ‘pre-baby body back’ no matter how it changes physically because I have now had a baby! And that has altered me forever; emotionally, spiritually, and physically. That change is permanent. And I don’t want to go back!”

It’s nice to see someone with a huge platform use it to normalize different weights and shapes for femme and female bodies.

But it’s even more refreshing to hear a celebrity articulate that what makes their body truly amazing is what it allows them to do—such as create life, birth it, and sustain it. There shouldn’t be an expectation to “go back” from that—it’s a truly amazing place to be, and a body that’s done all that should be celebrated instead of expected to change.