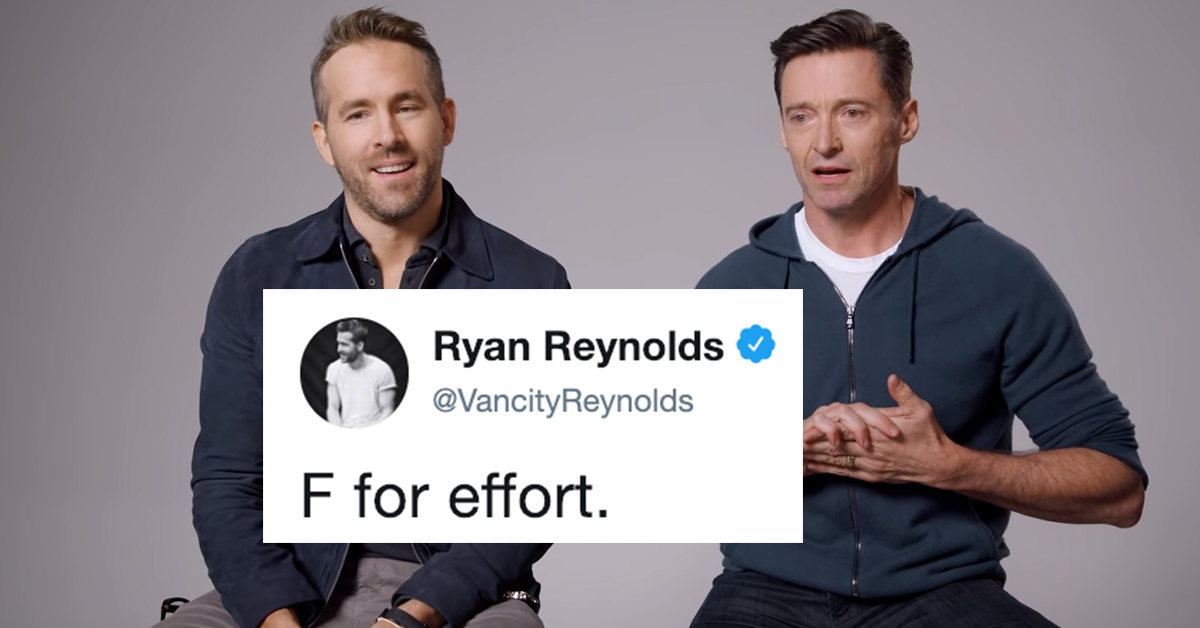 Are we surprised the truce was broken not even one week after it was made?

Hugh Jackman and Ryan Reynolds promised to call off their long, well-documented legacy of trolling one another last week. Each agreed to make an ad for the other’s company to note their fresh new amicable start—Reynolds pushing Laughing Man Coffee and Jackman peddling Aviation Gin.

Six days later, and the frenemies debuted a video unveiling their ads for one another. One of the ads was (predictably) not quite what the other was expecting…

While Reynolds’ coffee ad was hughnormously hughsterical and even borderline genuine, Jackman’s ad consisted of dissing Reynolds, then tilting the bottle of gin on its side to empty all over the coffee table.

This has got to be the craziest effing cross-over marketing campaign in the history of fffuuucking ever!!!
GREAT JOB, GUYS!!

I wanna get drunk and drink COFFEE!!!!!

The ad mostly served to highlight our need for a Deadpool X Wolverine movie collab, while ensuring that this is one Hollywood truce we will (luckily) never see come to fruition.

When @RealHughJackman poured the gin out on his table that was the incing on the cake for me. LOL These guys need to do another movie together.

Holy shitballs, I needed that laugh.
Y'all are the only frenemies who could have made me use that word.

The hughnormous friendship that just keeps on giving.