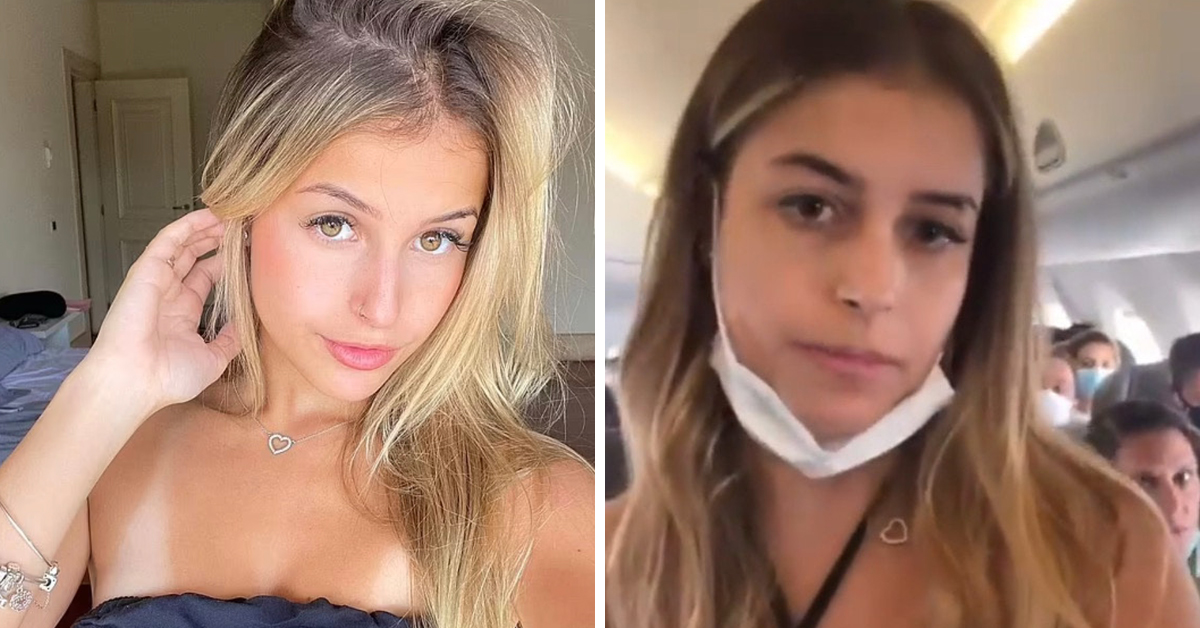 A fitness influencer, Anna Clara Rios, shared a video of herself confronting a fellow passenger on an airplane after he, she claims, “took photos” of her while she was asleep.

Rios posted the story on her Instagram stories and the incident quickly went viral.

The incident took place as Rios was flying home in Brazil on December 14th.

In a clip that seems to have been shot on the plane, Rios says, “I am shaking with rage. This gentleman here was taking photos of me while I was asleep, they had to let me know to move me.”

“My first reaction [to the flight attendant] was, ‘I work on social media, he must have recognized me.’ But she said to me, ‘I don’t think that’s it, while you were sleeping, he was zooming in and trying to see what was under your dress.'”

Anna confronted the man and told him to give her the photos off his phone. She also says that he sent the pictures to a friend via WhatsApp.

“I felt very vulnerable and insecure so I told the flight attendant that I was going to confront him because I wanted him to delete the photos from his mobile phone,” Rios said.

“I went to him feeling that my privacy had been invaded, I said this was not right, that I could be his mother, sister or daughter.”

She also took a screenshot of the message sent via WhatsApp and gave it to police.

After the altercation, Rios says that Federal Police were waiting to escort the man off the plane once they all landed at Belo Horizonte International Airport.

The officers are shown speaking to the man and he is led off the airplane by the police while the passengers on the plane cheer.

Rios’ boyfriend, Brazilian YouTuber Enaldinho, also gave a statement to police. Rios concluded that while the man was taken in by the police, he was not arrested; he merely gave a statement.