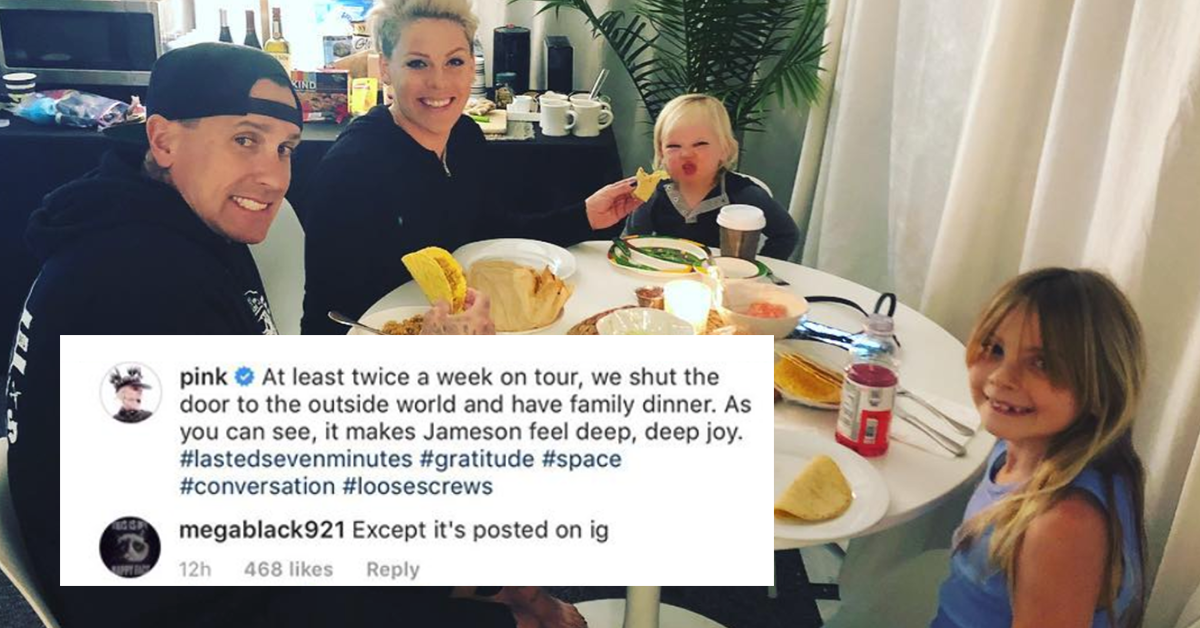 It’s not easy being a celebrity. You’re constantly being watched and judged by fans and non-fans alike, who are ready to critique any part of your life that they take issue with. It’s enough to drive anyone nutty.

Recently, Pink shared a photo of her family having dinner together while she’s on tour. For musicians, going on tour usually means spending time away from your family. But Pink decided to bring her kids along for the ride. She does, however, find time twice a week on tour to have a “family dinner” where they shut the doors, leave the outside world, and focus on each other.

She shared the photo of her family having tacos together at a small table in a venue. It truly is adorable.

Of course, there was a troll online who judged her, saying that it’s not “really closing the door on the outside world” if she’s posting it on Instagram. The troll was implying that she was posting it on social media to make herself feel and look better.

Hilarious! Only Pink would be able to handle herself with such charisma and class—with a punchline, too. Especially because she is no stranger to sharing her kids on her Instagram page.