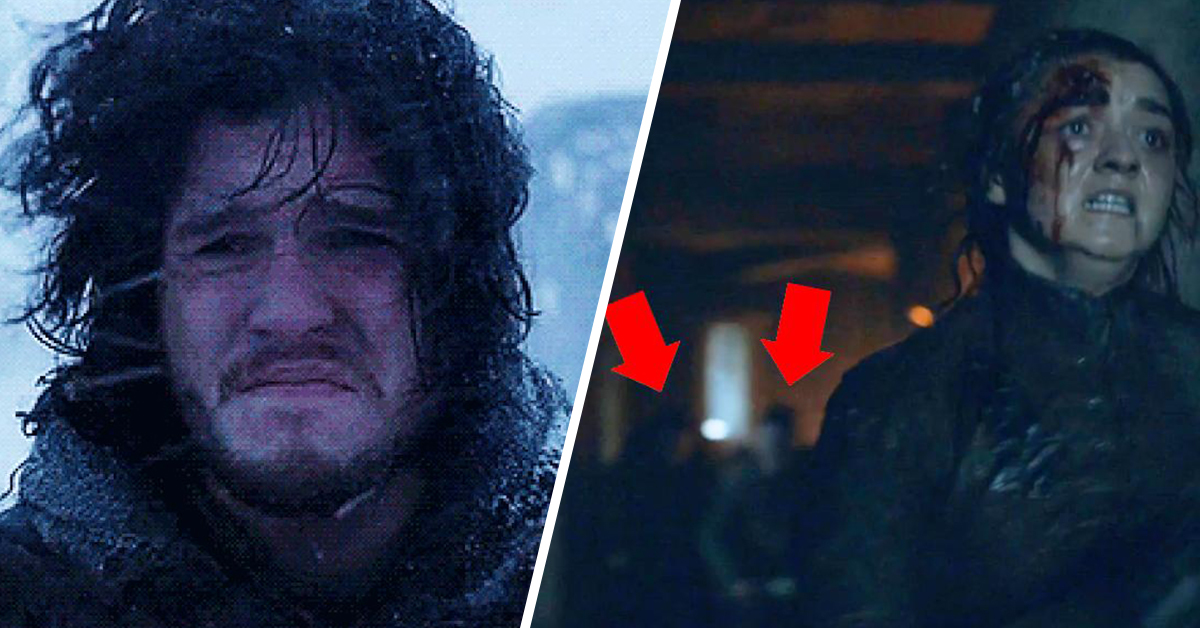 As all Game of Thrones fans learned in the first two episodes of Season 8, the Army of the Dead is hours away from Winterfell.

The battle, which has been shaping up throughout the last few seasons, is upon us once and for all. And though Jon Snow organized quite possibly the best army in the Seven Kingdoms, there are those who need protection off the battlefield.

Jon Snow, genius that he is, decidedto hide all of the women, children, and even Daenerys herself in the Winterfell crypts—next to the dead Starks.

While it seems like keeping these people underground, away from the battlefield, is a brilliant idea—there’s one huge problem.

Twitter users swiftly pointed out that hiding everyone in the crypts is probably a dumb idea, seeing as the Army of the Dead can raise the dead.

ah yes. the crypts. the safest place to put defenseless people when fighting an enemy that can ｒａｉｓｅ ｔｈｅ ｄｅａｄ

Here’s how the Night King works when he “turns” people to join his army. There are two different kinds of fighters—White Walkers and Wights. White Walkers are those that the Night King and his army kill and turn into dead soldiers, whereas Wights are resurrected corpses.

Plus, it’s important to consider just who is buried in the crypts.

Many of the Starks who have been killed are buried in the crypts of Winterfell, including Ned, Lyanna, and Rickon. It’s been said that Cat and Robb’s bodies were not brought back to the crypts after they were murdered during the Red Wedding. However, it’s a scary image to think of—zombie Ned Stark fighting his offspring to turn them over to the Army of the Dead.

There is also a theory floating around that the Night King may want to march on the crypts of Winterfell to see if there is something buried with Lyanna Stark.

Seeing as the crypts have played such a major role in the unveiling of Jon Snow’s true identity as Aegon Targaryen, some believe it will continue to be a major set to push this storyline forward. Lyanna Stark, Jon’s mother, is buried in the crypts of Winterfell—some believe she was buried with belongings of Raegar’s.

Some believe it could be Raegar’s famous harp buried with Lyanna—it has been mentioned multiple times throughout the show that “liked to sing.” But, others believe it’s possible that Lyanna is buried with dragon eggs, which the Night King could be well aware of considering his connection to Bran Stark and his ability to see into the past.

If Lyanna is buried with dragon eggs, the Night King could want to resurrect her and take the dragon eggs for himself to turn them into more Wight Dragons.

To add to this, Jon Snow has repeatedly told people to “burn the dead” so that the Night King can’t turn them into Wights. Which leads us to question—why does he believe that the crypts of Winterfell are safe at all? And, why put some of your most valuable people down there?

Clearly, it seems like a bad idea from any fan’s standpoint. And, let us not forget that in the very first trailer for Season 8, we see Arya Stark running through the crypts of Winterfell bloody, afraid, and being chased by someone.

Could it be that she’s being chased by her dead relatives?

A brightened screenshot from the #GameofThrones S8 trailer reveals two people chasing Arya, who do you think they are? 😳 pic.twitter.com/RlItunGPRW

And, another Twitter user reminded us that in Season 2, we learned there are hidden passageways in the Winterfell crypts.

I JUST REWATCHED THIS.

In season 2, we found out Winterfell has hidden passageways.

Now, everyone says the crypts are the safest place to be.

NAH. EVERYONE DOWN THERE IS A GONER NEXT EPISODE. #DemThrones #GameofThrones pic.twitter.com/pzCcQg9f6V

Twitter has been wondering why TF anyone believes the crypts are the safest place to be and judging Jon Snow and everyone involved in this ploy to stuff people down there.

There's one thing I'm absolutely certain of in the year of our lord 2019:

The Crypts of Winterfell are not safe.

I can’t stop thinking about how they’re putting all of the vulnerable people in the Winterfell crypts.

As the guy who can raise the dead arrives. #GameofThrones pic.twitter.com/FeBpYNVyeQ

A lot of emphasis is being put on how safe people will be down in the crypt. But…I don’t know, y’all. #GoT pic.twitter.com/l7lYxy3zQi

By my count no less than six characters on tonight’s GAME OF THRONES assured other characters that the Winterfell crypts were “the safest place.”

Everyone in Winterfell: The crypts are going to be the safest place during the battle

When everyone repeatedly mentions how safe the crypts are #GameOfThrones pic.twitter.com/1MsPNW6e3b

Everyone: The crypts are safe
The crypts: #GOT pic.twitter.com/lTqdynGgxS

However, one Twitter user did spill from tea from the novels, explaining that the Starks are “buried with their swords on top of their tombs” because apparently, they hold magic that prevents the spirits from rising up.

Okay so some tea about the Winterfell Crypts from the books. The reason why all the Starks are buried with their swords on top of their tombs is because there’s some magic in the swords to stop spirits from rising up.

Will the Ned Stark rise again to fight his own offspring? We’ll have to wait until Sunday to see.